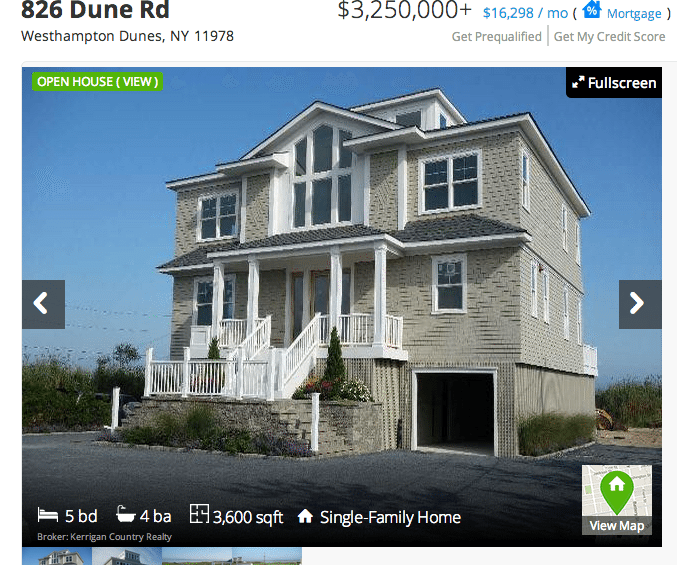 Over 60 people now own a Hamptons mansion nearing completion.

But the property, listed tentatively at $3.25 million, isn’t a finely tuned timeshare.

Its scores of owners are investors who collectively gobbled up a little under half of the home’s equity for $1 million in a deal engineered by the real estate crowdfunder Fundrise.

The deal shows that crowdfunding can help investors tap luxury properties for returns, not just mid- to low-tier residential properties, and retail and commercial spaces.

And it also highlights how developers can use crowdfunding to cash out equity in projects before they’re even completed.

Until recently, Chatham had 100 percent equity in the property. But the company sold some of that equity — 45.4 percent, to be exact — for $1 million to Fundrise investors.

That $1 million will go towards completing the home. But if there’s any left over after construction concludes, Chatham can pour it into new projects.

“The Fundrise preferred equity raise will go to pay down the developer’s equity (by the $1 million we are raising),” wrote Kendall Davis, an investment associate at Fundrise, in answering questions from potential investors on the investment’s Fundrise page. “This is so that the developer has more capital freed up to invest in other projects.”

The investment is projected to generate a gross annualized return of 10.5 percent for Fundrise investors when the property sells.

Fundrise recently closed $31 million in a funding round that’ll help it expand its offerings. Some of its deals allow anyone to buy shares in properties for as little as $100.

But most are available only to accredited investors, people who are worth at least $1 million or have made at least $200,000 a year for the last two years.

The startup is competing in an increasingly crowded space, occupied by players including Realty Mogul, RealtyShares, iFunding and PeerStreet.

What’s so special about real estate crowdfunding? It makes property investments more accessible and transparent to a wider range of people than real estate syndication, its predecessor. 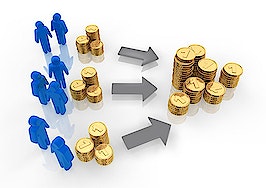 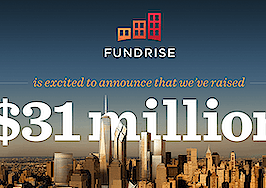 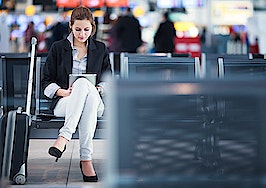 Crowdfunding mobile app lets you buy a stake in a property 'with just a few taps'
Back to top
Be part of the community driving real estate forward. Join thousands of top-producers at Inman Connect Las Vegas this August.Learn more×
Limited Time Offer: Get 1 year of Inman Select for $199SUBSCRIBE×
Inmanpot
Log in
If you created your account with Google or Facebook
Don't have an account?
Create an Account
Forgot your password?
No Problem