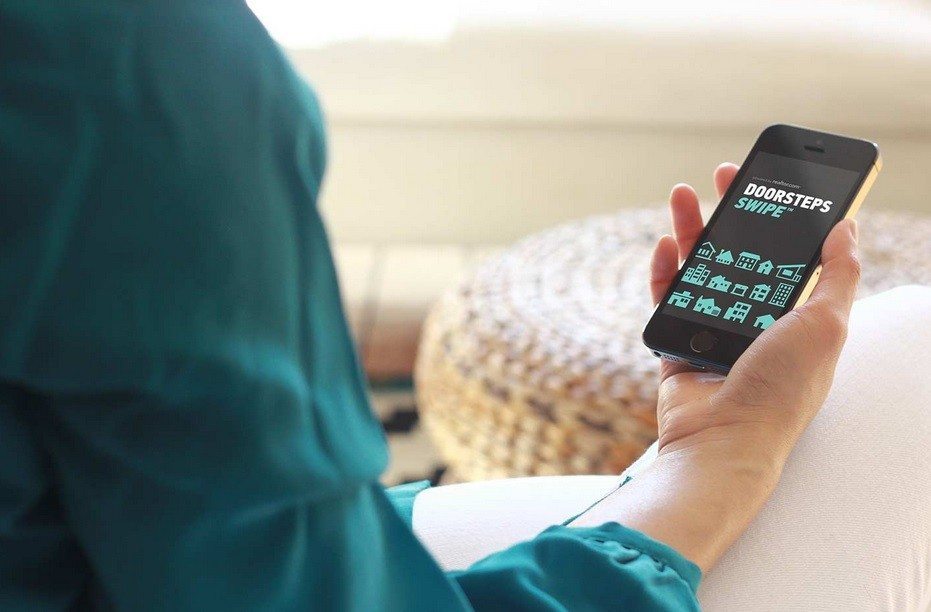 by Michele Serro
Share this article
You successfully shared the article.
Close

Last week, I got into in an elevator with a friend of mine. There were the usual rows of numbers and buttons, so I pressed “5” and stood ready to ascend. Nothing happened. I pressed the button again, this time a little harder. Still nothing.

Finally, my friend reached over my shoulder and pushed the square to the right of the number “5.” It lit up and the elevator started moving. Duh. “Dumb me,” I said out loud. My friend shook his head and smiled, “I think it’s more like ‘dumb design,'” he said.

And he was right. The elevator was designed so that it wasn’t immediately clear which button to push. It took me out of my natural instinct and made me alter my behavior — and that’s the hallmark of dumb design.

Smart design isn’t just what you want, but how you want it. It allows you to coexist with a product or service in a seamless fashion, whether that means inviting engagement through clear yet subtle cues or leveraging an existing mental model of one task to complete another.

Don Norman, cognitive scientist and usability expert, describes design as acting as the communication between object and user. In his book, “The Design of Everyday Things,” Norman acknowledges our tendency as humans to fault ourselves for misusing an object, especially when we repeatedly get it wrong. His classic example references the dials on a stovetop range and how directly they correspond to the quadrant of burners.

Sometimes “Left-Front” looks like it should be “Left-Right” again and again and again. If it makes us stumble repeatedly, it’s dumb design and it likely hasn’t been tested in the real world for intuitiveness and efficacy.

So why has so little smart design filtered into everyday, mainstream experiences? Why are there still door handles that look as if they should be pulled, when in fact you need to push? The notion of design as communicator is a big shift from the way design has long been marketed in the U.S. as a decorative application, a way to make something pretty.

Design’s role is not to make something pretty; it’s to make something useful. And when done very well, it also makes a thing delightful. Beauty can be a nice byproduct of usability, but it’s never the goal. According to German designer Dieter Rams’ 10 principles of design, “Only well-executed objects can be beautiful.”

As designers and business builders, if we’re smart, we design in such a way to allow people to do what they already want to do. We can narrow our understanding of design to better serve us as a set of constraints for smart design. Design should clarify, it should delight, it should reassure. It should enable. Hell, it should even empower, if we think of it in terms of letting people do what they want and enjoy what they’re doing.

There are many elements to creating a “smart” design and an organization that supports it. Three of the key elements I’ve held close while doing both include:

Design as a commitment.
Design doesn’t begin with a sketch; it begins with an intention. I built my company alongside designers from the moment it was a complete sentence in my mind, knowing that the idea was only as good as the execution. We needed to make it usable to make it successful, especially given it would be living online and helping people to live offline. Our design is pervasive and definitive, present from the first moment a user discovers our brand, to when they bring it with them on the sidewalk or into the life of their partner or family.

Designers need to be at the table.
Having designers involved with that early and ongoing decision-making process is a natural part of what they do, it’s how they design and it’s how we created a disruptive customer experience in the real estate industry. As the deep thinkers in areas of how things work and look, designers bring a holistic perspective to problem-solving and empathy for a range of scenarios and roles. Nearly every day, I witness my design team question, connect, prove, improve, lead and learn all in the same meeting. This ability to see things from the micro to macro, to stand in other peoples’ shoes, and to clearly articulate the designer’s own reasoning enables us to make tangible progress at every step.

Stand for something (own your value).
When you build a product or a company, you make a promise to the world of how that thing will function and contribute. Rarely is this promise a literal translation of the concept’s purpose, but rather, it’s a story of usability, a depiction of life made better by design. Knowing the larger implications of your work and how it will fit into peoples’ lives enables you to champion not only the finer tactical points of your design, but also what it represents emotionally, behaviorally and collectively.

When we designed Doorsteps Swipe to conveniently expose individuals to a landscape of housing options, we also knew we were on the verge of changing how an entire industry related to its consumers, and in turn, what those consumers expected from the industry. We brought an element of delight, because our design was smart, and in doing so we upped the game.

Michele Serro is founder and CEO of Doorsteps. Reposted with permission from HuffPost’s The Blog. 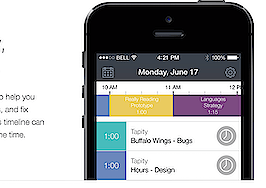 How a time-tracking app from Apple designers is changing how I do business
Back to top
Only 3 days left to register for Inman Connect Las Vegas before prices go up! Don't miss the premier event for real estate pros.Register Now ×
Limited Time Offer: Get 1 year of Inman Select for $199SUBSCRIBE×
Inmanpot
Log in
If you created your account with Google or Facebook
Don't have an account?
Create an Account
Forgot your password?
No Problem