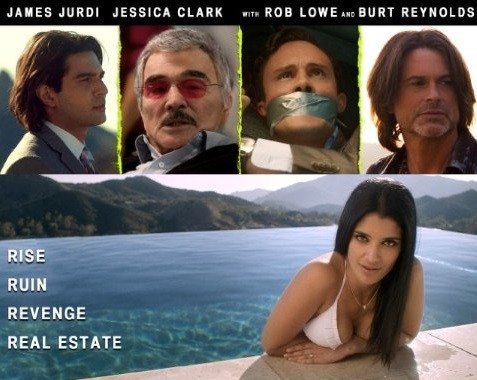 Real estate brokers and agents may have a hard time suspending their disbelief for a satirical thriller soon to hit theaters depicting a “disgraced Los Angeles property broker” (James Jurdi) who’s hired by a “mysterious power player” played by Rob Lowe and his “sultry wife” (Jessica Clark) to “discreetly market and sell their Malibu villa” — hence the title, “Pocket Listing.”

Jurdi, a former soap opera star who still seems kinda fresh-faced to be playing a disgraced property broker at this stage in his career, is the writer. Shooting wrapped in January, ScreenDaily.com reports, but for some reason the movie isn’t set to come out until next year.

If the movie’s a hit, will pocket listings, and the brokers and agents who love them, ever be the same?

Study suggests MLS played little or no role in nearly half of 2013 home sales
Back to top
We're here to help. Free 90-day trial for new subscribers.Click Here×
Inmanpot