In 2005, two years before the U.S. housing market collapsed, Keller Williams co-founder and company guru and evangelist Gary Keller sent an email to his troops with the warning that “storm clouds are coming.”

In 2006, at the annual KW family reunion gathering, he urged agents to prepare for a downturn. Action followed words as the company pushed cost-cutting tactics and other practical strategies for surviving what became a six-year housing depression. At the time, the rest of the industry was wallowing in the last days of a propped-up housing market with insane excess.

The evidence is in: After two decades of real estate industry innuendo, gossip and cheap shots, real estate giant Keller Williams has not only defied the critics but has begun to dust many of its competitors, growing at warp speed with a strong mix of culture and a business model that is winning.

In the past two years, Keller Williams has grown its agent count from 78,303 to 110,447, an increase of 41 percent. During that time, it became the largest real estate franchise in North America. Keller Williams is growing at approximately four times the rate of membership as the National Association of Realtors.

Keller Williams is demonstrating that it is a very smart company, hiding behind its humble and sometimes folksy corporate imagery, and it is executing on its vision with deliberateness and on its plan that does not waver too much, including its unapologetic commitment to the agent. 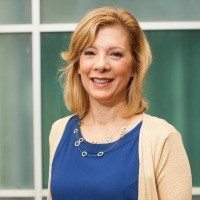 “KW provides agents with lead generation, team building and economic models necessary to build a successful business, with the brand being the agent or team, NOT KW,” said top producing agent Sue Adler, who also is the founder of Hear it Direct. She credits Keller with spawning a spirit of entrepreneurship at the company that encouraged her very successful HID initiative.

Around KW headquarters, feel-good slogans are common, but harder-nose axioms like lead with revenue are also part of the firms results-driven culture. It is that artful mix of a fanciful vision with repeatable business tactics that has suddenly made the company the real estate franchise to watch, emulate and catch up with.

KW’s actions during the Great Recession put in place a foundation for industry-leading growth when the housing market began to recover two years ago.

“Through its efforts, Keller Williams emerged from the recession in a strong competitive position,” reads a case study from the Stanford Business School from 2011. “While its top three competitors (Coldwell Banker, Century 21 and Re/Max) closed a combined 160 offices, Keller Williams grew its office count from 660 in 2007 to 680 by 2010. While Keller Williams boosted its agent count, these competitors shed 38,000 agents.”

These impressive results also are changing how the company maps outs its future and its image. Company leaders emphasize their systems and a unique business model and less on the touchy-feely messages that the firm has been known for. They have also toned down their profit-sharing mantra that sometimes was described by its most cynical detractors as at best a multilevel marketing promise and at worse a pyramid scheme.

“Regarding profit sharing, people who are not in KW really don’t understand it. At other real estate companies you are only as good as your last sale,” said Adler. “Not here.”

KW President Worldwide Chris Heller added, “Profit sharing creates a dynamic where everyone is on the same footing. Instead of people sitting across from each other fighting over commissions, we are all on the same page.” 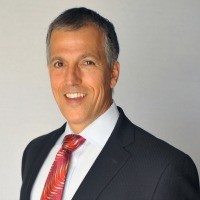 The Keller Williams operating model relies on economies of scale and a cultural model that relies on, “the principles of profit sharing, interdependence and success through the efforts of others,” according to the Stanford Case.

In mid-1980s, Gary Keller operated his small real estate company in Austin,Texas. At the time, he discovered that he was losing his top agents to a rapidly growing Re/Max franchise in the area. Re/Max was offering 100 percent commission, which made Keller Williams’ 50 percent splits look meager. Keller then created a system that would encourage people to stay, but more importantly it provided a sustainable competitive advantage in the real estate brokerage industry.

Disciplined splits are a big part of the KW formula, not 100 percent agents wandering around, say company officials.

From the Stanford case:
The commission split that Keller Williams offered agents is a hybrid of that offered by traditional franchises and 100 percent commission organizations. The Keller Williams agent/Keller Williams Realty receives a 70/30 commission split from the first dollar of gross commission income (GCI) generated. The agent was responsible for paying a franchise fee to the international office each year, which was capped at $3,000. The agent was also responsible for paying a fee to the market center, referred to as company dollar. The company dollar was also capped, at a level that varied by region, with areas with high average home prices having a higher cap to account for the general higher cost of doing business in such areas.

Keller Williams offers a second source of income — profit share — to its agents. The formula is based on: each agent recruited to the company, the productivity of those agents, and the cash profits generated by each market center. This formula gives agents credit not only for the productivity of agents they directly recruited but also agents that those agents recruited in an elaborate step function that extends seven levels. All market centers used the same profit share calculation:

Importantly, a Keller Williams agent who retired from the company would continue to receive profit share so long as the agents they recruited remained with the company. This policy represented a rare form of residual income in an industry where agents typically saw their income stop entirely upon retirement.

In 2002, Gary Keller delivered a speech at the Inman Real Estate Connect conference.

The procedure for speakers was to enter from behind the stage in a formal, somewhat typical way for professional events. I explained the protocol to Gary, but he said he preferred to enter from the back of the room. “Egads,” I thought, “like a prizefighter before a boxing match.”

He ignored my direction and entered from the back.

That moment gave me pause about Gary Keller — was he some sort of evangelist or egomaniac, or was this episode instead symbolic of his true feelings about the industry, come up from the ranks (in this case the agents in the audience) not making a grand entrance from behind the stage like some big shot?

“Gary has an incredible mind,” said longtime business associate Paul Wylie, co-manager of Wystein Opportunity Fund LLC, a residential real estate investment fund. “He understands the importance of continually improving, is a natural teacher and has a long-term horizon that is unparalleled in real estate.”

Despite hero worship inside KW, Keller is also known for being a tough taskmaster and a tad awkward in social settings. He occupies an office in the basement of KW headquarters in Austin, again reinforcing his contrarian style.

Keller is treated like a guru inside the KW “family,” which is why some cynical outsiders whisper the word cult. But that is a cheap shot — the company has built an enviable culture and a seemingly bulletproof business model that many smart people believe in. Unlike a pyramid scheme or even a shaky multilevel marketing operation, KW is a business machine that is driven by a strong and passionate culture, which accounts for its staggering growth in shaky times. 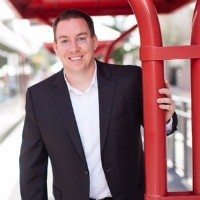 “I am with Keller Williams because Gary Keller wrote the millionaire real estate agent book,” said KW top producer Ben Kinney, who won the Inman Innovator Award in 2014. “After reading the MREA book I learned that Gary didn’t mean to name it millionaire real estate agent — what he meant was MRE Business. “KW s the only company that talks to, trains, and promotes the individual agents business and brand — most other brands believe they are the brand that give agents validity. Not Keller Williams,” he said.

From the outside, KW appears insulated and admittedly private about its affairs and therefore somewhat of an enigma. When I asked Keller Williams President Chris Heller about the private nature of the company, he said, “People first, results follow, and they speak for themselves.”

Though known for its humility in the industry — never being too loud or to full of itself — Keller Williams seems a little more anxious to tell its story, something it does well internally.

Inside the company, transparency, sharing and peer teaching is core to the company’s success and culture.

“KW’s sharing culture expands my mind on a daily basis,” said Adler. “The top agents in the country willingly share their secrets — the learning never stops.”

The words for me that may best describe Keller Williams is earnest enthusiasm. That helps any strategy become a winning plan. 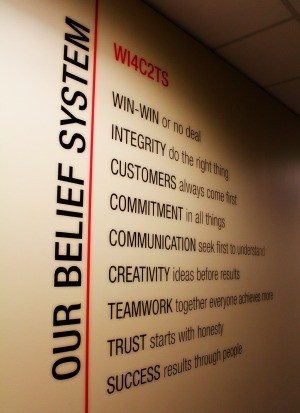 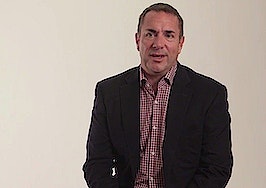 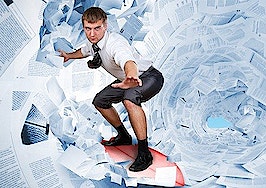 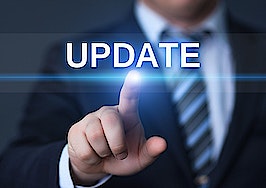 Keller Williams' all-in-one tech platform gets an update
Back to top
Only 3 days left to register for Inman Connect Las Vegas before prices go up! Don't miss the premier event for real estate pros.Register Now ×
Limited Time Offer: Get 1 year of Inman Select for $199SUBSCRIBE×
Inmanpot
Log in
If you created your account with Google or Facebook
Don't have an account?
Create an Account
Forgot your password?
No Problem