The San Marcos, California-based brokerage produced a video celebrating the listing’s motocross track, pushed Facebook ads to users who liked motorcycles, and fired out promotional postcards to hundreds of homeowners and real estate agents in the area.

“The results were multiple full-price offers within 14 days and the highest sale in the valley over the past several years,” said Mary Maloney, co-owner of Hometown Realty.

Some brokerages list homes and wait for buyers. Hometown Realty hunts them down.

Maloney kicked off her career in real estate about a decade ago at a local Re/Max office. But she quickly realized that she wanted to forge her own path.

“I’m interested in selling homes,” she thought, “But I’m not riding around with my face on the side of my car.” 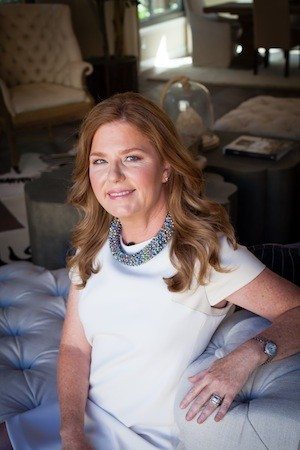 Just six months after entering real estate, she launched a brokerage office for a local developer. When the company got cold feet at the beginning of the downturn, she bought them out and launched Hometown Realty in 2008 with a former colleague at the Re/Max office where she began her real estate career.

Maloney could have affiliated with a franchise brand, but she decided she wanted to go independent. Franchise brands provide brand recognition, resources and deals on tools to their members, she said. But she said those tools and resources are often obsolete by the time a franchise brand serves them up to its offices.

Hometown Realty, Maloney said, was one of the first brokerages in the coastal region of San Diego’s North County to roll out a mobile app, which is powered by Smarter Agent and has seen 3,000 downloads. If she were part of a franchise, she speculates that she might have had to get approval to use the franchisor’s brand on the app.

Plus, the Internet has chipped away at the power of big-time real estate brands, Maloney argues. Real estate agents aren’t the gatekeepers of listings anymore, so providing local expertise has become an even more important part of a real estate agent’s value proposition.

Not so much, she said.

“We thought we could do a better job at servicing the consumer and utilizing the money that we would have to pay the franchise in a better way,” Maloney said, referring to the royalties and one-time franchise fee that brokers must pay to affiliate with franchise brands.

More a collaboration than a brokerage

Hometown, which has seven sales associates, places a laser-focus on maintaining a consistent brand. Partly to achieve that goal, the brokerage takes lead generation and marketing off the hands of its agents. Agents aren’t allowed to have their own websites, Facebook business pages, Zillow profiles, realtor.com profiles and Yelp accounts.

“When you have the collective leverage of seven powerful agents together combining their identify that’s when you have some leverage,” Maloney said. “That’s why we consider ourselves more of a collaboration than a brokerage.” 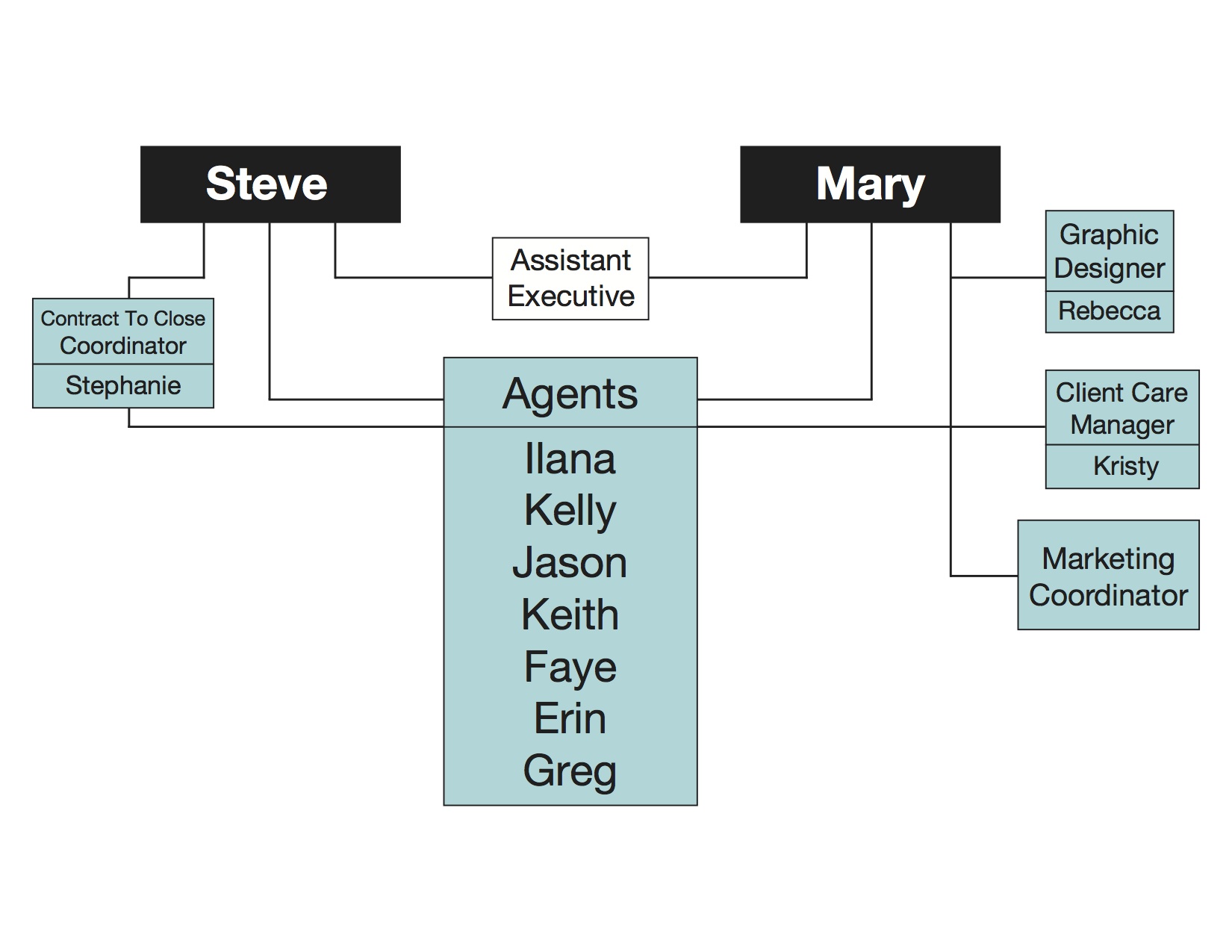 Hometown maintains a sleek office on a busy street, with an electronic flier system that beckons at passersby. Prospective clients may explore its interior space online. Maloney paid for a Google Street View virtual tour and a Yelp video. Maloney said Zillow recently produced a short on the brokerage (the video will appear on search result pages and maps).

Hometown’s business model frees up agents’ time so they can focus exclusively on prospecting, negotiating contracts and closing transactions. A full-time transaction coordinator helps out with the last two responsibilities.

Agents have undergone paperless and mobile technology training, and receive coaching as part of the brokerage’s enrollment in Tom Ferry’s Team+ coaching program, which costs $2,499, according to a brochure available on tomferry.com. 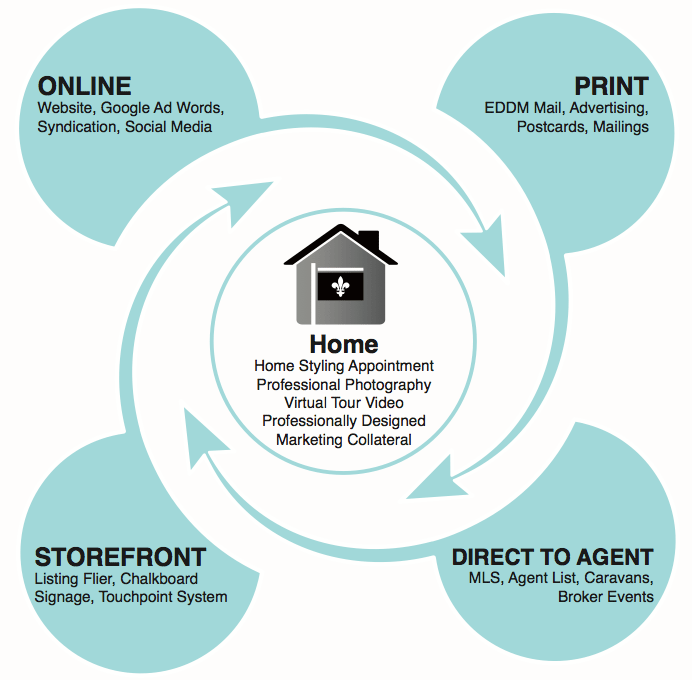 Part of the firm’s success stems from its facility for hunting down prospective buyers.

Hometown works with a title partner to pinpoint people who could afford a listing based on their home equity or monthly rental payments, and then mails them post cards promoting the listing.

Another tactic is to target Facebook ads at demographics most likely to be interested in a property. Hometown premarketed the $1.1 million property with Facebook ads aimed at users who liked “motocross,” “motorcycle,” “BMX” and “motorhome.”

“When the appraisal fell short, [the buyer] was willing to bring the cash to the table and said, ‘I can’t lose this house, my kids can’t stop watching that video,’” Maloney said, referring to the video Hometown produced for the $1.1 million listing.

Besides disseminating postcards advertising the $1.1 million listing, shooting a video of the property and promoting it on Facebook, Hometown marketed the listing by employing a slew of other strategies:

This proactive approach to finding buyers largely explains why Hometown ends up representing 23 percent of the buyers who purchase homes from its seller clients, according to Maloney.

In one case, a homeowner received a postcard promoting a Hometown Realty listing (Hometown had flagged the homeowner as a potential move-up buyer). Interested, the homeowner visited the Web address printed on the postcard. That pulled up a YouTube video of the property (watch it below).

Hooked by the short, the homeowner scheduled a showing with Hometown. That led to Hometown double-ending the sale of the home for $875,000, by representing both the seller and the buyer (who learned of the listing from Hometown’s postcard).

The buyer of the $875,000 home also worked with Hometown to sell their previous home for $650,000. The brokerage managed to keep that deal in-house as well — this time by matching an existing buyer client with the property.

Maloney says most listing agents and brokers “sit back and wait for another agent in their MLS to find them and bring a buyer.”

“A seller hires us to and find a buyer for that,” she said.

Editor’s note: A previous version of this story misspelled the last name of Steve Golden, and incorrectly identified the person in a photo that appeared near the top of this article as Mary Maloney. That photo has been replaced with a photo of Maloney.