The couple co-owns Apple Realty and Auction, a small broker and auctioneer located in Blountville, Tennessee, and also heads up the band Gretchen. Mia does vocals and plays the bass. Dave handles guitar.

Their rocker lifestyle and aesthetic may catch some off guard, but their musical background has also pollinated their digital marketing strategy and set them apart from the pack.

Music video of  “Fading,” a single released by Gretchen that was a top 20 hit on Christian rock charts, according to Wikipedia.

Dave said he’s always stuck out. As an adolescent, he was the first person he knew to get his ears pierced. “I had to be prepared to fight to walk around looking like that,” he said.

Mia says the various hairstyles she’s worn over the years have probably not gone unnoticed among colleagues. 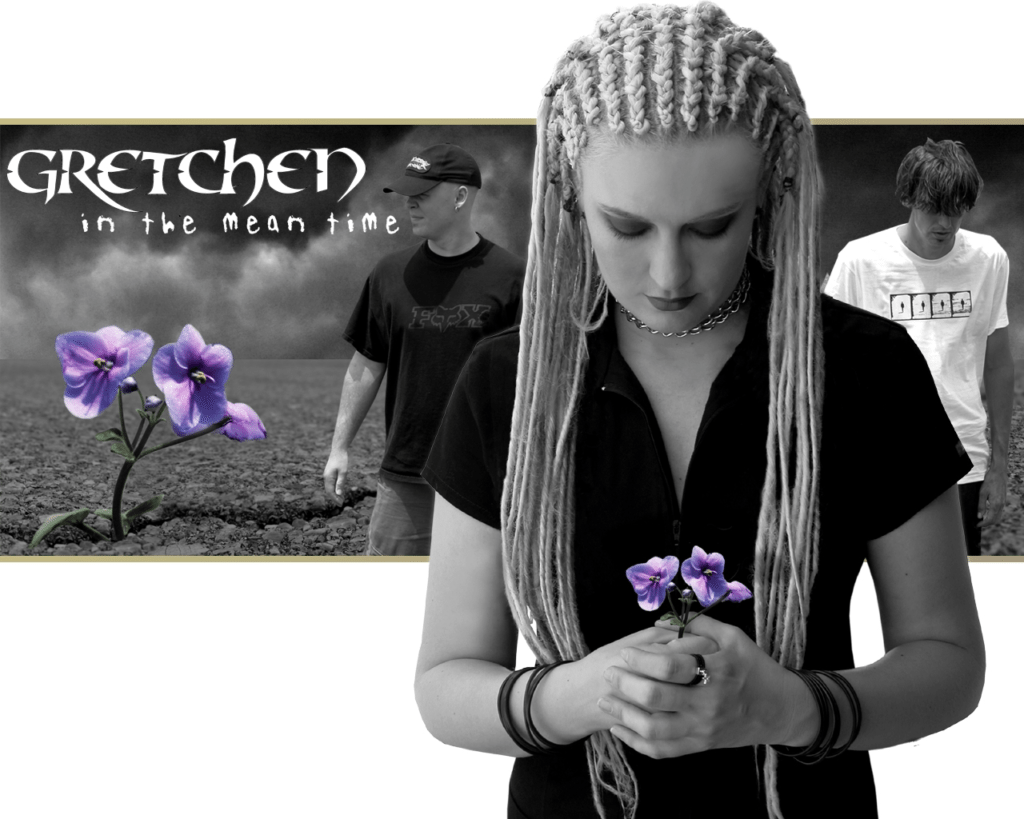 “It was kind of hard to hide all the dreads at all the Realtor functions,” Mia said, referring to the dreadlocks she used to wear. (She plans to grow them out again the next time Gretchen goes on tour.)

Their rocker background and looks may rub some colleagues or potential clients the wrong way. At the least, it’s opened them up to the criticism from competitors that they spend too much time touring and not enough servicing clients, Dave said.

But that’s not really a valid concern anymore. The band has played shows in 23 states and Canada, and two of its singles from were top 20 hits on Christian rock charts, according to Wikipedia. But Gretchen hasn’t released an album since 2004, and played their most recent show in 2010.

Since then, Mia and Dave have composed songs on and off, while building a recording studio that they can use to produce their next album. They plan to have polished off their first set of tunes in 10 years by next spring.

For the most part, the couple’s musical roots has helped their business, not hurt it, Dave said. It’s equipped the two with a firm grasp of digital marketing and helped it attract younger buyers, he said.

In his efforts to promote Gretchen over the years, Dave learned how to generate album sales by sending out email blasts and marketing on the once-popular social network Myspace.

“That sort of just carried over naturally to real estate,” he said.

The abiding appreciation Dave gained for social media while growing Gretchen’s fan base prompted him to experiment with marketing on Twitter.

That pursuit has produced at least two sales and improved Apple Realty’s SEO (search engine optimization) by attracting traffic off “long-tail” search phrases that include text that appear in his tweets, Dave said.

Apple Realty also boasts more than 500 likes of its Facebook business page, not bad for a four-person shop.

“Even if they’re not ready to buy a home and are just gazing … that’s reinforcing our brand,” he said of prospects who might intersect with the brokerage on social media. “You’ve just got to understand how it’s not a straightforward sales tactic; there’s more involved.”

The couple’s experience marketing Gretchen has also fertilized its website. Dave learned how to code to promote Gretchen online, and drew on that skill set to build Apple Realty’s website from scratch.

The brokerage’s site, first launched in 2000, historically has attracted considerable search traffic, and generates about half of the company’s leads (though recent changes to Google’s algorithm have adversely affected the site’s traffic recently), according to Dave.

The biggest lesson Dave has learned during his time tweaking the brokerage’s website: Put a contact form on every page. 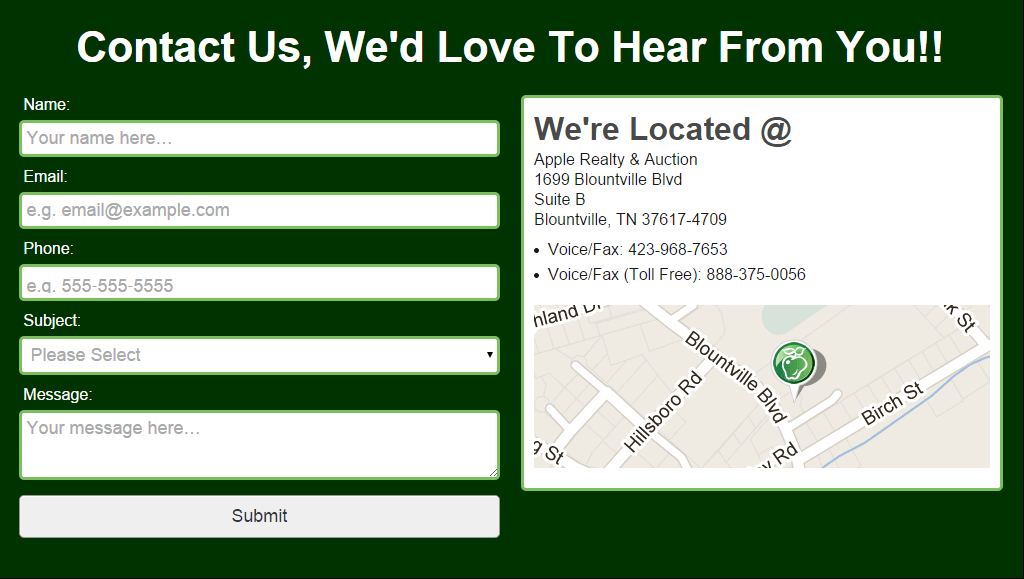 Screen shot of the contact form that appears at the bottom of every page on Apple Realty’s website.

The firm multiplied the number of leads generated by its website when it tacked the forms onto the bottom of all the site’s pages, he said.

“Besides word of mouth and referral from past clients, that is 100 percent how our business stays alive is that contact form,” he said.

The offbeat image and musical lifestyle of Apple Realty’s owners has also helped the brokerage reel in youthful clients.

Mia’s father, who passed the company on to Dave and Mia, urged the couple to conceal their cultural orientation, but they’ve found that showing their true colors has played to their advantage.

“He was always telling us to be very cautious and not to talk about it too much,” Mia said of her father. “But you know we found in the last few years people are very open, the public is very open to it; we get a lot of young buyers.”

The band has even converted a few fans into clients. But for the most part, that effect works in reverse.

“We’ve kept clients that we’ve had for at least the last 10 years that still stay in contact with us about our band page, so we make fans as well,” Mia said.