Residential listings database Nestio says it will use $1.6 million in new investor funding to continue its growth in New York City and expand into new markets. 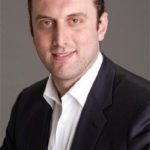 Ben-Zvi’s job will to be to expand Nestio’s market penetration in New York City, expand its sales team and launch the platform in “other key markets,” the company said.

Since launching two years ago, Nestio says it’s become “the system of record” for many of New York City’s top brokerages and property management companies, and that its database covers 30 percent of the city’s rental market.

Landlords using the Nestio platform include Two Trees, UDR, Windsor Communities, Bronstein Properties and Newcastle. Nestio has also been named an approved technology vendor by the Real Estate Board of New York (REBNY).