Stock markets are truly volatile, up-down-up-down. Oil has broken $60 and may go significantly lower as weaker producers are forced to pump more as prices fall.

Media commentary is badly confused trying to explain these events, the centerline holding that falling oil will cause inflation to fall, therefore buying bonds makes sense even at ridiculous yields.

However, core inflation is not falling. Central banks use core inflation (which excludes energy and food prices) because energy is so volatile. The drop in nominal inflation today is just the flip side of the energy-driven jumps in 2008 and 2013. Proper central banking should not react to either.

Most commentary assumes the European Central Bank will begin its first real QE in January, buying sovereign bonds, and say that markets are front-running. Don’t bet on that.

Stark fear is the mover in global markets: fear that deflation is out of control in both Japan and Europe, fear that China’s slowdown will pull the stool from under commodity producers and emerging nations, and fear that the oil price drop is more hurtful than stimulative.

Fear there, but not here! From 2007 until this year the U.S. economy was fragile and accident prone. No longer. We are still limping in spots — incomes and housing — but now we’re resilient, headwinds diminished and fewer open manholes.

The Fed is correct to plan liftoff from the “0 percent-0.25 percent” of the last six years. Home mortgage credit rose in the last quarter for the first time in eight years. Total bank credit had a great year, rising 9 percent annualized until plopping in half in October, but in November ran a 14 percent pace.

Retail sales are fine. The National Federation of Independent Business survey of small businesses jumped in November from its six-year trench.

Lower oil prices are a help here, but not as much as in any prior drop. Natural gas prices have been down for five years. Electricity generated by burning oil has dropped 88 percent since 2013, replaced by gas and renewables. This is a gasoline-only deal: $2.50 will help, but miles driven have fallen ever since we rose above two bucks.

We have a precedent for this situation, U.S. gaining strength, the rest of the world a mess. It was the “Asian Contagion” of 1997-98, a global credit/currency meltdown concluding in default by Russia. The Fed was panicked that the U.S. was the only growth engine, and if we faltered … no way out.

So the Fed cut its overnight rate and, with hindsight, was dead wrong. The weakness overseas helped U.S. strength, capped inflation here, and exactly as today pushed a flood of cash to U.S. bonds, driving down mortgages and other borrowing costs. The Fed’s easing then did nothing but add air to the stock market bubble, and quick reversal of excessive stimulus led directly to recession.

Today, the Fed need not worry about inflation, but it absolutely should worry about the potential for hidden bubbles caused by the zero-percent regime. At zero it is at least 1.5 percent below inflation, highly stimulative, and zero is unnatural.

The Fed’s tightening this time may look like no other. Raising the overnight cost of money will push the dollar higher, and overseas cash will continue to pour into our bonds and mortgages.

Fed liftoff may have no effect at all on long-term rates, which might even continue to fall. The principal reason for the Fed not to tighten is the continuing weakness of housing, but we may be unscathed.

Imagine, in 2016, a 2 percent Fed funds rate and a 2.00 percent 10-year, and such convergence or even inversion (short over long) not a sign of recession, just domestic strength and foreign desperation for yield!

Risks now are overseas. Markets show signs of destabilization, but thus far only reinforcing the flows of cash to us. Those flows will not stop until recovery over there, which is a hell of a lot closer to “if” than “when.” 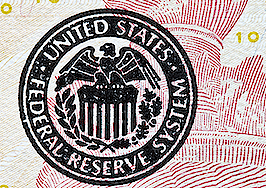 If this drop in long-term interest rates has legs, look for mortgage rates to follow 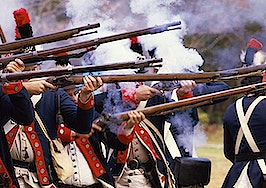 Look for Fed to tighten before it sees the whites of inflation’s eyes
Back to top
Only 3 days left to register for Inman Connect Las Vegas before prices go up! Don't miss the premier event for real estate pros.Register Now ×
Limited Time Offer: Get 1 year of Inman Select for $199SUBSCRIBE×
Inmanpot
Log in
If you created your account with Google or Facebook
Don't have an account?
Create an Account
Forgot your password?
No Problem