Zillow and Trulia each have sharp chief economists whose mission is to get their respective companies’ brands in front of consumers’ noses. They do this by populating the interwebs with a never-ending stream of commentary and analysis of housing market trends.

Zillow CEO Spencer Rascoff has some Christmas bounty for his kids — and a tweet that makes a nice stocking stuffer for Amazon, too.

Given the more than $65 million worth of Zillow stock Rascoff has sold so far and his seemingly down-to-earth persona, one can only guess what they hold.

Rupert Murdoch is bringing in one of News Corp.’s own, Ryan O’Hara, to take charge of realtor.com and Move. The firm announced the move on Wednesday.

Steve Berkowitz, who stood at Move’s helm for close to six years, is out, with O’Hara set to take over on Jan. 5. 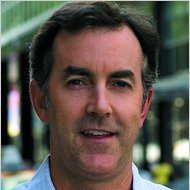 O’Hara, who spent close to a decade as an exec at several News Corp. properties, is a native of Southern California who attended Stanford on a volleyball scholarship. His 1989 Stanford team was a runner up to the NCAA national volleyball championship, we learned from profiles in the Stanford alumni magazine and The New York Times. After Stanford, O’Hara headed east to earn his MBA from Harvard University.

Murdoch’s making big moves, quickly, and he may have bigger ones yet to make. ListHub, the listing syndication platform Move owns and operates, supplies Zillow with approximately 60 percent of its listings.

Zillow’s current contract with ListHub is up sometime this next summer. While Berkowitz has said it wouldn’t make sense for ListHub to penalize its broker and agent customers by cutting off the flow of listings to publishers, Berkowitz will soon be gone and Murdoch’s made it clear he’s out to win.

Murdoch did some skydiving of sorts this week — in a “vertical wind tunnel” powered by four fans with about 1,800 horsepower behind them. Wonder what the view of the real estate portal race was like from way up there?

Zillow CEO Spencer Rascoff and his counterpart at Trulia, Pete Flint, each tweeted from their respective headquarters on Thursday morning as their companies tallied shareholder votes on the proposed merger. 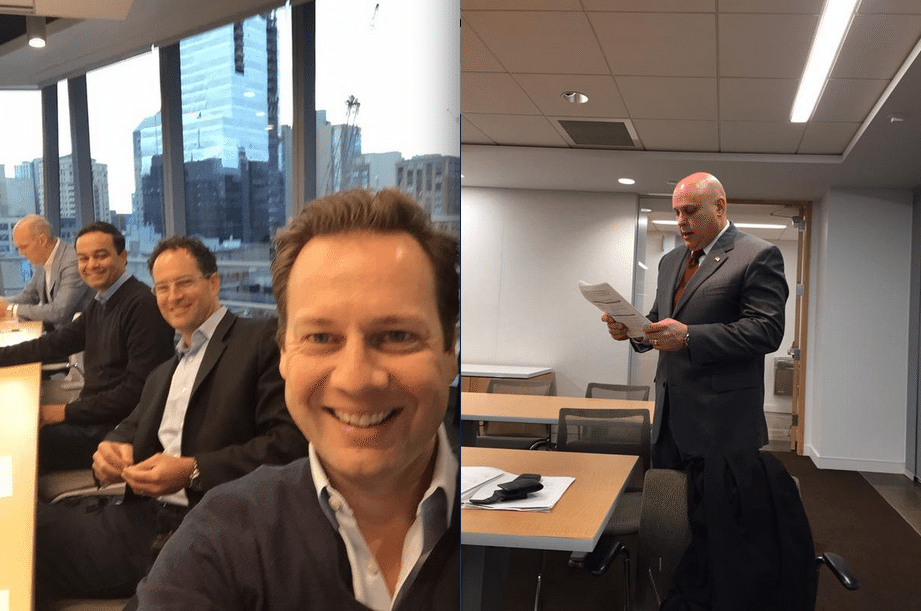 Now the companies just need the Federal Trade Commission to wrap up its antitrust review to seal the deal. Zillow has agreed to an FTC request to hold off on consummating the merger until at least Feb. 1.

Zillow and Trulia each have sharp chief economists whose mission is to get their respective companies’ brands in front of consumers’ noses. They do this by populating the interwebs with a never-ending stream of commentary and analysis of housing market trends.

This week Humphries and Kolko shared some Twitter banter, including some tweets riffing on the attractiveness of economists. Who will be the alpha male when the two firms merge?

But given that News Corp. owns some prominent publications like The Wall Street Journal, one might think that Smoke would become the real estate chief economist of choice for News Corp. publications going forward.

One might think that only if one had never been in a newsroom, where reporters care only about who’s got the best insights — and chafe at any attempt to steer them away from, or toward, particular sources for any other reason.

ZTR are hunting for tech talent

Tech positions dominate the open jobs at each firm.

Of the 123 current job openings at Zillow, just over half (62) are for technology positions. Of the 70 open positions at Move, 29 involve tech. Fourteen of Trulia’s 38 open positions are tech-related.

Given the stiff competition with its peers for software engineers, and with Silicon Valley giants like Facebook and Google, Zillow launched an innovative internship program this week that targets midcareer tech professionals who have taken some time off and may want to jump back into the game.

Zillow has five positions to fill its pilot program it calls a “Returnship.” It involves a paid three-month stint on a Zillow product team with mentorship and classes thrown in. If things go well, it will expand the program to more offices and positions next fall.

Source: Google Finance *As of market close on Friday, December 19, 2014