Janet Selvaggio has struggled to master some of the tech tools designed for real estate agents.

But that wasn’t the case with ListReports, a new property reports service that the 63-year-old recently adopted.

“I’m still having problems figuring out how to do my new Facebook page,” said Selvaggio, an agent at Yucaipa, California-based Coldwell Banker Kivett-Teeters.

“But with ListReports I haven’t needed any help … It would be nice if all our programs were geared that way.”

In an industry with more than its fair share of baby boomers, ListReports represents a tech tool that even the oldest of the old guard may be able to quickly get a handle on.

All you have to do is text “sub” to 949-247-8559 to sign up. After that, anytime you text an address to the same number — poof! — the service returns a link to a free property report and customizable flier in seconds.

“It’s like a magic trick,” said ListReports CEO Ajay Shah, describing reactions from gray hairs when he demos the service in real estate offices. “You see how excited and surprised they get.” 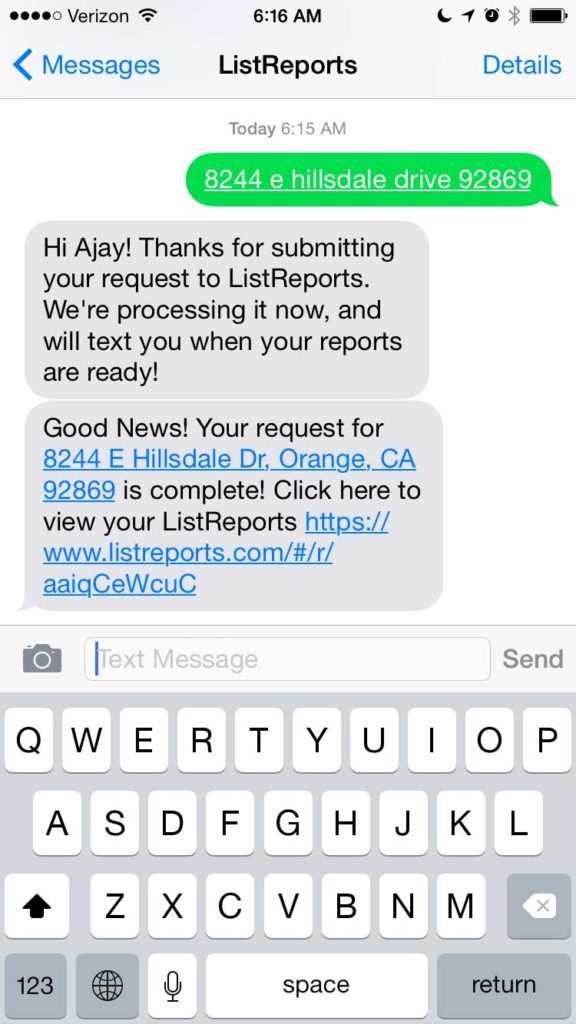 The reports, which are available for most addresses around the country, aren’t as exhaustive as those generated by services such as RealtyTrac, Housefax, AddressReport and Revaluate.

But they still paint a colorful portrait of neighborhoods, offering infographics that present information such as local schools, restaurants and parks.

Screenshot of one slide from a sample ListReports property profile.

Much of the information in ListReports property profiles also appears on its fliers. (Unlike the property reports, users must spend at least a little time customizing the fliers.)

Selvaggio says the fliers are light-years ahead of the printouts of MLS listings that she used to distribute to people attending her open houses.

She added that she’s made a lot of progress in getting a grip on other tech tools, and has benefited from Coldwell Banker training programs geared towards helping agents adopt real estate software.

Many developers make ease of use a top priority when designing products, but those building tools for real estate agents could be particularly well served by placing a focus on user-friendliness. 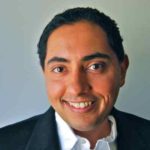 By NAR’s reckoning, the median age of all Realtors is 56. A Realtor that age was born 45 years before Facebook was founded.

“For where this industry is right now, this product really solves a problem because accessibility to the technology is limited today,” Shah said.

ListReports, which plans to generate revenue by eventually selling sponsorships to home services vendors, has plans to beef up its offerings.

The startup is working on adding crime and demographic data to its property reports, and soon will begin providing comparative market analyses (CMAs), both of which will be sourced from either Maponics or Onboard Informatics, according to Shah.

The CMAs will be customizable, so that real estate agents can choose to “exclude certain properties that don’t help make their story because maybe there was some exceptional data that doesn’t make sense in terms of the price point or vice versa,” he said.