A multiple listing service system offered by Black Knight Financial Services has snagged the highest satisfaction ratings for the third year in a row in an annual survey of MLS executives by real estate consulting firm Clareity Consulting.

Among the countless technology tools available to them, agents consider the multiple listing service the most important, an Inman survey found earlier this year. 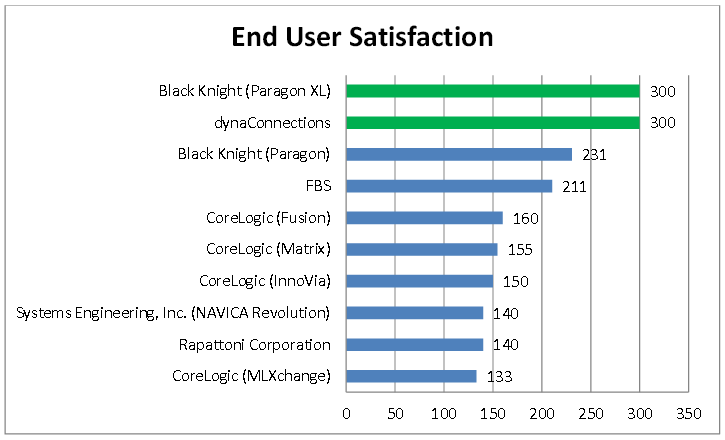 Fusion has disappointed some MLSs due, in part, to its lack of mobile compatibility. Last year, CoreLogic announced it planned to install Matrix “for all Fusion customers in order to provide them with an HTML-based, mobile-friendly option.”

CoreLogic hired dozens of new staff to deal with the surge in Matrix installations, although satisfaction ratings indicate “there is still a widespread perception that the company is spread too thin to both convert those customers and new accounts to Matrix while providing a leading level of service to existing Matrix customers,” the Clareity survey said.

In particular, respondents complained of lack of speed regarding upgrades and enhancements and a need to improve responsiveness to client requests.

A third of CoreLogic MLXchange customers said they would not be likely to or definitely would not choose the same system, as did 31 percent of InnoVia customers and 24 percent of Rapattoni customers.

For Matrix and Paragon, those figures were 14 percent and 3 percent, respectively. All other survey respondents said they would choose the same system again.

MLXchange had the highest share of customers who said end-user satisfaction had decreased from the year before: 20 percent. 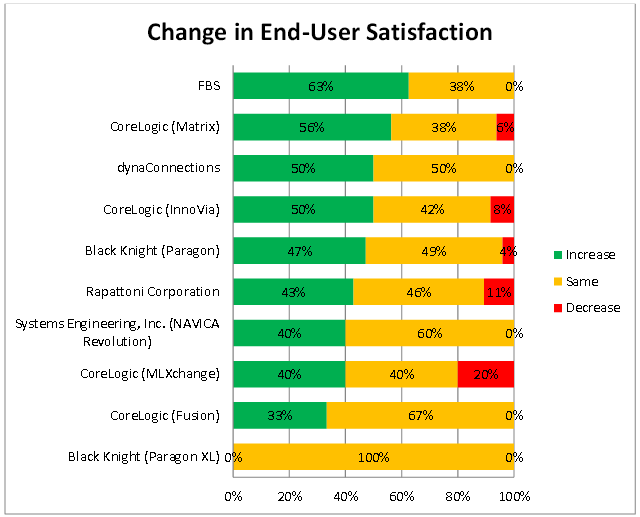 Stratus Data Systems, which was ranked highly in last year’s survey, was not included this year.