Money is pouring into real estate technology, and the sheer number of products available to agents has risen exponentially in recent years. In that environment, what agents want from brokers, tech companies and associations is help choosing and using tech tools that will most benefit their business, according to an Inman survey.

Money is pouring into real estate technology, and the sheer number of products available to agents has risen exponentially in recent years.

Whatever the merits of that increase, on a practical level this means that real estate agents are often bombarded by solicitations from tech companies peddling the next big thing.

In that environment, what agents want from brokers, tech companies and associations is help choosing and using tech tools that will most benefit their business, according to an Inman survey (click to download full report and charts as PDF file).

“The tech market in real estate is extremely saturated. The biggest obstacle I have is sifting through all of the crap companies to find the ones that actually provide value-added services,” one agent said.

“Reduce the noise, separate yourself from the competition. I get 15-plus emails/calls daily,” said another.

Despite what some may think, agents are not a tech-phobic bunch. More than half of agents who completed the survey ticked off nearly a dozen tech tools they use in their business. Not surprisingly, the multiple listing service was at the top of the list, followed closely by an agent website, smartphone or tablet, electronic forms and signatures, and a comparative market analysis (CMA) tool.

More than half of agents also said they used a broker website; email marketing; a property search mobile app; advertising on one or more of the three biggest portals (Zillow, Trulia, realtor.com); a customer relationship management platform (CRM); and social media management tools.

When it came to picking the top three most important tech tools in their business, agents overwhelmingly chose one that has been around longer than most, if not all, of the others: the MLS, followed somewhat distantly by mobile devices, a CRM platform, and electronic forms and signatures.

Why agents don’t use broker-provided tools

The most common tools provided to agents by brokers were broker and agent websites, followed by electronic forms and signatures, a transaction management platform, CRM, email marketing, and/or a property search mobile app.

About a quarter said their broker provided advertising on Zillow, Trulia or realtor.com.

Among the tools offered by their broker, agents are least likely to use a CRM, video software, lead generation tools other than advertising on the three biggest portals, and lead management.

When asked why they had opted not to use a broker-provided tool, nearly 4 out of 10 agents said, “I didn’t see the value,” and another 3 in 10 said their business was “doing just fine without them.”

Many agents felt the tools chosen by their broker lacked quality and chose to pay for their own.

“I have found other companies that do a much better job of providing these vital services,” an agent said.

“The broker is subscribed to one or two companies who offer a lot of services, but none of them are very good. The overall functionality of the services provided with my fees are crap.”

Others wanted to retain ownership of their own leads.

“In case I change brokerages, I do not like my broker having access to my contacts,” an agent said.

What would make choosing tech easier

When asked, on a scale of 1 to 10, how difficult it is to figure out which technology to deploy for their business, both agents and brokers put the level of difficulty at a 6 average.

More than half said they did their own research, relied on word of mouth, and/or attended real estate conferences to decide which technologies to implement. Few hired outside help to help them vet new technology.

In order to make it easier to sift through choices, many agents asked for resources that would make technologies easier to understand, such as more or better training, plain-language product descriptions, and user-friendly interfaces.

“I watch many webinars on all kinds of technology — that seems to help. The learning curve is so steep, and for every technology or product or social media you have to learn all over again how to use it,” one agent said.

“My best advice to any real estate tech supplier is to make their product as simple and interoperable as possible,” said another.

Others wished for assistants or other knowledgeable staff to help them navigate tech’s murky waters, either from their broker or tech companies themselves.

“Tech companies who solicit us should have professional brokers on staff to advise them. They are clueless, particularly since real estate practices change from state to state, due to state laws and local customs,” an agent said.

“Having someone who understands the broker’s offerings and working with individual agents to maximize that technology [would help],” said another.

Brokerage tech support was somewhat mixed. Nearly two-thirds of agents said that their broker provided tech training on either a weekly or monthly basis. About the same share said the approximate agent-to-tech support staff ratio at their firm was more than 20 to 1.

Nearly half of agents said there was no formal tech support agreement between them and their broker, while a third said their broker offered support for all brokerage tech tools.

Some agents called for tech companies to put their money where their mouth is and offer proof that their product works. One agent said tech firms should offer an initial, less expensive “trial period” during which the firm would also offer training.

“Most won’t mind paying if they … see results,” the agent said.

In that vein, agents also clamored for an independent website offering tech reviews and comparisons, including rankings of products’ return on investment.

One agent asked for a “reliable third-party source that compares all of the various tech tools with honest pros and cons so we don’t have to do all the research ourselves.” Another said, “It would be great to see some comparable numbers on where my investment would yield the best ROI.”

A couple of agents suggested the National Association of Realtors should play that role, acting as a kind of “Consumer Reports” for real estate and testing and rating products.

When asked which entities they wish would offer more support to encourage agent adoption of tech products, more than 4 in 10 agents said they’d like more support from their brokerage, association and/or tech companies.

“Especially my local association. They provide classes, but they should be FREE if they want us to increase our business and attract new members,” an agent said.

Most agents said that at least some of the tools they use are integrated with each other, but which interoperated with which varied quite a bit. Some involved the combination of two products, such as the MLS and a CMA tool. Others said several or “all” of their tools were integrated.

For instance, one Keller Williams agent noted that his or her CRM, transaction management platform, email marketing service, broker and agent websites, e-signature product and marketing materials software were integrated.

Nonetheless, many agents suggested that products leave much to be desired when it comes to integration.

“[There are] too many choices that do not work well together to provide seamless transactions for clients,” one agent said.

Others wanted their social media accounts, email and MLS to interconnect, or their CRM to talk to their transaction management platform.

“All of our ‘stuff ‘ is either disjointed or takes a full-time, patient tech nerd to use,” an agent said.

Another agent lamented that they “waste so much time entering in [the] same information on different platforms.”

Too many different vendors provide the same service but make it difficult for their platforms to talk to one another, said another.

“I’d like all of them to work together. Email with CRM with Zillow with my website with the MLS and DocuSign,” an agent said.

“Numerous companies … claim they can put you on the first page of Google. [Those offer] expensive lessons because they always have a reason later as to why you did not show up on the first page,” an agent said.

The verdict on third-party sites is more nuanced, however, because they were voted the second most effective lead generator among tech products, after social media. Single-property websites and video were the least likely to deliver the most leads.

Still, some agents noted that most of their leads did not come from tech tools, but rather from referrals and personal contact.

“Face-to-face interaction with client via door knocking and open houses,” said one agent.

Four in 10 agents surveyed said their biggest technology investment was their website, while just over a quarter said it was their CRM. Under “Other,” many cited online lead generation from third-party websites.

Agents spent an average of about $5,600 per year on their biggest tech investment.

About half of agent respondents said they did not measure ROI on the tech products they use. Among those who did, the most commonly cited measurement was the number of closed deals the tool produced. Time saved also counted.

“Tech either has to save time, provide incredible client value, or directly support lead gen or conversion,” one agent said.

When asked what the ROI on their tech investments was, most did not know or did not have a specific number, though some were able to give a percentage.

“There are too many variables in building a relationship. The tools are necessary. A carpenter cannot estimate the return on investment of a hammer,” said one agent who doesn’t measure ROI.

Another agent remarked on the difficulty of estimating ROI when the tech tool is not for lead generation.

“Unless the client responsible for a commission can be tied to a specific tech product, it is difficult to measure,” the agent said.

“I wish I could say I spend hours and hours analyzing every dollar spent, but I don’t. If something takes too long to master (Contactually, anyone?) or it’s not that fun after all (BoomBoom) or the response from our clients is mostly negative (Happy Grasshopper), I make sure to cancel before it’s renewed,” the broker said.

“Automatic renewing tech or vendor contracts is my No. 1 problem with my business and I absolutely hate that business model.”

Tools for the coming year

When agents were asked what tools they would like to adopt in the coming year, the biggest share (33 percent) hoped to take on video software, followed by social media management tools (29 percent) and lead generation tools other than advertising on the three major third-party sites (29 percent).

IPhones and iPads were by far the most popular devices, each used by about 6 in 10 agents. 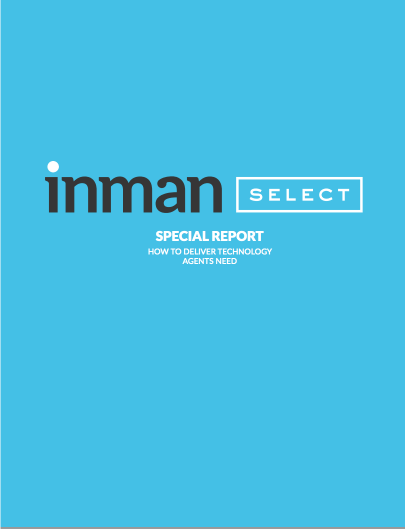