Instead of paying for ad impressions by ZIP code, as they do on Zillow and many other portals, agents pay to be one of up to three real estate pros who show up on a building’s detail page on StreetEasy.

Only those agents who have recently completed deals in a building can pay to show up as an expert. StreetEasy determines real estate pros’ experience in a building based on a variety of sources, including from agents themselves when they claim a deal on the site. 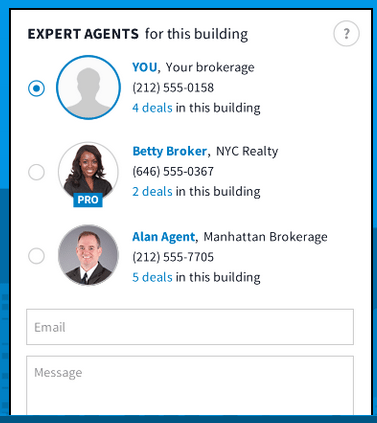 “By providing quick access to agents who have proven experience and qualifications at their location of interest, Building Experts help buyers, sellers or anyone shopping for real estate in New York to get a jump-start on finding the information they need to find a great place to live,” said StreetEasy General Manager Susan Daimler in a statement.