Trulia and Australian listing portals realestate.com.au and Domain will launch apps for the Apple Watch when the wearable device hits the market on April 24.

The Apple Watch offers the potential for prospective buyers to keep an even closer eye on their market by providing them with the ability to access property information and directions from their wrists.

Users of realestate.com.au’s app will be able to receive alerts of nearby listings, look up GPS directions to properties and voice-record notes that’ll synchronize to a user’s realestate.com.au account. 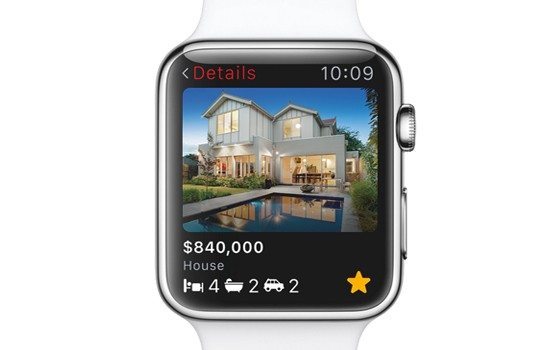 Realestate.com.au is operated by REA Group, a firm that owns a 20 percent stake in realtor.com operator Move and is majority owned by News Corp.

“The app will also give wearers context-specific data, keeping them up-to-date so they can make informed decisions that are right for them,” Domain’s chief product officer told Property Portal Watch.

Trulia also has an app ready to go when the Apple Watch debuts, said Matt Flegal, a spokesman for Trulia.

The listing portal has a history of churning out apps for wearable platforms, including Google Glass, Android Wear and Samsung Gear platforms.

Flegal didn’t immediately respond to a request for details on the functionality of Trulia’s Apple Watch.

Zillow, which owns Trulia, said that it had “nothing to report” at this time when asked if it had developed an Apple Watch app.