Some local Realtor associations scrambling to meet a deadline to offer a minimum set of services mandated by the National Association of Realtors are doing so by either joining forces or dissolving altogether.

Realtor association exec Gail Wells and her members faced a tough choice recently: Merge with a larger association or pay substantially higher dues to meet a mandate from the National Association of Realtors.

“We are merging just because we’re such a small board, we just don’t have the funds to pull off what NAR is requiring of us. We would have to raise our dues so much that it would make it very hard,” Wells said.

Like Grand/San Juan, some local Realtor associations scrambling to meet a deadline to offer a required minimum set of services are doing so by either joining forces or dissolving altogether.

NAR’s new “core standards” have been a driving force in association mergers and dissolutions that have so far involved an estimated 49,000-plus Realtors across the country, according to an Inman analysis of data provided by NAR.

The core standards are meant to ensure that even the smallest association is capable of enforcing the Realtor Code of Ethics, playing a political advocacy role, conducting outreach to consumers, maintaining fiscal responsibility, creating a strategic plan, and operating a website promoting member programs, products and services.

(Note: Click on the pins for more information about each merger or dissolution.)

Inman has learned of other dissolutions and mergers in progress, so those numbers are likely to change as the June 30 deadline for core standards implementation approaches.

So far, the recent changes have reduced the number of local associations to about 1,330 from about 1,360, according to NAR. By at least one estimate, the pressure to comply with the standards will likely mean that figure will go down even further in the next several years, to 1,000 or so.

NAR doesn’t track the reasons behind mergers and dissolutions, but several associations Inman contacted said the changes were due to a desire to comply with the new standards. Those who don’t comply risk expulsion from NAR.

Stay tuned for more details on how small associations have coped with the changes. For some, the transition has not been easy. 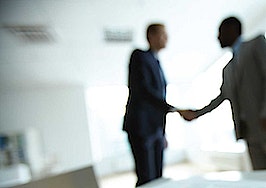 Websites will help small Realtor associations step up their game
Back to top
Only 3 days left to register for Inman Connect Las Vegas before prices go up! Don't miss the premier event for real estate pros.Register Now ×
Limited Time Offer: Get 1 year of Inman Select for $199SUBSCRIBE×
Inmanpot
Log in
If you created your account with Google or Facebook
Don't have an account?
Create an Account
Forgot your password?
No Problem