Rooftop solar panels can be a great way for homeowners to cut their electricity bills, particularly where rebates that reduce cost of the initial investment are available.

But because you can’t depend on the sun to come out every day — and you can be certain it will go down every night — solar-powered homes still have to be connected to “the grid.”

That could change when Tesla Motors Inc. starts making the same lithium-ion battery technology that powers its super-sleek cars available to homeowners.

Tesla already offers battery storage to a few customers of SolarCity Corp. (Tesla CEO Elon Musk is SolarCity’s chairman and biggest shareholder) and will be ready to start mass-producing them in the next six months, Bloomberg reports.

Making Tesla’s batteries available to homeowners could have a “disruptive” effect by spurring more homeowners to go “off-grid,” Morgan Stanley analysts have said.

Musk has been working Twitter hard this week to build anticipation for a formal announcement. A “major new Tesla product line — not a car — will be unveiled,” on April 30, he promised Monday.

Today Musk noted that SolarCity “just hit a new daily energy record” of five gigawatt-hours — roughly enough to supply 165,000 homes — and that it “almost feels like something is needed to complete the picture. …”

The takeaway for real estate brokers and agents? Undeveloped land that would once have been cost-prohibitive to build on because of the expense of bringing utilities on-site could suddenly be more attractive — assuming permits are obtainable, and that perc test comes back with a passing grade. 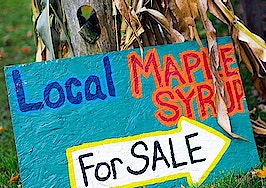 What 'distributed everything' means for real estate 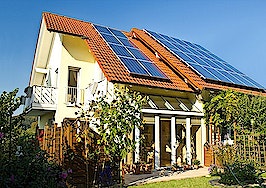