The National Association of Realtors and realtor.com operator Move Inc. have settled a lawsuit over the use of the new .realtor top-level domain outside of the U.S. — but the agreement is confidential, leaving several questions about Move’s rights to the domain unanswered.

NAR went to court last fall, seeking a declaration that it did not need Move’s permission to license .realtor domain names outside of the U.S. NAR also wanted Delaware’s Chancery Court to declare agreements it has with Move do not create “any financial obligation” on the part of NAR to Move “as a result of licensing such domain names.”

NAR and Move announced Tuesday that they had reached an agreement on the suit, and NAR’s complaint seeking clarification has been dismissed. Terms of the agreement were not disclosed. NAR and Move declined to comment for this story.

“Nothing related to this matter involved or affects the operation of realtor.com, which Move operates through an exclusive relationship with NAR,” the two entities said in a statement.

According to the complaint, Move began to raise concerns about how the .realtor domain name might affect the business of realtor.com after NAR applied to the Internet Corporation for Assigned Names and Numbers (ICANN) to manage the .realtor domain in 2012.

In the end, NAR voluntarily agreed to a top-level domain agreement with Move, which became effective June 24, 2013, the complaint said.

The agreement provided Move with “certain rights” concerning the Realtor Domain Names Program, a program that NAR claimed is specifically limited to licensing or selling .realtor domains in the United States.

Today, NAR and Move declined to say what those rights are. Members who sign up for a .realtor domain must include their name in the domain, but are not prohibited from including geographic terms. Members have the option, but are not required, to direct their .realtor domain to their realtor.com profile page.

NAR and Move also declined to say whether NAR will have to obtain Move’s permission to license .realtor domains outside of the U.S., including if the domains include a geographic location or if the domains are for websites that contain listing information for properties outside the U.S.

They also would not say whether licensing .realtor domains outside of the U.S. would create any financial obligation on the part of NAR to Move.

NAR currently has agreements with the Canadian Real Estate Association (NAR’s counterpart to the north) and with Second Generation Ltd. subsidiary Real Estate Domains LLC to license .realtor outside of the United States.

In the complaint, NAR’s attorneys claimed that CREA and RED could sue NAR for breach of contract if NAR acquiesced to Move’s arguments.

NAR and Move would not say whether the settlement means that CREA and RED can begin licensing .realtor domains that include geographical locations outside of the U.S.

NAR began offering .realtor domains to U.S. and Canadian Realtors on Oct. 23. But in the complaint, NAR said it had held off providing geographical top-level domains to CREA while its dispute with Move was pending.

Today, CREA spokesman Pierre Leduc said NAR is managing the distribution of .realtor domains and CREA does not know when .realtor domains with geographic locations will become available to CREA members. Second Generation did not respond to requests for comment.

So far, there have been just over 95,000 .realtor domain name registrations, with new registrations averaging fewer than 60 a day so far this year, according to ntldstats.com. At that rate, it would take 18 years for .realtor registrations to hit the 500,000 mark.

One reason for the relative lack of interest could be the business rules drawn up by NAR governing the use of the domains — including a requirement that members’ first, last or full names must be part of the domain (SueSmith.realtor, for example).

Those restrictions — and the lack of appeal of a website address tied to an agent’s name, rather than a .com address attached to a geographic location — prompted broker and Inman columnist Teresa Boardman to forgo a .realtor domain.

“I think I’ll just stick with my .com domains,” Boardman wrote last fall. “I can have domain names like StPaulRealEstateBlog.com and StPaulCondolife.com and StPaulPhotos.com and several others that don’t include my name, or the words sell or sold. The domain names are more about real estate, not about me.” 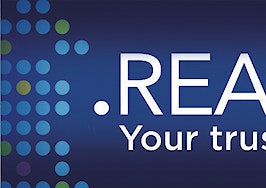 Why I don't want to be a .realtor 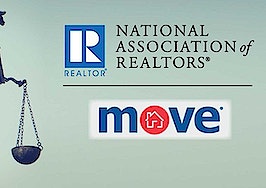 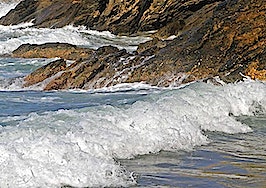 Rising tide but no tidal wave of new .realtor agent websites
Back to top
Only 3 days left to register for Inman Connect Las Vegas before prices go up! Don't miss the premier event for real estate pros.Register Now ×
Limited Time Offer: Get 1 year of Inman Select for $199SUBSCRIBE×
Inmanpot
Log in
If you created your account with Google or Facebook
Don't have an account?
Create an Account
Forgot your password?
No Problem