The latest technological movements may spare some industries. But not real estate.

Chris Dixon, a general partner at venture capital firm Andreessen Horowitz, recently outlined eight tech trends in an interview at TechCrunch Disrupt NY 2015. All of them are shaking up real estate.

Online 3-D representations that let prospective buyers virtually saunter around homes are spreading like wildfire. They’re constructed based on either floor plans or data collected by special cameras used by real estate agents or marketers.

Virtual reality goggles, such as those produced by Samsung or Oculus Rift, can convert these representations into fully immersive experiences that make users feel as if they truly are walking in a home.

House hunters will also be able to use virtual reality gear to project holograms of furniture into spaces, so they can get a feel for different layouts.

Some developers are offering up virtual reality gear for 3-D touring in their offices. It’s easy to imagine real estate brokerage offices doing the same in the future.

Smart homes whose furniture and appliances talk to their owner — and each other — are quickly growing in popularity as the “Internet of Things” (IoT) technology explodes.

The Nest Learning Thermostat learns and adjusts temperature based on a user’s habits, and allows a user to monitor and change temperatures from a smartphone.

Smart furniture developed jointly by two South Korean companies have built-in touch screens that can replicate the display of a person’s smartphone and let users make and receive phone calls, open doors and listen to the radio.

The Chinese company WinSun claimed to have printed 10 homes in 24 hours in 2014, and said in January that it had churned out a five-story apartment using one of the machines.

Behrokh Khoshnevis, lead researcher for Contour Crafting, told Yahoo Homes that homes built by 3-D printers will be “much cheaper, much faster, much safer” and contain “much nicer architectural features” than traditional homes.

RealtyShares, a real estate crowdfunder, may have found the most useful way to use the digital currency in real estate. The firm lets international investors buy slices of property using bitcoin, allowing them to bypass wire transfer and traditional currency conversion fees.

Many real estate agents have been using unmanned aerial vehicles to shoot aerial photos and video of properties for marketing purposes despite the fact that the Federal Aviation Administration says that’s illegal without special authorization.

But the agency has been lightening up a bit lately.

It’s authorized a handful of real estate agents who have applied for exemptions to use drones for commercial purposes, and recently announced a program that lets three companies use drones for news gathering, crop monitoring and railway inspecting.

Sooner or later, the agency will finalize rules that could make it much easier for real estate agents to legally operate drones for commercial ends.

Dixon said he approves of the FAA’s conservative approach to regulating drones, given the many risks the unmanned aircraft pose to the public.

So it’s no wonder that his firm has invested in two drone software providers, Skydio and Airware, that can help prevent drones from crashing.

“Big data” is a nebulous term. But the proliferation of listings and local data probably don’t count as examples of the phenomenon at work.

What does are cases where firms are analyzing public and private data to flag potential buyers and sellers. Lead generation driven by “predictive analytics” is making life hell for some homeowners — particularly those who are distressed.

You may not be able to call algorithms that guess what listings match your preferences “artificial intelligence” (AI). But those algorithms are only going to get smarter.

And when they end up presenting you with listings or agents that appeal to you before you have indicated that you want to search for listings or agents, then you might be willing to grant them the title of AI.

AI could also make lead management a lot easier. Brokers or agents might be able to use a service like DigitalGenius, which uses AI to “enable fully automated, human-like conversations at scale,” to correspond with online leads, freeing up agents time to work with clients.

The best-known example is Soylent, a powder that supposedly gives you all the nutrients you need. The idea of liquid meals is to eliminate the time it takes to prepare and eat a traditional meal.

OK, so the notion that liquid meals are impacting real estate is a stretch.

But given the unpredictable and sometimes-chaotic nature of a real estate agent’s day-to-day, it’s easy to see how agents might turn to this type of sustenance more often than most people. 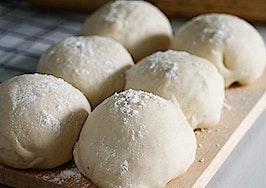 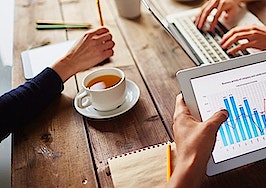 Experience + data = better real estate decisions
Back to top
Only 3 days left to register for Inman Connect Las Vegas before prices go up! Don't miss the premier event for real estate pros.Register Now ×
Limited Time Offer: Get 1 year of Inman Select for $199SUBSCRIBE×
Inmanpot
Log in
If you created your account with Google or Facebook
Don't have an account?
Create an Account
Forgot your password?
No Problem