The integration will allow users in markets where zipForm maker zipLogix Inc. has license agreements for digital real estate forms, like California, to fill out those forms within in SkySlope using zipForm technology, eliminating the need to bounce from one system to the other to get a deal done.

“Everything you can do in zipForm you can now do directly in SkySlope,” said SkySlope CEO Tyler Smith. 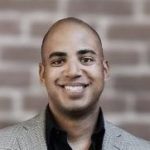 The integration, which SkySlope said should be live by the third quarter, mirrors one zipLogix and transaction management platform provider DocuSign implemented late last year.

Access to real estate forms is a big deal for real estate tech vendors, including makers of transaction management platforms like SkySlope, DocuSign, dotloop and Instanet Solutions, whose offerings really shine when real estate pros can use their platforms to fill those forms out.

ZipLogix currently licenses forms from over 280 associations and brokers including locations where it has exclusive licenses like California. (See a full list of zipLogix’ form libraries here.) Unless a tech vendor has a license from the owner of the forms, they can’t be edited within its platform.

Users will have to have both SkySlope and zipForm accounts to edit forms within SkySlope using the zipForm tech.

Though a bit under the radar, SkySlope is a huge player in the digital transaction space. The firm claims that over 1,000 brokerages and 100,000 agents use its software, including 25 percent of the nation’s top 100 brokerages.

One of the nation’s largest brokerages, Alain Pinel Realtors, signed up to provide SkySlope to its over 1,400 agents last year.

The integration with SkySlope and DocuSign is part of a trend from zipLogix of introducing integrations and partnerships with tech vendors that became noticeable last year.

In August, the digital offer platform, Offer Runway, from Realty Pilotbecame the sixth tech vendor zipLogix had established partnerships with in 2014. The other five partnerships it has made last year include:

The Realtor-owned property data tool Realtors Property Resource and zipLogix announced a similar integration between their products this March.

ZipLogix is a joint venture between the National Association of Realtors and California Association of Realtors subsidiary Real Estate Business Services Inc. (REBS). As of the end of 2013, NAR owned an approximate 30 percent interest in zipLogix, carrying a value of $4 million. In 2009, NAR took a 5.43 percent stake in DocuSign with a $2 million investment via its subsidiary Second Century Ventures. 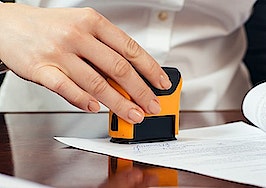 Remote e-notarization could shape the future of closings 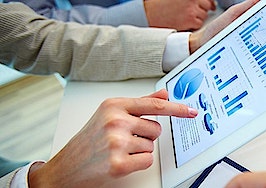 5 ways to better utilize technology for organization and penetration 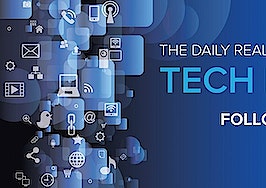 FollowUp.cc is a simple and affordable email additive that could replace your CRM
Back to top
Keep up-to-date on tools and tactics to impress your clients and outshine your competition with the 2022 virtual bundle.Register Now×
Agent Appreciation Sale: Inman Select for only $85.CLAIM OFFER×
Inmanpot
Log in
If you created your account with Google or Facebook
Don't have an account?
Create an Account
Forgot your password?
No Problem