When Ryan Serhant recently visited South Korea, he quickly discovered that many natives recognized him. How? Because he’s a star of the reality TV show “Million Dollar Listing New York,” a series that reaches audiences all across the world. “People were like, ‘you’re the real estate guy,” he said.

When Ryan Serhant recently visited South Korea, he quickly discovered that many natives recognized him.

Because he’s a star of the reality TV show “Million Dollar Listing New York,” a series that reaches audiences all across the world.

“People were like, ‘you’re the real estate guy,” he said.

Some prospective clients may shy away from agents who put them in the spotlight.

But at a forum hosted by The Real Deal in New York City, Serhant and his co-star (and rival), Fredrik Eklund, confirmed what was probably a wideheld suspicion: Being a real estate agent TV star is good for business.

Eklund, an agent at Douglas Elliman, wasn’t sure what to do when he was asked to be a part of “Million Dollar Listing New York.” Some colleagues told him that joining a reality TV show would end his career.

And he said he’s sure that “we do lose clients because of the show.”

But putting his work with sellers on display to millions of people in more than 140 countries has certainly helped more than it it’s hurt, he said.

There’s a reason why he constantly receives phone calls from international buyers all over the world: the show has earned him virtually unparalleled brand recognition.

“You can’t buy that kind of power,” he said.

Serhant has had a similar experience.

“I can’t afford that kind of publicity and advertising,” he said, speaking of the image he’s managed to project thanks to “Million Dollar Listing New York.”

Foreigners see the show and contact him, he said. And since he’s a real business man, not an aloof celebrity, he actually responds.

“They see the show and say, ‘I’m going to reach out to one of those guys,’ and say, ‘let’s see if they write back,” he said.

That’s because the show presents viewers with a rapid-fire sequence of scenes that give the impression that an agent has to invest relatively little effort to rake in tens of thousands of dollars in commissions, Serhant said.

But a typical episode, he said, can often be a distillation of footage shot over a span of four or five months.

And the camera never conveys the many other challenges real estate agents face, not the least of which is marketing, said Luis Ortiz, the third “Million Dollar Listing New York” star who sat on the panel.

Show business, however, can bring its own set of challenges. In “Million Dollar Listing,” that includes rivalries.

Serhant said that the most common question he’s asked is if he really does hate Eklund, who was separated from Serhant by Ortiz on stage.

“I wish it was scripted,” but it’s not, Serhant said.

Shooting a season of the show, Serhant claimed, could go much faster if he not for friction between him and Eklund.

Despite his awkward position on stage, Ortiz didn’t volunteer any insights on relations between Serhant and Eklund.

But he did reveal that the biggest question he’s asked is how he does his hair.

For those who were wondering, Ortiz said about that subject: “It used to take a long time, but now it’s about five minutes.” 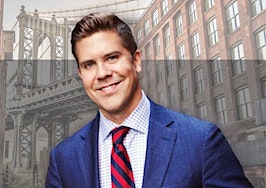 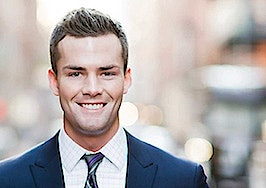 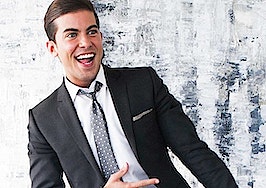 Interview with Luis Ortiz from 'Million Dollar Listing New York'
Back to top
TOMORROW: Leaders from eXp, Corcoran, RE/MAX, The Agency, and more are speaking virtually at Connect Now. Listen or watch live + receive the replays.Register Now×
Agent Appreciation Sale: Inman Select for only $85.CLAIM OFFER×
Inmanpot
Log in
If you created your account with Google or Facebook
Don't have an account?
Create an Account
Forgot your password?
No Problem