Real estate agents often have to drop everything to perform time-sensitive tasks, such as whipping together offers or firing off emails to inquiries from leads.

That means they can spend a lot of time in coffee shops. The most alluring of such establishments provide free Wi-Fi access, allowing agents to avoid mobile data charges.

OpenSignal, which maps cellphone signal strength for consumers and sells some of the data it collects to mobile networks, has launched a new iPhone app that can make locking on to Internet oases a lot easier.

“Staying on top of the real estate market requires Internet and Wi-Fi, and agents are always on the go and out and about for showings, so they can save on data this way,” said Jaleh Afrooze, operations manager at OpenSignal.

Drawing on a database of a claimed 475 million global hotspots, WifiMapper shows more than 2 million locations that OpenSignal has deemed likely to provide free Internet access.

WifiMapper isn’t the only app that maps free Wi-Fi, but OpenSignal CEO Brendan Gill told TechCrunch that it’s done one of the most thorough jobs of pinning down free hotspots thanks to the depth of its database. WiFi Map, Free Wi-Fi Finder and Osmino Wi-Fi are among competing apps.

The app flags hotspots likely to offer free Internet access using an algorithm that looks at the number of users who’ve used a hotspot and matching hotspots with locations that tend to provide free Wi-Fi, like coffee shops, VentureBeat reports. WifiMapper sources its location data from Foursquare.

Users can also get details and reviews on hotspot locations, and add to that information themselves. WifiMapper is counting on users to improve the accuracy of its database by adding, editing and describing hotspots.

The app also shows if a Wi-Fi network is encrypted. That might be particularly useful for real estate agents to know, given that they often work with sensitive documents, Afrooze noted.

She also offered another use case: Real estate agents “can recommend some cafes with great coffee/lunch and Wi-Fi during the first day (or moving day) or week before the tenant/owner gets their Wi-Fi set up by the ISP.”

To iPad or not to iPad 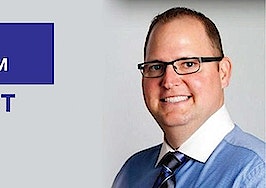 Kirk Short: 'Technology allows us to work with clients across the country as if they are living next door'
Back to top
TOMORROW: Leaders from eXp, Corcoran, RE/MAX, The Agency, and more are speaking virtually at Connect Now. Listen or watch live + receive the replays.Register Now×
Agent Appreciation Sale: Inman Select for only $85.CLAIM OFFER×
Inmanpot
Log in
If you created your account with Google or Facebook
Don't have an account?
Create an Account
Forgot your password?
No Problem