On April 8, the 6,000 members of the northern Colorado-based multiple listing service Information and Real Estate Services LLC were the first MLS members able to use the free, popular listing performance monitoring tool ListTrac with metrics from Zillow Group.

The tool can help real estate agents and brokers decide which websites offer the best exposure for their listings.

Currently, four other MLSs — Intermountain MLS, Cape Cod & Islands Association of Realtors, Georgia MLS and MiRealSource — can also give their members insight into how many views and leads their listings generate on Zillow Group sites, as well as their public-facing MLS sites and Internet data exchange (IDX) websites.

Zillow Group listing performance data comes from sites it owns, such as Zillow and HotPads, and those it powers, such as Yahoo Homes and AOL Real Estate. Data from Trulia is not yet live for ListTrac, but should be in approximately one month, ListTrac co-founder Trent Gardner told Inman.

Gardner said two other MLSs who use the ListTrac tool will soon get Zillow data as well: Sunnyvale, California-based MLSListings Inc., which signed up with ListTrac earlier this month, and one of the largest MLSs in the country, Arizona Regional MLS.

IRES brought on ListTrac in February. In addition to listing views and leads from IRES’ public websites — ColoProperty.com and AtHomeColorado.com — ListTrac also measures leads generated by email prospecting tools used by agents inside the MLS system, which in IRES’ case is at iresis.com.

ListTrac serves up Zillow Group metrics to IRES members and those of the other MLSs on board now under a program Zillow Group launched in early March, “Zillow Tech Connect: Reports.”

ListTrac, which was the first company on board for the new program, does not record listing performance from Zillow Group as it does with other sites, where ListTrac embeds a monitoring code that allows it to collect data directly.

Listings on Zillow do not include that code. Instead, Zillow Group pushes analytics about listing performance to ListTrac, Zillow Group spokeswoman Amanda Woolley told Inman.

Thanks to ListTrac data, IRES can see that in the last 30 days its members’ listings displayed on its public-facing websites generated more traffic than those displayed on Zillow Group sites (minus Trulia) or on IDX sites.

It’s important to note two things, however: ListTrac hasn’t signed agreements with all IDX vendors yet, so the reported views from IDX websites is deceivingly low; and, ListTrac doesn’t get uniques from Zillow yet.

Gardner said ListTrac gets views and leads data from Zillow Group now and is working with the firm’s development team to get data on unique visitors as well. 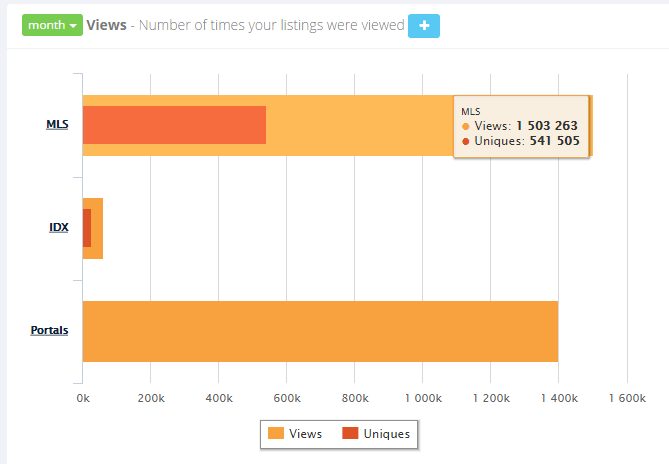 Zillow Group has another way for MLSs, brokers and agents to get listing performance data as well.

Zillow announced its “Data Dashboard” on Jan. 6, the day news broke that Zillow and listing syndication platform ListHub would not re-up their agreement, which, after some legal wrangling, expired on April 7 for both Zillow Group brands, Zillow and Trulia.

“The Zillow Data Dashboard is a great reporting option, but we also are pleased to help our partners by providing them access to other metrics with their partner of choice,” said Errol Samuelson, Zillow Group chief industry development officer, in a statement.

ListTrac, which launched in 2014 and now gives more than 300,000 agents performance data on over 500,000 listings with the platform, is catching fire.

Earlier in May, the company signed a partnership with MLS software provider Rapattoni Corp. that makes it easy for Rapattoni’s more than 100 MLS clients, who represent over 200,000 agents, to use the tool within the Rapattoni MLS system. Rapattoni client the San Francisco Association of Realtors was the first to roll out ListTrac to its members through the partnership.

Based in Southern California, ListTrac has not yet offered any paid features, has made no revenue and has yet to announce its business model.

In addition to announcing that IRES now gets listing performance data from Zillow Group via ListTrac, IRES and Zillow Group also announced today that the MLS has signed an agreement to send its listings directly to Zillow and Trulia.

Over 105 MLSs have signed direct feeds with the Zillow Group in the last two months. 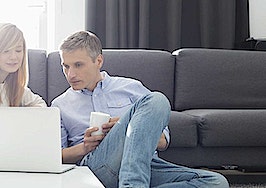 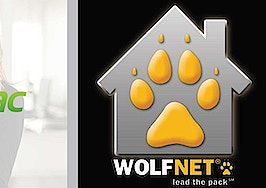 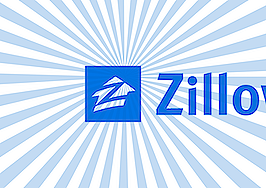 Zillow program could help more agents track their listings online
Back to top
Only 3 days left to register for Inman Connect Las Vegas before prices go up! Don't miss the premier event for real estate pros.Register Now ×
Limited Time Offer: Get 1 year of Inman Select for $199SUBSCRIBE×
Inmanpot
Log in
If you created your account with Google or Facebook
Don't have an account?
Create an Account
Forgot your password?
No Problem