The Supreme Court ruled today that the Constitution guarantees the right to same-sex marriage. So what does this mean for real estate sales? Well, the short answer is nobody knows yet. But here are some areas where real estate and home sales might be impacted by this momentous ruling.

The Supreme Court ruled today that the Constitution guarantees the right to same-sex marriage.

Thirteen states in the U.S. had banned same-sex marriage, and the court ruled that these bans are unconstitutional. Those states are:

So what does this mean for real estate sales? Well, the short answer is nobody knows yet.

But here are some areas where real estate and home sales might be impacted by this momentous ruling:

Publisher Brad Inman posed the question in the Inman Coast-to-Coast Facebook group, saying: “My take: When discrimination of a class of people is lifted, that group goes mainstream and more of them become homeowners. Stretch? Other connections?”

First: The mortgage process will likely be affected, particularly in states where marriage equality has previously been banned. Marriage could mean greater financial stability for Americans who previously were unable to get married, which would make it easier for this demographic to qualify for a mortgage. And a greater acceptance for gay people in society could also mean gay couples will be more willing to put down roots and buy a home.

Second: It could mean there will likely be an influx of new LGBT buyers in the real estate space. Are agents ready to handle the increased numbers?

There will likely be in an influx of new LGBT buyers in the real estate space.

Third: There could be some demographic shifts between cities and suburbs as communities reshuffle to accommodate this change.

Fourth: Just because people who identify as gay in the U.S. can get married now — that doesn’t mean they will get married. There are benefits to remaining single and cohabiting, too.

Fifth: Although this is a big win for equality around the country — and has won many gay couples peace-of-mind — agents must remain vigilant to protect the rights of their clients. After all, even though bans on marriage equality have been deemed unconstitutional, there are still plenty of citizens who don’t think their gay counterparts should be allowed to legally marry, and those people might not change their minds for years (or at all).

Do you have questions about what this ruling means for your industry? Leave them in the comments section and we’ll find an answer for you!

12 bizarre real estate facts that will make you say "wow" 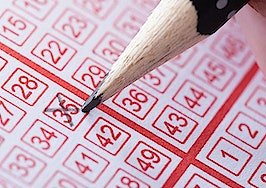 Agents, to attract LGBT clients, focus on reputation
Back to top
Only 3 days left to register for Inman Connect Las Vegas before prices go up! Don't miss the premier event for real estate pros.Register Now ×
Limited Time Offer: Get 1 year of Inman Select for $199SUBSCRIBE×
Inmanpot
Log in
If you created your account with Google or Facebook
Don't have an account?
Create an Account
Forgot your password?
No Problem