Real estate agent Joe Ianiro won $7 million in the New Jersey lottery in November, but his feet are not tucked under Bermuda sand; no palm trees shade his face, and no piña colada drips condensation on his fingers.

But that 1-in-22-million fortune will not influence his dedication to his full-time job. “The real estate business has to run in your blood,” Ianiro told Inman. 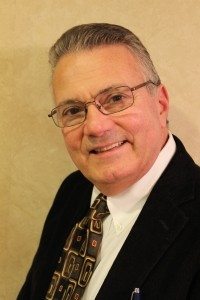 Ianiro had a passion for real estate more than 30 years ago, but the market was at a peak then, and people were flocking to the industry who were just after the money, which Ianiro said gave the profession a bad name. “I didn’t want to be a part of it,” he said.

So he began a career at AT&T that spanned three decades. He officially retired from that first career last year and now he’s able to pursue his true work-love without distraction, a pursuit that appears even more genuine after depositing $3.6 million in the bank (Ianiro said he wrote a $3.4 million check to Uncle Sam on April 15.)

Some of the agents who gave the profession a bad name when Ianiro was looking to start a career in the mid-1980s have been weeded out by higher fees and more continuing education requirements that agents in New Jersey now face, Ianiro said.

By finally following his passion, Ianiro is living the advice that some of real estate’s most successful entrepreneurs preach. Passion led Re/Max co-founder and CEO Dave Liniger to stratospheric heights and broker-owner Gordon Stephenson, who has recouped millions as a Zillow board member, to continue the simple day-to-day business of real estate.

Ianiro, who is an agent with Hasbrouck Heights, New Jersey-based Real Living Gateway Realtors, loves real estate because of the “beautiful stories” he experiences as a pro helping buyers and sellers navigate some of the biggest moments of their lives.

For example, he recently helped a husband and wife who had a special-needs boy find a home that allows them to be close to family who will help look after the child. During the house hunt, the boy played a game on his dad’s iPhone that featured a hamster.

As a part of a closing gift, Ianiro bought the boy a pet hamster (he cleared it with the family ahead of time). He asked the boy what name he would give the animal, and he said, “I’m calling it Joe.”

Though he has an influx of money that he could put toward the latest real estate technology and a bunch of leads from portals, Ianiro said he’s not changing the way he does real estate.

Ianiro is putting more dough into Facebook ads and print marketing, but he won’t be tapping his winnings for that spend, he said.

His connection with real estate is not just about the beautiful stories.

Ianiro said the opportunity to serve the lesbian, gay, bisexual and transgender community in real estate is another motivation for continuing his real estate practice.

Ianiro, who is gay, has been with his partner, John, for 33 years. “People feel a bond with agents who have similar lifestyles and interests,” he said.

Ianiro has earmarked a portion of his winnings for a community safe place to support members of the gay community in New Jersey suburbs who are battling addiction. Major cities have that kind of support, but not the suburbs, Ianiro said.

Some of Ianiro’s money will also go to help a few of his family members buy their own homes.

Ianiro, who is also a nondenominational Christian minister specializing in marrying and baptizing people who other churches have turned away, is also using some of the winnings for himself and John.

They recently bought a newer, bigger home near the suburban house they shared for the past 20 years. The new house will give Ianiro the space to plant 36 Italian tomato plants every spring instead of the 12 at the smaller yard at their old place.

He and John have also planned a vacation to Italy in September, when they expect to close on their new house. Ianiro’s ancestors are from Italy, and they’ll be visiting the homelands of both of his grandmothers in Sicily and Abruzzo.

And his clients will get a small whiff of Ianiro’s windfall, too.

Ianiro has started giving New Jersey lottery tickets as closing gifts, and he’s thinking of throwing in some Italian tomatoes. 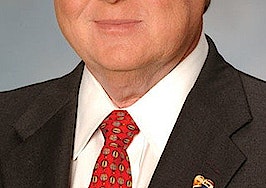 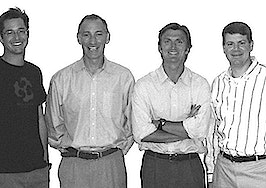 How this Zillow Premier Agent made $10 million 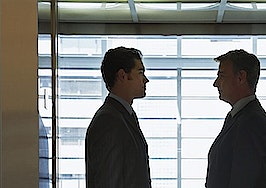 Clarify your value proposition instead of panicking about disruption
Back to top
Only 3 days left to register for Inman Connect Las Vegas before prices go up! Don't miss the premier event for real estate pros.Register Now ×
Limited Time Offer: Get 1 year of Inman Select for $199SUBSCRIBE×
Inmanpot
Log in
If you created your account with Google or Facebook
Don't have an account?
Create an Account
Forgot your password?
No Problem