by Kenneth Jenny |
You successfully shared the article.
Close

Disruption in the residential real estate industry can be gauged by the measurement of three core factors.

Based upon these three factors, the impact on the industry and the consumer can be measured, and we can make a statement as to the success (or lack thereof) of the disruptive force.

In addition, there have been two types of disruption in this industry: Those that have originated from within and those that have come from outside the industry. I call this the “dSource.”

Finally, what was the outcome? How much disruption actually occurred, and was it sustainable?

A score for each of these gauges has been applied to each disrupter below. I have called this the “dScore.”

So who have been the disrupters — or what I now call the “rupters” — and what type of disruption have the ‘rupters dealt the industry?

Who have been the real estate disrupters, and what did they do to the industry?

The first real estate franchise to enter the game. The concept was to display homes in a “gallery” consisting of the window of the sales offices. The idea was to take advantage of the high-traffic locations by providing open access to property photos to entice the generation of leads — during and after business hours.

The concept was reasonably successful but not sustainable, as it was easily knocked off by nonfranchised brokers. But that said, GOH was the first franchise to suggest providing limited public access to listings outside of the coveted and highly protected MLS “tear sheets.”

So what’s the disruption score for Gallery of Homes?

C21 was the first international residential franchise that made a significant impact on the divide between franchise and independent brokerages.

This franchise cut through the industry and provided smaller-to-medium broker businesses with a means to network around a national brand. This allowed those brokers to compete more readily with the larger brokers that were staunch independents.

The core disruption that occurred here was the ability C21 had to network brokers and agents outside of local marketplaces, and even to network its franchisees between countries.

The franchise never really impacted the larger independents because their selection process was largely focused on small- to medium-sized brokers who attracted mostly new agents. The franchise was never really able to shed that reputation, and even today, it is known as the “place to go to begin your real estate career, but not to end it.”

After the success of C21, executives broke away to create their own new franchises. These franchises were essentially sold to those who “missed out” on the C21 offering the first time around.

They offered little in the way of new services and were successful in adding to the overall percentage of franchised brokers nationwide. The target of this ‘rupter was the same as C21: Kill the independent by networking nationwide.

This company applied a new compensation model to disrupt both the industry and consumer marketplaces.

By providing the agent with 100 percent of the commission, Re/Max allowed the agent to negotiate and adjust the commission charged to the consumer, and it provided a means for Re/Max to add top-producing agents with millions of consumers — and their related spheres of influence — to fuel the company’s success.

Only later did the company try to add significant technology to its offering by starting a satellite-based training network and an above-average national property website. The overall success of remax.com was, unfortunately, fueled by ad campaign dollars and not true search enging optimization or search engine marketing.

This was due to the relatively low investment made in the core website technology. The result was sporadic success of the site being ranked in the top 10 real estate websites every now and then over the years.

In addition, due to issues related to the cyclical nature of the industry, the 100 percent model has also evolved to include many other types of compensation that differ from region to region in the network. Including that of a traditional brokerage split.

To this day, CBRA has remained viable by changing and adapting its broker offering to the market. Its real challenge of late has been the incredible opportunity to disrupt presented by technology and the offer of wholesale discounting and rebating made by others outside the industry.

CBRA clearly had great appeal to the larger independent brokers who had not considered other franchises but admired and respected the CB brand as a nationwide brokerage company. And that brokerage company is essentially what we know as NRT today.

While CBRA was growing its traditional brokerage franchise, other very aggressive ‘rupters from outside the industry have used technology and compensation to gain consumer market share.

Despite all of these challenges, CBRA has remained one of the most desired and viable brands in terms of industry and consumer awareness. And the company has embraced certain technologies, like Lead Router and ZipRealty, in an effort to assist its franchised brokers in competing with some of those aggressive ‘rupters that have used technology to attract consumers to new brokerage models.

Next came the ‘rupters that began to play with the compensation structure of the business. These companies were the first to approach the consumer with both “full service” and discounted compensation.

They required the seller to take on some of the marketing responsibilities, but offered variance on full service to negotiate and close the transaction.

The key to the success of these models was timing. They flourished in a seller’s market, and they dwindled away when the market for listings was flooded with choices.

And despite the constant year-in-and-out rate of 15 percent for-sale-by-owners (FSBO), many sellers were resistant to taking on a role in the marketing process in any market.

As a result, these companies have come and gone, and the ownership has changed many, many times throughout the years.

The success of CBRA spawned a whole new group of “super branded” franchises that attacked the independent broker market with great aggression.

The result was the movement of more of the staunch independents to a franchised environment, but the core elements of different compensation or a varied service offering was void in these businesses.

As is the case with all conversion franchises, the real estate experience was not fundamentally changed — nor was the compensation for the services rendered. In other words, with the exception of a name change, there was no fundamental change in the services or compensation offered by those traditional brokers that were simply brand-franchised.

At the same time, the world of online everything was emerging quickly, and the onset of technology-based ‘rupters began.

Realtor.com (R.com) and, later, MSN Home Advisor were two of the first disrupters to apply the technologies of the Internet to real estate. But they did this as not a broker but as entities positioned between the consumer and the broker. They disrupted the broker’s and the agent’s relationship with the consumer.

The early success of this disruption then resulted in the creation of other portals using search technology as a means to create value within a nationwide search index of properties.

So not only did the portals disrupt the relationship between the broker and the consumer, but they also disrupted the MLS industry’s effort to create local public-facing MLS websites as they provided the consumer with the ability to search the nation for properties.

Finally, the portals disrupted and generated the downfall of the traditional media companies who had generated relationships with brokers and agents prior to this in exchange for ad dollars.

The first viable challenge to the U.S. traditional brokerage industry came from overseas in the U.K. This company came to the U.S. with an online brokerage model that was proven offshore.

It tried to impact the traditional brokerage model, but in the end was not successful in dislodging or disrupting the relationships the broker brands and the agents had with the consumer. This was the beginning of the understanding of just how difficult it was for the disrupter to disrupt the business without a relationship with the consumer.

The model ultimately failed, and the YHD technology was sold to a traditional broker who uses it today to generate leads in a local marketplace using a generic domain.

What was realized from the YHD impact was that what was needed was a greater combination of the core factors of disruption.

A true ‘rupter needed to “fire at the the industry with all barrels,” not just one or another.

This company saw the success of Re/Max and basically upped the ante. In other words, it agreed to apply a 100 percent split after the agent was able to achieve a certain level of company dollar. And this was all combined with profit-sharing for those agents recruited by another Keller Williams agent.

The result was the disruption of the Re/Max business model as brokers franchised with KW. Unique to KW was the fact that a KW broker was required to apply the KW system. No transition franchises were permitted in the system.

While this company clearly disrupted the brokerage industry model, it has had little impact on the consumer because the company feels that the agent should control that experience in total. So as a result, KW does no consumer advertising, and it is razor-focused on adding more agents with personal spheres of influence to its market centers to build its overall number of potential consumers.

The company mandates that agents buy in to its technology programs, but the use of the actual technology remains with the individual agent.

Along comes Redfin, a true disrupter in terms of applying the three core factors of disruption to the business. Redfin changed the real estate experience for the buyer with a rebated portion of the transaction, applied great technology to the search experience and offered a degree of varied services in return for fair compensation.

The issue here is that the company has had difficulty attracting top agents who still have a tight control on the consumers within their spheres of influence. And it lacks a new offer for sellers, so Redfin has limited exposure in the market with signage other than what it is able to generate using IDX / VOW feeds online.

The company has adjusted its model regularly and continues to try to impact the market of those who are in search of a new and improved real estate experience.

The issue may well be that in its home market, Seattle, it has yet to achieve more than a 5 percent share of the overall market in the face of well-established brands like Windermere, J.L. Scott and CB, which have forever enjoyed double-digit market share.

Kenneth Jenny is an expert in the residential real estate brokerage industry and real estate marketing. 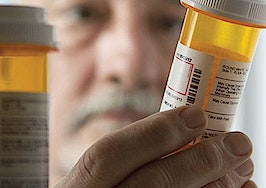 The cure for the common conditional sale 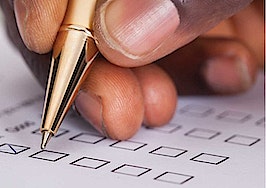 Due diligence is the anecdote for 'shiny object syndrome' 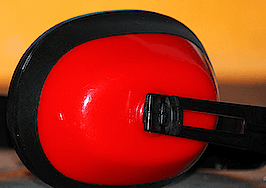