by Subrao Shenoy
Share this article
You successfully shared the article.
Close

I remember my first couple of years in sales — many years ago. Having come from a high tech and engineering background, I thought I could solve every problem, and I wanted to rationalize everything I saw.

I was analyzing everything to death and it was frustrating. This is often called “paralysis by analysis.”

When I was trying to analyze all the time, I had to learn to synthesize. In simple English and from high school chemistry: Analysis is the art of breaking things down, such as a compound in a lab, to observe behavior.

Synthesis is the opposite. Most successful people I see have learned to synthesize things around them and come to terms. Being analytical is not wrong, but it can make you unhappy at times when you see things that aren’t right or efficient.

In my early years in sales, I met a dedicated salesperson who was trying very hard. He had a to-do list that he meticulously checked off each day. He would leave work at 4:30 p.m. each day with his desk neat and his list already prepared for what to do the next day. He produced only 30 percent of his quota that year.

At the same time I met a mortgage broker who made a killing in loans for years, but wasn’t quite organized. His desk was a honeycomb of sticky notes. When you walked up, he would look at you, then dive into his pool of sticky notes and ask why you were there. He was the top salesperson. How does that happen?

There are formulas everywhere. The Google ranking algorithm is a theory of sparse matrices whose secret recipe most of us mortals will never know.

In mathematical finance, the Black-Scholes equation is a Nobel Prize-winning equation that governs the price evolution of a stock market call.

What is the model for human behavior? There is no such equation. If we knew that, we would know instantly who is a good buyer or seller and what the guy standing next to me will do five minutes from now.

As I remember from my early exposure to Tony Robbins, we don’t have a user manual for humans. Yet all salespeople deal with humans day in and day out.

The blending of synthesis and analysis together brings peace to your life. Synthesis is putting things together and having a perspective. As my mentor once said, “Perspective is worth 50 IQ points.”

When you read Earl Nightingale, he also talks about brightening your corner of the world.

Look at that phrase right there — “brightening your corner of the world.” It will give you long-term joy. It lets you control your actions and emotions completely. It takes life’s thorns away with an added fringe benefit of lower blood pressure.

Whether you are selling homes, are a social worker or a billionaire building a new car factory, it is that specific act of brightening that drives all of us forward.

Analysis is your God-given skill to break things apart and see what’s right and what’s wrong. But at the end of the day, the art of synthesis helps you put things together, get a perspective and be decisive.

So next time you are in a deep spin over who acquired whom or why something is going completely wrong, remember the only person you have complete control of is you — and that’s the only thing that matters for your success.

The only person you have control of is you — that’s all that  matters for your success.

Subrao Shenoy is the CEO of planetRE. Follow him on Twitter or connect with him on LinkedIn. 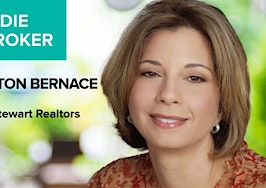 Tere Shelton Bernace: 'We’ve developed a strong niche in our market and do not feel that a franchise name brings any significant value' 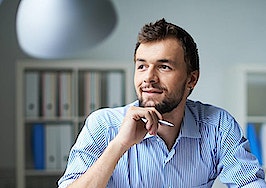 Single-family home construction on the rise
Back to top
Only 3 days left to register for Inman Connect Las Vegas before prices go up! Don't miss the premier event for real estate pros.Register Now ×
Limited Time Offer: Get 1 year of Inman Select for $199SUBSCRIBE×
Inmanpot
Log in
If you created your account with Google or Facebook
Don't have an account?
Create an Account
Forgot your password?
No Problem