Who gets the credit? Both buyer and selling agent can gift a “CentriQ home” to its new owner.

How to overcome the hurdle of whose banner ad underlies the app remains a challenge for the software. First adopters here will win.

CentriQ is an app that provides homeowners information about maintaining their home.

HomeZada and HomeKeepr already do this. And, to an extent, Dizzle.

However, the primary difference here is that the true intent of CentriQ isn’t keeping in touch with clients after closing. That’s merely a byproduct.

The home will become a hub of marketing information for agents.

In contrast to HomeZada, homeowners don’t have to perform any legwork to get appliance serial numbers or the brand of water heater into CentriQ.

After a initial home survey by a CentriQ home surveyor, dispatched by either the listing or buyer agent, everything about the home is uploaded and filtered into user accounts by the company’s overseas staff.

Appliance manuals are tracked down on manufacturer websites. Most come as PDFs, which can be searched directly via CentriQ.

Remember, Viking has a limited number of stove models on the market. Same with GE, Kenmore and Life Is Good.

Thus, it’s not that difficult to populate a CentriQ account. Nor is it a challenge to uncover another homeowner encountering the same faulty “on” switch.

For that reason, CentriQ collects and makes readily available Internet conversations about an appliance or common new homeowner concern, like how to turn off the home’s gas supply or stain a deck.

There’s also an Emergency/Natural Disaster category that collates content on what needs to be addressed during floods or earthquakes. Or if the Oakland Raiders make the playoffs.

CentriQ is even working with major paint manufacturers to compile a decade’s worth of paint color codes.

I recently reviewed a product in this column developed by a young woman who represents millennials better than the Grand Canyon does holes in the ground.

Her comment to me about why she isn’t living in a single-family home was centered on “the idea of commitment” to homeownership.

I get it. It’s all the little stuff we’re not told about when we enter into mortgage agreements. “Wait, I have to maintain a chimney? My broom handle isn’t that long.”

CentriQ is the app for that.

It doesn’t remind or nag; it explains. And it does it with the same sort of “sharing” mentality that millennials use for everything from rides home to career choices.

Developers behind CentriQ realize that so many of us have had the same issues. The Internet isn’t omnipotent because of its reach, it’s because we humans so often make the same mistakes and ask the same questions.

There are a number of worthwhile usability features in CentriQ, but I think the larger concept is what agents should think about.

The app is not yet available in the iTunes store. I was told it would be just a couple of weeks.

The Android version is underway.

CentriQ will launch in Northern California’s Marin County (shocker), then the greater San Francisco Bay Area before Chicago and Dallas.

What do you think? Leave a comment and let us know! 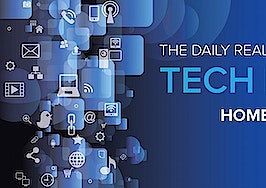 HomeZada is a powerful tool for homeowners -- and may help agents, too 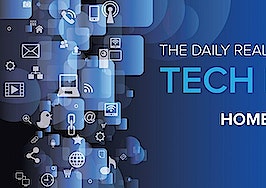 HomeKeepr keeps agents in touch with clients after the close. But for how long? 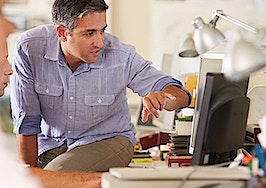 Smart Property Systems releases new software with added features, usability
Back to top
Only 3 days left to register for Inman Connect Las Vegas before prices go up! Don't miss the premier event for real estate pros.Register Now ×
Limited Time Offer: Get 1 year of Inman Select for $199SUBSCRIBE×
Inmanpot
Log in
If you created your account with Google or Facebook
Don't have an account?
Create an Account
Forgot your password?
No Problem