The forensic inquiry order comes after what Move called a “smoking gun discovery” that Zillow has copies of “highly confidential” Move databases.

Move attorneys also allegedly uncovered emails and text messages sent between Zillow industry development execs Errol Samuelson and Curt Beardsley while they were still employees of Move Inc. in which they referred to themselves as “Thelma and Louise” and speculated their industry peers would consider them “Vichy French” after they joined Zillow.

The investigation is the latest episode in a multimillion-dollar legal conflict in which realtor.com operator Move Inc. and rival Zillow accuse each other of violating trade secrets laws, among other claims.

‘These were not mistakes by otherwise well-intentioned departing employees’ 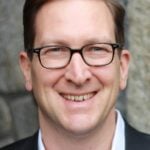 The electronic messages indicate Samuelson and Beardsley planned their departures from Move well in advance of March 2014 with the intent of delivering to Zillow information about Move and NAR’s confidential business strategies, proprietary databases, product information, and secrets regarding potential corporate transactions, including an intended merger with Trulia, an attorney for Move alleges in a legal filing recently made public.

In return, Zillow awarded Samuelson and Beardsley compensation packages worth millions, as well as a promise to indemnify Samuelson in case he was accused of misappropriating trade secrets, the attorney, Richard Stone of Jenner & Block, wrote.

“These were not mistakes by otherwise well-intentioned departing employees who took a few items as they left for a new job,” Stone wrote.

“These were sophisticated, well-planned schemes executed over nearly a half year with severe financial consequences.

“The defendants communicated about the importance of not creating evidence, destroyed evidence, lied repeatedly to those who trusted them, and created indemnities for the expected litigation because they knew the potential consequences of their actions.”

Zillow Group spokeswoman Amanda Woolley, speaking on behalf of Zillow and its employees, told Inman, “We believe Move’s claims are entirely without merit and we intend to vigorously defend against the allegations. We won’t comment further beyond what’s stated in the court filings as this remains open and ongoing litigation.”

Samuelson and Beardsley wrote a plan to “attack” Move’s and NAR’s businesses while still working at Move in late 2013, Stone wrote.

He quoted a message Samuelson allegedly sent to Beardsley in November 2013: “It ‘probably is best not to send emails (or even text messages) on this topic since someone could, in hindsight, try to dig up (or subpoena) the emails (or text messages which apparently are archived on my iMac) and make the case that we were not working in the company’s best interests.'”

Stone continued: “Mr. Samuelson and Mr. Beardsley found humor in their misdeeds, referring to themselves as Thelma & Louise (criminals on the run) and, in a more disturbing email, expressing concern that without a good cover story they would be viewed as ‘Vichy French’ (traitors) by those in the real estate industry.”

In a separate filing, another attorney for Move alleges a series of emails show that when Samuelson was supposed to be negotiating Move’s merger with Trulia, Zillow CEO Spencer Rascoff was asking Samuelson for strategic advice, saying “I’m in a board meeting; I need you to help me make a decision.”

Stone alleged Samuelson and Beardsley had “erased large swaths of electronic evidence across multiple Move devices” and had a to-do list with a “wipe computers” entry.

According to Move, Samuelson and Beardsley used a “self-described ‘burner phone'” and several cloud accounts to communicate in secret and transfer hundreds of proprietary Move documents off company servers to be accessed later from Zillow.

The court has ordered Samuelson, Beardsley, and Will Hebard, Zillow’s manager of listing quality data, to turn over their Zillow computers for scrutiny by a neutral forensic expert.

The inquiry also includes USB devices, cloud accounts such as Dropbox and Google Drive, and personal tablets and devices used by Samuelson and Beardsley. 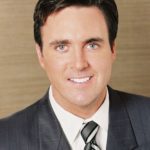 All three employees were named in a letter sent to Move attorneys by former Zillow employee Chris Crocker in which he alleged Zillow illegally uses the realtor.com website to benchmark its listing count and scrapes customer lists from realtor.com.

He also alleged Beardsley has copies of Move’s private MLS contact database, listing count database and other databases stolen from Move and uses a Google Docs account to keep them off of his work computer.

Crocker alleged Zillow is building a product to compete with Move listing syndicator ListHub. According to Zillow, the product has yet to be announced, but one of the code names in the Crocker letter (“squall” or “storm”) refers to this project.

In another filing, attorneys for Zillow said, “Zillow does not use realtor.com to benchmark its listing counts” and denied the company scrapes customer lists from realtor.com.

But they did say that in 2013, Zillow “retrieved” agent information that was publicly available on the realtor.com website.

“Zillow attempted to do so again in 2014, but was unsuccessful. This information was neither a customer list, nor stolen information,” Zillow’s attorneys said.

They also acknowledged that Beardsley had “accessed the publicly available realtor.com website and used the FIND search engine for the purpose of referencing certain MLS listing counts.”

Move’s FIND tool is not publicly available. Zillow’s attorneys say Beardsley’s access to the tool was provided “by an MLS, on whose board Mr. Beardsley served, and from an MLS for which Zillow had been provided login credentials.

“There is nothing confidential about MLS listing counts,” Zillow’s attorneys said.

In the course of discovery in the case, Beardsley’s attorney turned over a database containing Move’s private data relating to MLSs and listing counts, Move’s attorneys allege.

The metadata from the database confirmed it was created and maintained by Move but was accessed by a user identified as “Curt” before and after the date Beardsley joined Zillow in March 2014, NAR said in a RealtorMag post.

Zillow’s attorneys denied Beardsley has stolen databases or other information from Move. They said any documents from his employment at Move found in his email or cloud accounts are there “inadvertently.”

“[T]hey are documents that Mr. Beardsley missed when he deleted Move documents upon his resignation from the company,” Zillow’s attorneys said.

“[T]o the best of his memory Mr. Beardsley has not accessed these documents (which he did not even know were there until they were searched for in response to Plaintiffs’ requests for production and subpoena in this matter) since his departure from Move.” 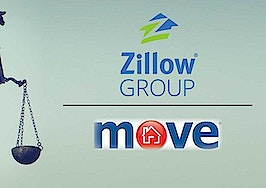 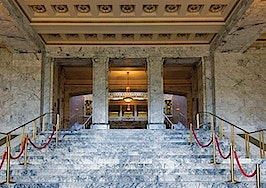 Upstream denies Zillow suggestion it's building a national MLS
Back to top
Only 3 days left to register for Inman Connect Las Vegas before prices go up! Don't miss the premier event for real estate pros.Register Now ×
Limited Time Offer: Get 1 year of Inman Select for $199SUBSCRIBE×
Inmanpot
Log in
If you created your account with Google or Facebook
Don't have an account?
Create an Account
Forgot your password?
No Problem