Updated 4/2/15: On Monday, we published a story detailing allegations by Move Inc. that one of its key former employees, Errol Samuelson, had tipped Zillow off to confidential information that allowed Zillow to acquire Trulia and therefore obtain an unfair competitive advantage. The details of that “confidential information” had been redacted from the court filing.

Now, another filing indicates that that information was that Trulia and Move were, in fact, considering merging and had taken steps to do so before Zillow beat Move to the punch and announced its own acquisition of Trulia.

The court has subpoenaed Trulia to provide “documents, including communications between Zillow and Trulia, sufficient to show the date on which Zillow and Trulia began discussing their pending merger and all documents relating in any way to the premise that Zillow should acquire Trulia as a defensive measure against a potential transaction involving Move and Trulia.”

Move and Zillow Group declined to comment. But at a startup event in Seattle on Tuesday, Zillow Group CEO Spencer Rascoff said Move’s allegations were hogwash and that Zillow had attempted to acquire Trulia multiple times in the past, GeekWire reported.

“Their latest allegation in this lawsuit is that Errol gave us the idea to buy Trulia,” Rascoff said.

“I already described at the beginning of our talk the rather obvious idea to acquire Trulia occurred nine years ago, and it’s obvious to anyone that has been paying any attention that Zillow and Trulia might tie up at some point. I can’t comment on that specific allegation any further.”

See below for our original coverage.

Move would not say whether that “confidential information” was that Trulia was in talks to acquire Move before Zillow announced its own deal with Trulia. “We don’t have any information to share on this,” Move spokeswoman Lexie Puckett told Inman.

The court filing, Move’s second amended complaint, has been partially redacted, so the information allegedly divulged by the employee — former Move Chief Strategy Officer and realtor.com President Errol Samuelson — has been blacked out.

The allegations up the stakes in a high-profile legal dispute between Move and Zillow over Samuelson’s defection to Zillow a year ago.

In addition to monetary damages and a court order that would permanently prevent further breaches of confidentiality, Move is asking the court “to eliminate the commercial advantage” that Samuelson and Zillow “would otherwise derive from their unlawful conduct.”

The potential consequences of this request are unclear. When asked to elaborate on how exactly the court could eliminate that commercial advantage, Puckett said, “We can’t speculate on how the judge will rule.”

In the complaint, Move’s attorney’s said, “It would be inequitable for Zillow to retain the benefits gained from its merger with Trulia given that Zillow executed this merger using confidential information that it knowingly procured by inducing and/or aiding and abetting Mr. Samuelson’s breach of contract and breach of fiduciary duty.”

Zillow also would not say whether Samuelson was at Move when Move and Trulia were in talks to consolidate.

In a statement, Zillow said, “We believe Move’s claims are entirely without merit and we intend to vigorously defend against the allegations set forth in their complaint. Beyond that, we cannot comment given the pending litigation.”

Move and the National Association of Realtors filed a suit against Zillow and Samuelson a year ago, alleging breach of contract, breach of fiduciary duty and misappropriation of trade secrets.

Move and NAR amended their complaint on March 20 to add former Move exec Curt Beardsley as a defendant in the suit. The complaint includes several additional claims, including alleging “unjust enrichment” against Zillow.

Move alleges that Zillow offered Samuelson and Beardsley “above-market” compensation packages “with a mutual understanding that Mr. Samuelson and Mr. Beardsley would convey confidential information about Move in return.”

Samuelson is now Zillow’s second-highest-paid employee, according to the complaint.

Zillow announced it would acquire Trulia on July 28, 2014. At the time, Zillow said acquisition talks had been underway for six weeks.

“Zillow used this information to acquire Trulia. By consummating this merger Zillow realized a competitive advantage in the online real estate data market given that this merger represented the consolidation of the two leading players in this market,” Move’s attorneys said.

At the time of the acquisition’s announcement, Zillow predicted that the cost “avoidances” gained by combining the two companies would be $100 million in 2016.

Samuelson announced he was going to work for Zillow on March 5, 2014. Zillow hired Beardsley two weeks later. The complaint alleges Beardsley stayed at Move “with Zillow’s knowledge and encouragement” in order to continue gathering sensitive information about Move and NAR.

According to the complaint, before leaving Move, Beardsley met with multiple MLSs to discuss Move’s future relationships with them, including the status of their agreements for data feeds. Beardsley also allegedly met with NAR representatives after Samuelson left and assured them that he was not defecting to Zillow before they filled him in on what he would need to know as Samuelson’s successor.

“Mr. Beardsley made these misrepresentations in order to induce Move and NAR to divulge further confidential business strategies that Mr. Beardsley could then convey to Zillow,” the complaint said.

Last month, the court ordered an investigation into whether Zillow and Samuelson should be held in contempt for violating a preliminary injunction granted against them in this case last summer.

On Friday, both sides reached a confidential settlement in which Move and NAR agreed to withdraw their request that the defendants be held in contempt and agreed to no longer seek relief for any claimed violations of the injunction.

This does not affect any of the other claims in the case. In a statement, Move said, “[N]ow it’s full-steam ahead with the prosecution of this litigation.” 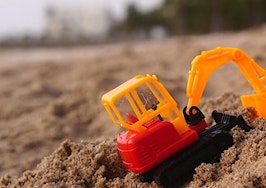 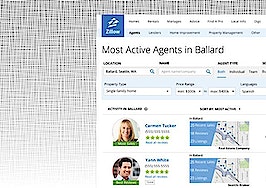 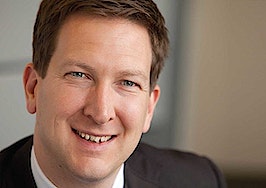 In exclusive interview, former realtor.com exec Errol Samuelson on the view from Zillow
Back to top
Only 3 days left to register for Inman Connect Las Vegas before prices go up! Don't miss the premier event for real estate pros.Register Now ×
Limited Time Offer: Get 1 year of Inman Select for $199SUBSCRIBE×
Inmanpot
Log in
If you created your account with Google or Facebook
Don't have an account?
Create an Account
Forgot your password?
No Problem