by Sam Van Horebeek
Share this article
You successfully shared the article.
Close

In the past 12 months, international buyers spent $104 billion on U.S. real estate, and that number is growing quickly.

Even more importantly, international buyers are typically buying a higher-priced house than Americans do — on average foreigners buy a $500,000 house while Americans on average buy a $256,000 house.

This spending power makes the international buyers a sought-after segment that many U.S. agents are trying to tap into.

Agents are experts in their local community, and they have access to a significant amount of local connections and resources.

However, few agents have sufficient understanding of international markets for the simple reason that they might have never been there, or if they have traveled there, they don’t have the relationships or connections in that country.

Furthermore, traveling to another country on the other side of the world takes a lot of time and is expensive. While anyone could spend the time and money to build connections with prospective clients and partners in another country, few are willing to fly 12 to 16 hours and pay for international flight tickets and hotels.

As a result, partnering up with a firm located in the country that you are interested in is probably one of the most effective ways to attract international clients.

Partnering with foreign firms is one of the most effective ways to get international clients.

In most cases, foreigners buy U.S. houses the same way as Americans would buy a house. They would like to discuss the listings with a real estate agent who can provide the right information on those listings, give feedback about the local community and negotiate the best deal. So basically, an overseas buyer is looking for an agent whom he or she can trust.

Some overseas firms have established bonds with their clients over many years, and they are in a good position to refer these clients to you.

For example, private bankers in China are dealing with wealthy Chinese every day, and they are their trusted advisers. It could be a good idea to connect with these private bankers and other similar firms.

Their clients will be open to working with you because of the referral of a trusted adviser based in their country. Here’s an example of a successful overseas partnership that resulted in a closed deal.

2. Learn about the culture and habits of foreign buyers

International buyers have their own habits in dealing with real estate agents. For example, it’s no secret that many overseas Chinese who are looking to buy a house in the U.S. work with different U.S. agents simultaneously until the moment that they sign a purchase agreement.

They do this for the simple reason that they don’t trust just anyone. They don’t even trust the real estate agents in China, so it is hard for them to trust an overseas agent they’ve never met.

They don’t even trust agents in China, so it’s hard for them to trust an agent they’ve never met.

As a U.S. agent, you need to be aware of this, and you need to act accordingly to gain more respect than any other agent. It would be beneficial to learn about those foreign cultures and languages.

For example, you could enroll in a class organized by a local center or take some targeted online classes or webcasts that focus on real estate behaviors.

3. Be proactive during a visit of a foreign buyer

Assuming that you have been able to obtain a referral from an overseas firm and built a relationship with a foreign buyer before his or her visit to the U.S., you will need to continue enhancing this relationship during their house hunting tour.

To do so, acquire knowledge proactively. For example, one of the top reasons the Chinese are buying U.S. homes is because of their desire to send their child to one of the best schools in the U.S.

Approximately 300,000 Chinese come to the U.S. to study every year, and that number has been growing at more than 15 percent per annum over past few years.

In the case of undergraduate or graduate students, parents often buy a place (condo apartment, most likely) in short distance to the campus.

However, we also see parents looking to send their child to middle school or high school in the U.S. In those cases, parents will put the child in boarding school and look for a house (usually single-family house) for their own use.

They will visit the U.S. three or four times a year when they visit their child (during the holidays) and stay in the house.

During the rest of the year, the house will likely be empty as few of these parents like to rent out their place. Furthermore, these Chinese parents tend to focus on newer homes and condo apartments (or recently renovated buildings) so keeping a finger on the pulse of new developments is crucial for any agent.

As such, proactively understanding where these schools and colleges are in your community, how to commute to campus, the application process and the requirements for each school as well as the details will give the agent a heads-up during their visit to the U.S.

The good news is that the return for an agent can be good (and fast). Many of these Chinese parents visit the city shortly after receiving acceptance letters from the schools for about a week.

During that one week, they’ll view houses non-stop and most often make offers by the end of that week (often cash offers). Agents need to prepare thoroughly for that week with scheduling appointments, reviewing previous transactions in newer buildings and, of course, understanding the commute to the schools.

For that week, they’ll view houses non-stop — and most often make offers by the end.

International buyers are likely to continue to spend more on U.S. housing for many years to come but the process of closing a deal with a foreign buyer can be long and tedious.

Working with a trusted partner who’s based overseas, building a relationship from the first interaction and acting proactively during their visit will increase your chances of closing a deal. 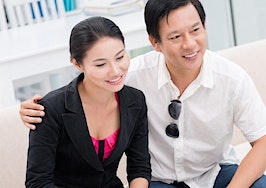 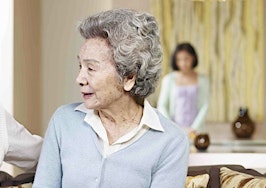 3 steps to working with Chinese homebuyers 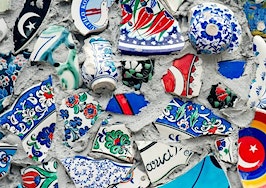 What does Chinese stock market crash mean for US real estate market?
Back to top
Only 3 days left to register for Inman Connect Las Vegas before prices go up! Don't miss the premier event for real estate pros.Register Now ×
Limited Time Offer: Get 1 year of Inman Select for $199SUBSCRIBE×
Inmanpot
Log in
If you created your account with Google or Facebook
Don't have an account?
Create an Account
Forgot your password?
No Problem