Last week, I described the Fed divided into three groups: hawks, doves and undecided. After today’s employment report the Fed is a united hawk-nest, and outside the Fed, anxiety-ridden birds have begun to pluck out their own feathers. Like me. The only anxiety refuge from today’s report of October payrolls: dim hope that it’s an outlier.

After today’s employment report, the Fed is a united hawk-nest, and outside the Fed, anxiety-ridden birds have begun to pluck out their own feathers.

Like me. The only anxiety refuge from today’s report of October payrolls: dim hope that it’s an outlier. Nearly double the job and hourly-wage forecasts, dim indeed. The Fed will bump the cost of money by 0.25 percent soon — whether in December or in winter is immaterial. From that baked cake forward…it’s always a bad idea to predict things.

The useful approach is to bracket future probabilities, assessing a range of outcomes.

The useful approach is to bracket future probabilities, assessing a range of outcomes.

Sometimes the forward range is a narrow cone, as it has been for several years. If economic conditions hold the Fed’s overnight cost of money at zero, then longer-term rates stay anchored. Beginning now the future is as wide a cone as you’ll ever see, but we can still identify the determining elements and estimate the edges of the cone.

Above all, and lost to the media: the Fed judges the economy as it has been in the last two years as growing too fast. 2 percent GDP growth, 100,000 jobs monthly and nominal wages (before inflation) at 4 percent are the outer edges of upside. The economy is either going to slow or the Fed will see to it.

Then, the timing of liftoff from 0 percent has never been crucial, especially to long-term rates. This is: the future slope of hikes. Long-term investors must think long-term (duh) and begin to handicap the Fed’s future pace. From the 1950s to 1990s, the Fed’s initial move brought an explosion in long-term rates as the bond market began to calculate the height of the end of the cycle. And as charts below show clearly and painfully, once the Fed starts, it does not stop until recession.

Those two pieces — speed limit and bond market anticipation — are the only two parts of Fed action that we can count on. The rest are as unknown as unknown gets.

The most important term going forward: the “yield curve,” the graphic picture of the Fed’s shortest-term cost of money relative to longer rates, including mortgages. The better the economy, the farther up long rates will front-run the Fed, the curve “steepening.” The slower, the tighter the spread, the curve “flat.” I am surprised today that payroll damage is not worse, mortgages holding just above 4.00 percent.

Rate hikes slow the economy by constraining credit. The only credit bubbles in this economy are autos and student loans. Housing is doing better, but the upper limit for mortgage rates, the damage zone, can’t be much above 5 percent unless the economy gets a lot hotter. The most powerful curve-steepening force always is belief that the Fed is late to tighten, or too slowly. Only extremists see that as a threat now.

A head-banging devolution from Greenspan’s Conundrum: If long rates fail to rise as the Fed raises short-term rates, the Fed will tighten faster. Pick your emoticon.

Forces outside the U.S. are more powerful than any time in Fed history, and more unknown. Aside from economic fairy tales told by Chinese authorities, the greatest external uncertainty is the probability of success of stimulus by other central banks. The three majors — European Central Bank, Bank of Japan, People’s BOC — are engaged in action somewhere between emergency and hysterical. If you’re the Fed, how can you not believe in success from the QE and negative rates of the others, your colleagues in arms?

That last Fed assumption is the biggest cone-widener of all. If the rest of the world revives suddenly, the Fed will indeed be late and long rates will rise briskly. But Fed hikes can just as easily intensify trouble overseas and deflation force here.

Oh. One other thing. The Fed ignores elections, except to be silent in the months before. If candidates discover that the Fed thinks the economy is growing too fast and intends to slow it, Janet Yellen will wish she’d picked another line of work. 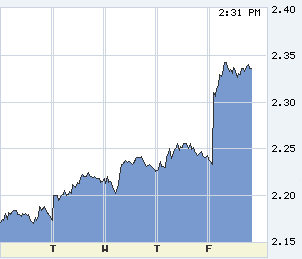 Ten-year T-note this week. Cause and effect clear, but could have been much worse. 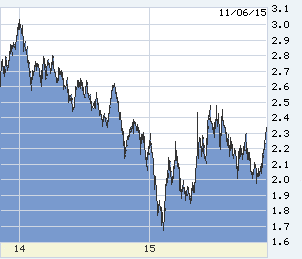 Ten-year T-note, two years back. More strong reports like today’s, and 10s will boom through support at 2.40 percent, then nothing on the chart to stop a move toward 3.00 percent. Only slow economic numbers will prevent a mortgage rise above 4.50 percent in the next few months. 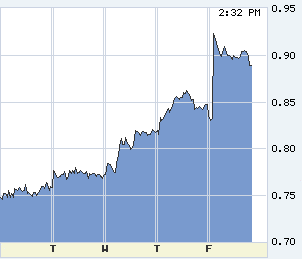 The Fed-sensitive two-year T-note traders got the message this week. 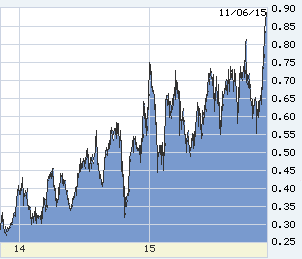 The two-year note two years back, now out the top, beginning to build in the next hike, and the next… 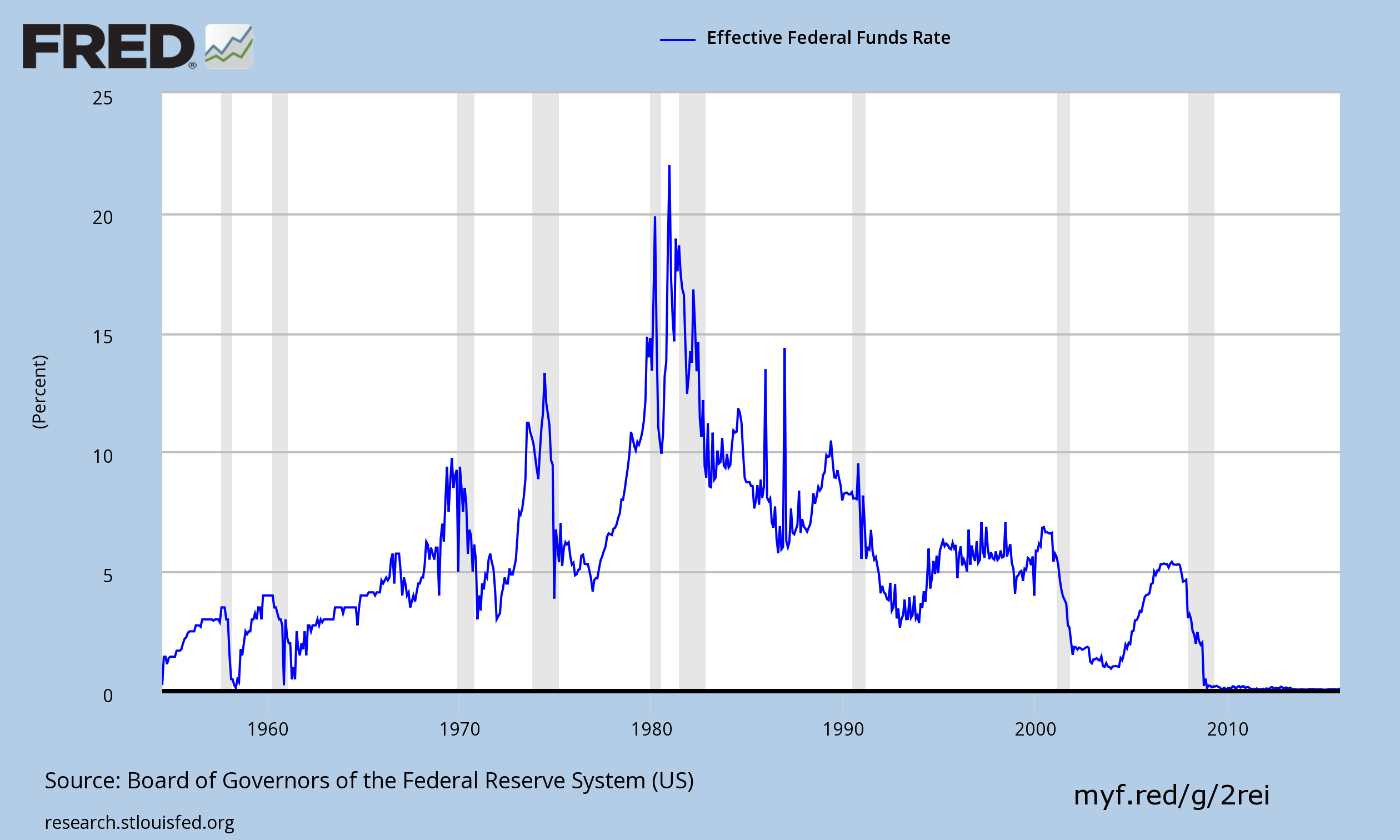 The Fed funds rate versus recessions. Note pattern described above: when the Fed starts, it does not stop until recession, and the abrupt change in cycle-shape after 2000. 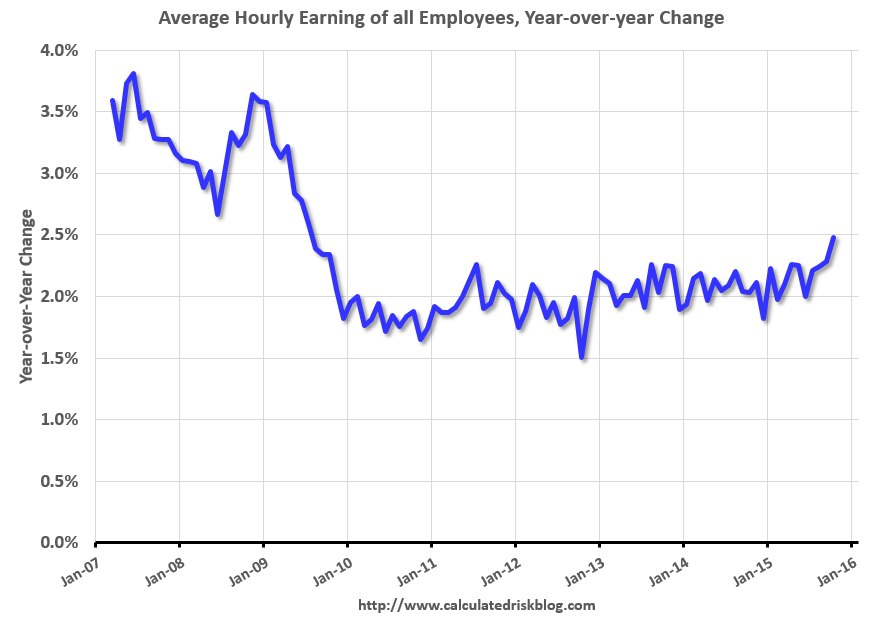 The jump in hourly earnings is most disconcerting. 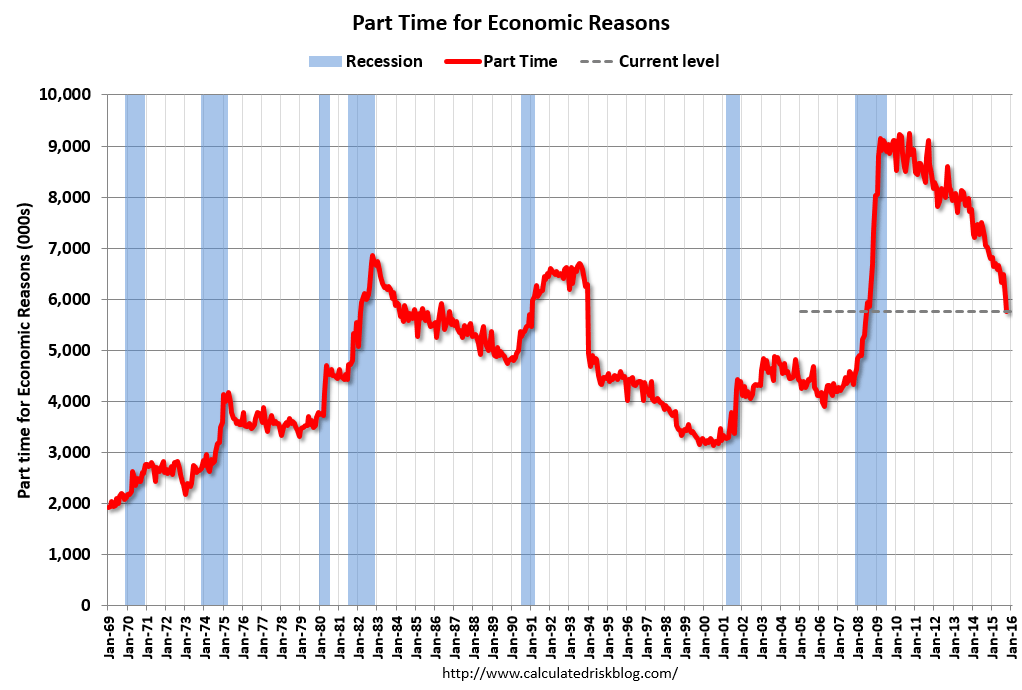 Note suddenly very rapid improvement in the employment category, which had most held the Fed back from liftoff. 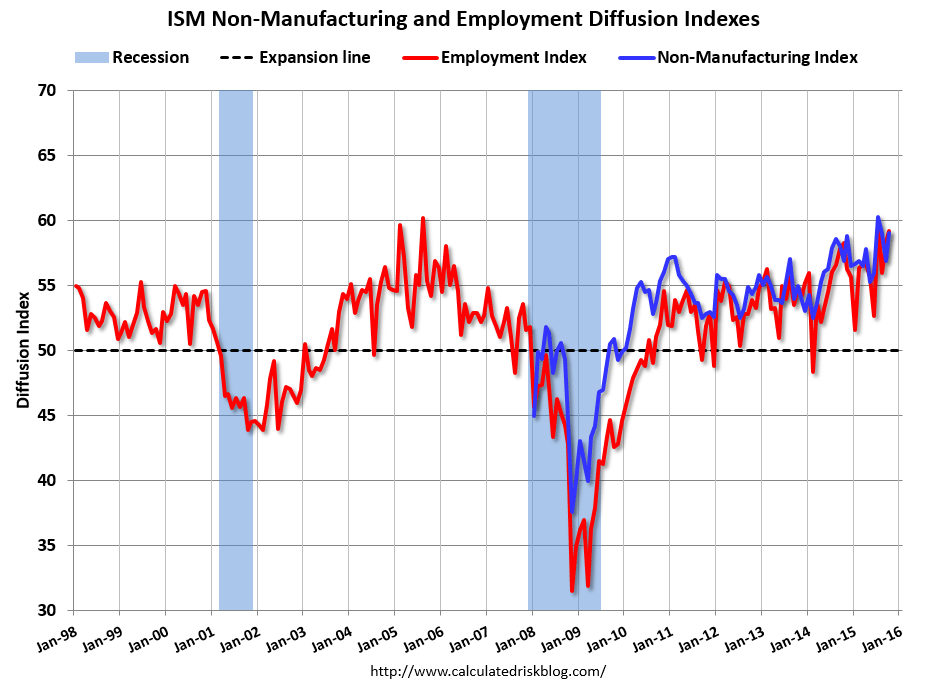 The ISM reports are good proxies for the overall economy. The service sector has clearly accelerated. Manufacturing (not shown) has nearly stalled, but the service sector is at least four times as large.

The manufacturing PMI. All responsible accounts from China say that its growth is actually about 3 percent, less than half official figures. 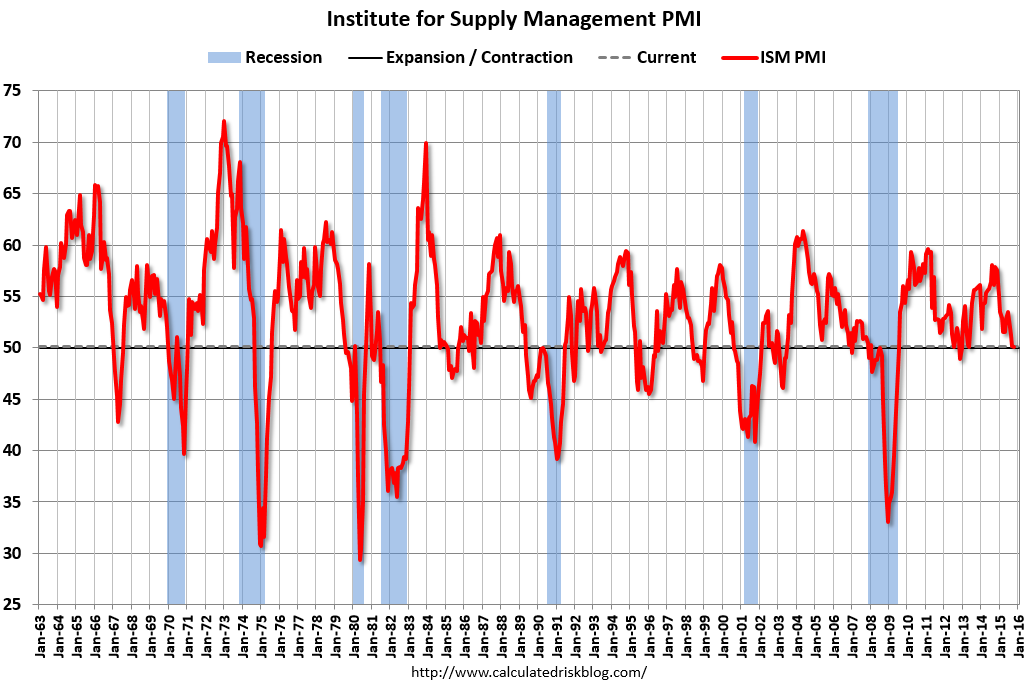 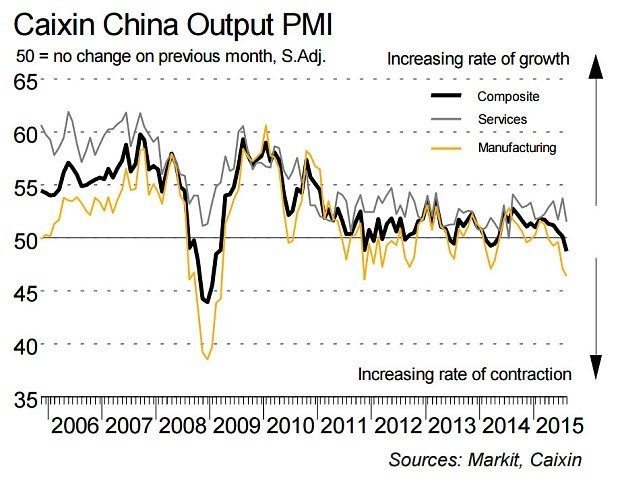 If the economy continues at its current pace, the risks of tightening far outweigh the risks of not
Back to top
TODAY: Watch the new Connect Now sessions and network to stay ahead.GET ACCESS×
Limited Time Offer: Get 1 year of Inman Select for $199SUBSCRIBE×
Inmanpot
Log in
If you created your account with Google or Facebook
Don't have an account?
Create an Account
Forgot your password?
No Problem