by Jay O'Brien
Share this article
You successfully shared the article.
Close

We’re living in a shift. An enormous transition phase that few are recognizing the magnitude of. On one hand, we have the baby boomer generation that has performed the heavy lifting over the past several decades and paved the way for most of our industrial movements since the 1950s. Fast forward to 2015, and now we have the byproduct of the biggest population group in history yielding an even bigger pool of individuals who are finally shaping up to be strapping young men and women with a voice that’s beginning to develop.

We’re living in a shift. An enormous transition phase that few are recognizing the magnitude of. On one hand, we have the baby boomer generation that has performed the heavy lifting over the past several decades and paved the way for most of our industrial movements since the 1950s.

Fast forward to 2015, and now we have the byproduct of the biggest population group in history yielding an even bigger pool of individuals who are finally shaping up to be strapping young men and women with a voice that’s beginning to develop.

Naturally, this is causing dissonance. Since when does the seasoned executive cater to the taste of the young entry level employee? Well — now.

In 2013, the millennial population exceeded the baby boomer headcount. This tipping point will only continue to grow and become more and more impactful as the years progress. Think about it.

In 2013, the millennial population exceeded the baby boomer headcount.

There is an enormous amount of strength in numbers. What happens when 52 million individuals do something a certain way? It becomes the norm. As one generation shrinks and the next one grows the practices change.

For example, do you see start-up founders in Silicon Valley wearing suits to work? I didn’t think so. What’s the reason for this? Simply put, they don’t want to.

Growing up as a child in the ’80s or ’90s, millennials most likely witnessed their father in his white, pressed dress shirt leaving for work early in the morning — briefcase and coffee in-hand.

He went to meetings. He met with clients. He contributed to his retirement account. He got two weeks of paid vacation each year. He left the office at 5 p.m. He tried to be home for dinner. He worked hard — then harder.

Hopefully, he earned a string of promotions until eventually the rungs ran out and it was time to depart from the corporate ladder, retire and collect a pension somewhere in the desert.

An easy, normal and understood routine in the workplace until one day a major movement reared its ugly head from the depths of the binary underground and refused to leave: the Internet.

The advent of the Internet

I can recall being a kid and going online for the first time. It was recreational. One was able to connect with people abroad with a few clicks and strokes on a keyboard.

As things progressed, there was hearsay about the possibility of researching and sharing information over the Web and even expanding into the commerce world via ones and zeroes.

Giving a credit card number over the Internet seemed unfathomable. Although we saw major waves being made with the advancement of online shopping (eBay, Amazon, CDNOW, etc.), the tide grew much stronger when players such as MySpace, YouTube (and later) Facebook hit the scene nearing the tail end of decade.

In fact, the abundance of public sharing birthed one of the biggest uproars — that later became one of the biggest tipping points — between one of the largest and most reputable brands in computer software and an open source contribution website with content solely derived from your average Joe’s input.

In the past 10 years, there have been several other behemoth online brands that have followed, being created by the child of a baby boomer; WordPress, Twitter, Uber, Instagram — to name a few.

See, the kids that were once disregarded as the spoiled brats who want everything now, are blossoming into their roles as some of the most influential minds in society.

As a baby boomer still in business, what does this mean? Do you keep your status quo and continue to claim you’re old-school? Do you put one foot in and keep one foot out? Or even worse, do you dive into the realm of the millennial generation without the tools and education you need? This, is perhaps what we see most often.

You wouldn’t advise someone to learn the basics of the Japanese language and start speaking it in China, Korea, Vietnam and Thailand.

In fact, you probably would suggest learning more than just the language before visiting. What are the dialects? What is appropriate body language? What is customary in the culture?

All crucial characteristics to understand before expecting to communicate fluently with a particular group. Welcome to the parallels of social media.

We see the generation who created us attempting to get on board with driving business through technology, but they forgot to learn the language and understand the culture. Not only are the wrong words being said, but also they’re being said at the wrong times and in the wrong ways.

Baby boomers have become so well-rehearsed in the push marketing practices over the years and have even seen success with positive reinforcement regarding such efforts, that changing gears is a difficult concept to understand, let alone acclimate to.

Pushing out to your target market was all we used to know before the Internet. Send out direct mail, post an advertisement on a billboard, release an article in the newspaper and publish a radio commercial.

Pushing out to your target market was all we used to know before the Internet.

Push, push, push and hope that someone eats what you’re feeding them. The shift quickly reversed with the adaptation and evolution of the Internet.

Bottomless information is not only available at the click of a button, but now it’s in front of our faces every single day through the technology of our smartphone. You can continue pushing all you want, but really — the focus should be on the pull.

If we can recognize that the millennial population group is now the largest ever in history, and they are bred with a desire to want it now, we can only assume to connect the dots and realize these new influencers are going to be grabbing what they want — not looking for someone to show them.

This is where your business mentality changes. Rather than using resources to find the consumer, how do you get the consumer to find you?

Before we can understand how to capitalize on the buying behaviors of the generation, it’s paramount to comprehend their lifestyle fully.

Begin with removing the revenue generating decisions, and get behind the idea of becoming familiar with who is quickly becoming the primary influencer socially, politically and economically: the millennial.

Become familiar with the primary influencer — the millennial.

Jay O’Brien, a Realtor with REMAX/Prestige. Connect with Jay on Facebook. 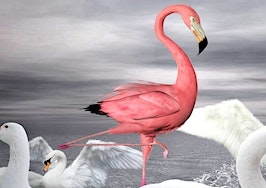 5 ways to justify your commission to clients 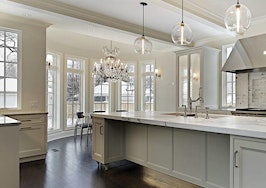 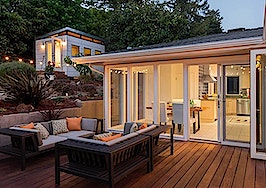 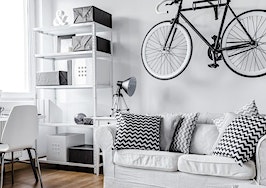 Looking to invest? Apartments are the way to go
Back to top
Only 3 days left to register for Inman Connect Las Vegas before prices go up! Don't miss the premier event for real estate pros.Register Now ×
Limited Time Offer: Get 1 year of Inman Select for $199SUBSCRIBE×
Inmanpot
Log in
If you created your account with Google or Facebook
Don't have an account?
Create an Account
Forgot your password?
No Problem