The entire financial world would prefer to remain in fetal curl until the Fed acts next Wednesday, but events intrude. Oil prices falling into the $30s presage even less inflation (Fed oblivious), and create unrest in the stock market (and producer nations).

The entire financial world would prefer to remain in fetal curl until the Fed acts next Wednesday, but events intrude. Oil prices falling into the $30s presage even less inflation (Fed oblivious), and create unrest in the stock market (and producer nations).

The big deal next Wednesday: Fed hints at the future pace of tightening. Markets are priced for no more than two additional hikes in 2016, but utterly mangled Fed communication suggests four hikes next year, and the year after that, and after that, to be intercepted only by economic swoon.

The big deal next Wednesday: Fed hints at the future pace of tightening.

Every 90 days the Fed publishes Z-1, an accounting of the flows and landing places of every dollar in the US financial system. The primary reason the Fed raises the cost of money: to brake the economy by slowing the creation of credit.

FLASH! In this recovery (not worthy of the name), we’re not creating credit as it is. The Z-1 released this week is through the third quarter. Mortgages first. Total US residential mortgages: $9.9 trillion. For comparison, the total non-mortgage assets in all US banks combined: $11.7 trillion. Of all residential mortgages, $6.1 trillion are Fannie-Freddie-Ginnie (good luck with shutting that down, government-haters).

Since 2007, we have made a lot of new loans, but net of writedowns an overall contraction. The bulk of those writedowns were taken 2007 through 2012, new defaults near pre-bubble levels, therefore 2015 near-zero growth is…near zero.

Tidbits: securitized toxic mortgages fall into an asset-backed securities category, together with a small fraction of jumbos. In 2000, the total in the category: $385 billion. In 2007, the peak of Wall Street mortgage racketeering: $2.2 trillion. Today, back to $632 billion, still shrinking almost $100 billion per year, no new trash being created, only a little new jumbo securitization, old loans paid off as homes are sold. HELOC (home equity line of credit) balances in 2000: $407 billion. At the 2007 peak: $1.1 trillion. Now back to $644 billion and still gradually shrinking.

Consumer credit: in the aggregate $3.5 trillion. Credit card balances are the same as a year ago, not quite $900 billion, no-growth ever since the Great Recession. Only two categories are growing: auto loans, up 37 percent since 2011, still rising about $10 billion per month to $1 trillion now; and student loans, now $1.3 trillion, up 38 percent from 2011.

Cars and student loans. Nothing else. Overall growth in bank credit (Fed H.8) has slumped by two-thirds in 2015 to low single-digits.

Why is credit so thin? In part the dead foot of Dodd-Frank on the throat of finance. In the case of mortgages, hysterical over-tightening.

My old friend Greg Ip at the Wall Street Journal reported on the new “gig economy” this week, using Uber as the example. Uber has 400,000 drivers. In the study measuring the most recent week, 45 percent of drivers worked 11 percent to 50 percent fewer hours, and 31 percent worked 25 percent or more additional hours.

Post-bubble, heaven help the self-employed, to include incentive or commission or variable income. If your income drops by more than 10 percent, you’re out. If it jumps by more than 25 percent, we’ll throw out the increase unless its sustained for a year or two. But for 400,000 Uber drivers — on the math, above 71 percent can forget a mortgage.

Now to politics. Apologies! Elections rarely matter to markets, and they ignore the preliminaries altogether.

However, too many Republicans for the moment have fallen into the hysterical embrace of demagoguery, and may find new cause for pitchforks and torches when the Fed tightens into an economy which no outsider regards as happily healthy. These political fevers do come and go in the US (George Wallace, Huey Long, Father Coughlin…), but we do not need witch-hunters chasing the Fed. 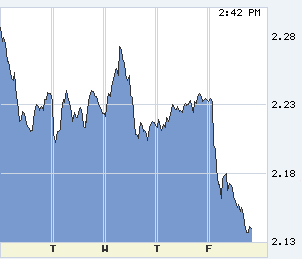 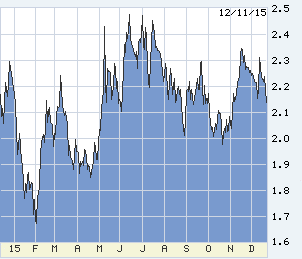 The 10-year T-note is flashing “DON’T TIGHTEN” in bright neon. When a central bank plans to raise short-term rates, and long-term ones go down…Charts are one week, the latest drop caused by oil, and one year back. 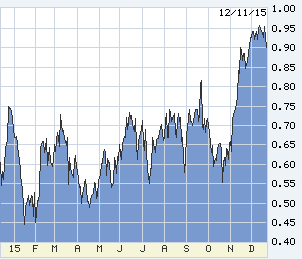 The two-year T-note says the market expects only one or two additional tightening moves after next week. 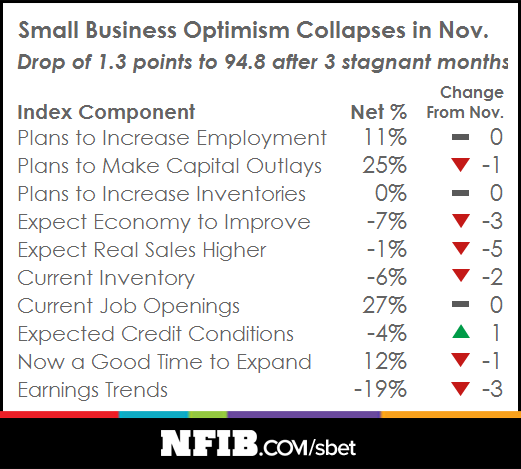 The National Federation of Independent Business overstates “collapse,” but its survey of small business has been sliding backwards all through 2015. Top slide is current month, the lower a retrospective to 1986. 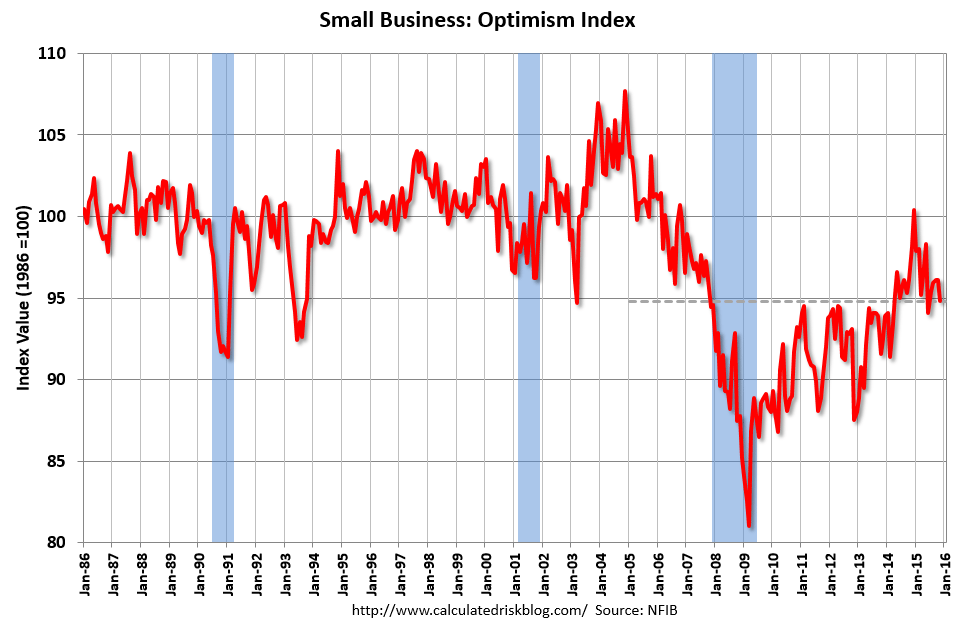 These are NFIB values, chart cribbed from excellent calculatedriskblog.com. Current reading about same as the last few recession-bottoms. 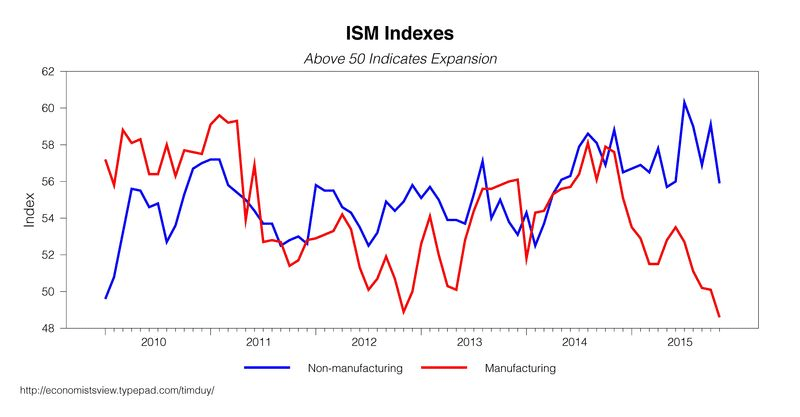 The Institute for Supply Management is the old Purchasing Managers’ Association. Many observers say that manufacturing doesn’t matter any more (not I). Main thing: see any acceleration pressure, overheating? 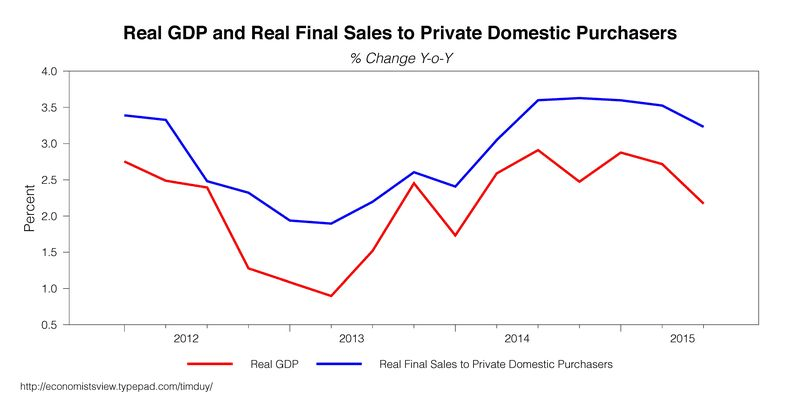 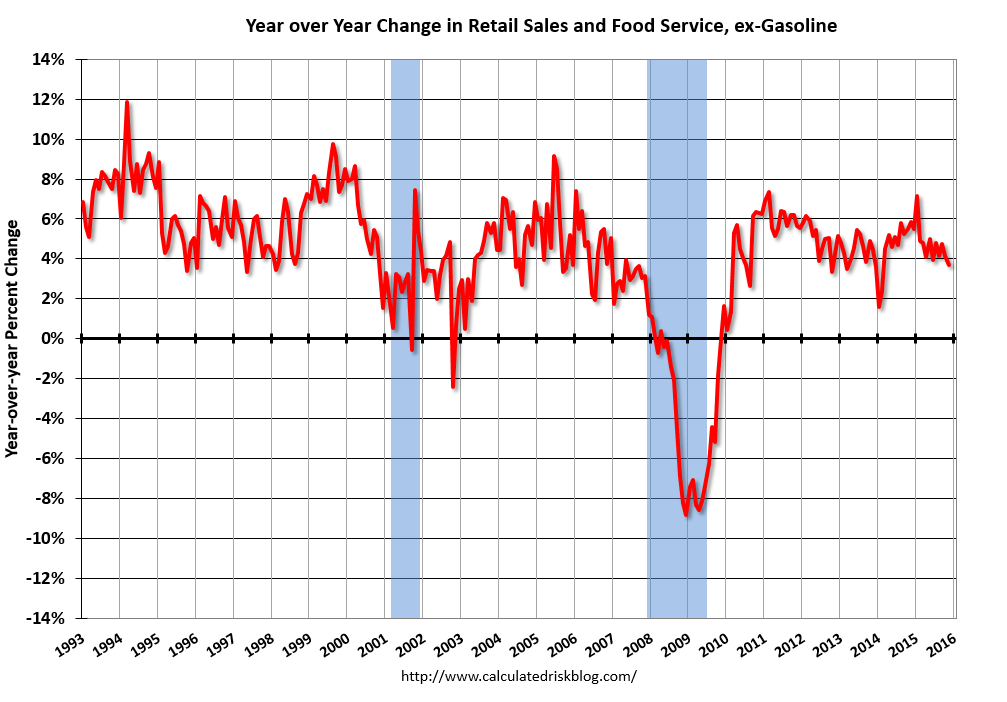 Despite all of the faith in the consumer leading the economy forward, no acceleration. 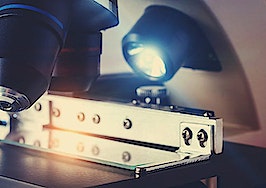 Who will be hurt when the Fed raises rates? 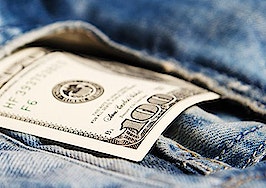 Affordability issues are local
Back to top
TOMORROW: Leaders from eXp, Corcoran, RE/MAX, The Agency, and more are speaking virtually at Connect Now. Listen or watch live + receive the replays.Register Now×
Agent Appreciation Sale: Inman Select for only $85.CLAIM OFFER×
Inmanpot
Log in
If you created your account with Google or Facebook
Don't have an account?
Create an Account
Forgot your password?
No Problem