by Sissy Lappin
Share this article
You successfully shared the article.
Close

One thing we can all be sure of: what goes up does come down. As the news reports indicate, sales in October dropped 10 percent in Houston from 2014, and there’s evidence of slowdowns in other hot markets.

One thing we can all be sure of: what goes up does come down. As the news reports indicate, sales in October dropped 10 percent in Houston from 2014, and there’s evidence of slowdowns in other hot markets.

Some say this is the typical trend in an election year or as we approach the holiday season, but when compared to the same month in 2014, we’re seeing a decline.

It’s difficult news to swallow when any market changes negatively. Sellers don’t want to admit the change, partly out of embarrassment. “I bet you wish you would have sold it last year,” their friends say.

That usually leads to frustration and blame. There’s an old saying: “Where there is pain, there is blame.” Listing agents, you’re in the line of fire for all that seller frustration.

Sellers want to believe that someone will magically come along and pay the 2014 price for their home. It’s nice being the second listing agent. Sellers seem to understand the market better with the second agent.

Sellers seem to understand the market better with the second agent.

I’m getting more and more calls from sellers who want me to be their second listing agent. With sellers, my policy is to ask them to lower their price for 30 days with their current agent before I take the listing. I hope other agents do the same.

Let’s all get real — it’s a cycle. Any time sales go down, inventory goes up, and the result is that prices come down. You don’t have to be a Harvard economist to know this.

There is another wrench in the real estate machine for which we should be prepared. I live in Houston; you know — home of the $50-a-barrel oil industry.

Those who think this won’t have an impact on real estate still believe in the tooth fairy. Take it from someone who has been through this before. From my vantage point, here’s how I expect the market to behave for a while:

1. Buyers are looking at a home at least four to six times

The era of “look once and decide” has come to a close. Buyers think they can catch the market at the bottom. Good luck with that.

2. The truth is replaced by Mad Men

The local paper will still paint a rosy picture to reel in optimistic agents and fill their advertising pages. Your seller will remind you how the paper (via press releases from your local association) still claims the market is great.

Despite your market knowledge, your seller will remind you the paper says the market’s great.

3. Homes are in fierce competition

A house must be in pristine shape. You can’t have scuff marks on the walls, and it should be squeaky-clean, like it’s never been lived in. Buyers have lots of choices. When a market softens, buyers get tough. Paint or re-carpet? Forget about it.

Don’t expect a cover email to come with an offer telling you how much a great couple wants to raise their family in your beautiful home. The email will be intimidating and self-righteous — detailing everything that’s wrong with the house, which is the buyer agent’s attempt to beat the seller down on the listing price.

That means top-notch photos, detailed and enticing descriptions and hands-on treatment. The days of fitting a lockbox on the door and hoping it will sell are over. Go back to the basics. Call for feedback. Adjust accordingly.

Go back to the basics. Call for feedback. Adjust accordingly.

And so it goes. The slight dip in Houston makes it a great time to buy a home. New construction has come to a halt, and prices are dropping.

Homes are selling when prices abate by as little as 5 to 10 percent. People tend to nest when sales slow down. Then, as if by magic, the inventory you see today will be gone in four to six months, and it will be a seller’s market again. Smart people are buying now.

Sissy Lappin is owner of Lappin Properties and co-founder of ListingDoor; you can follow her on LinkedIn or Facebook. 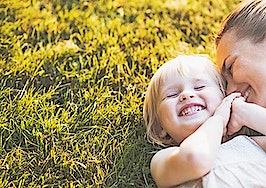 Is 'mommy MLS' the new face of real estate? 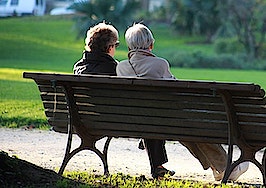 What my grandparents could teach big real estate 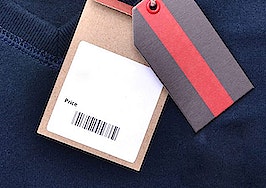 How to get your seller to price their home correctly
Back to top
Only 3 days left to register for Inman Connect Las Vegas before prices go up! Don't miss the premier event for real estate pros.Register Now ×
Limited Time Offer: Get 1 year of Inman Select for $199SUBSCRIBE×
Inmanpot
Log in
If you created your account with Google or Facebook
Don't have an account?
Create an Account
Forgot your password?
No Problem