At dawn this morning, news of December payrolls: 292,000 new jobs, half again the forecast, unemployment the same at 5 percent, and hourly earnings down (down) $0.01. Long-term rates rose at the outset, since have fallen back, mortgages about 4.00 percent.

News of December payrolls: 292,000 new jobs, half again the forecast.

Bond traders are a skeptical lot, and I don’t know anyone who believes the magnitude of this job gain. All other data from December weakened. The twin ISM (Institute for Supply Management) surveys: manufacturing is shrinking, falling steadily below “50” breakeven to 48.2; the service sector companion was forecast to rise from November’s 55.9 and instead fell to 55.3. The Atlanta Fed forecasts 4th quarter GDP growth below 1 percent annualized.

The disconnect between markets, data and the Fed has widened. Vice Chair Fischer said the market estimation of future rate hikes is “too low,” and four hikes this year are “in the ballpark.”

Other Fed speakers in the leadership group delivered hawkish squawks.

The best of these minutes is always buried in the staff portion, this time at odds with the happy-talk elsewhere: “Risks to the forecast for real GDP were tilted downside … neither monetary nor fiscal policy are well-positioned to help the economy withstand adverse shocks … risks to unemployment skewed upside.”

Untangle: The Fed is desperate to get the cost of money up toward 2 percent at minimum, justifiably worried that it can’t be caught down here when we have the inevitable rebound in energy prices. Also, with unemployment so low, it must take out some insurance.

My only criticisms: senior Fed commentary is mired in 1980s inflationary Jurassic Park; the Fed has consistently mis-estimated new-era events overseas, and refuses to discuss its error in domestic forecasting for several years running.

The bond market is holding together, Fed-disconnected for two reasons: negligible growth in US incomes, and overseas appetite for the dollar and our Treasurys.

Which leads overseas. Europe for the moment is on the sidelines, although its newest data are weak, and add Spain to the list of nations with fragmented, non-functional governments restive under the German heel.

Sometimes good information flows from things that don’t happen. Saudi Arabia and Iran are in a power struggle which one Brit described as “a couple of guys who’ve been nasty-talking across a bar for hours, but only now saying ‘Step outside.’” For all the instability such a fight might bring, oil prices continued to vibrate lower. No matter what conflict may break out in the Middle East, all of these nations are so dependent on oil sales that nobody worries about supply interruption.

The big deal is China. Before economics, note Fat Boy’s nuke. Bad guys always wait for weakness, and his timing is perfect, adding to the mountain of embarrassment at the door of the China Communist Party (CPC) and the person of Xi Jinping.

Xi took personal responsibility for economic reform while CPC enforcers screwed down discipline and censorship as not in 25 years. As the reforms have failed in one spectacular pratfall after another, CPC goons have responded by arresting senior businesspeople. The wealthy in China have reacted by trying to get their money out of the place as fast as possible, making a mockery of the $50,000 annual exit limit. Thus China is one of the very few massive net-exporters whose currency is creeping in unstoppable decline, a threat to every other economy.

The arch-political IMF is rarely so blunt toward a major power: “The global spillovers from China’s reduced rate of growth, through its diminished imports and lower demand for commodities have been much larger than we anticipated. Serious challenges to restructuring remain in terms of state-owned enterprise balance-sheet weaknesses, the financial markets, and the general flexibility and rationality of resource allocation.” 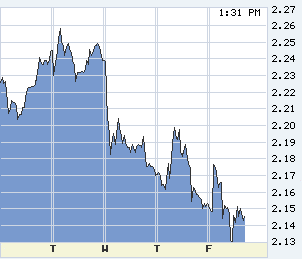 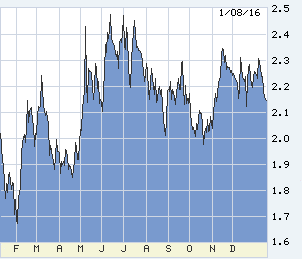 US 10-year T-note in the last year. No trend, but fighting the Fed. 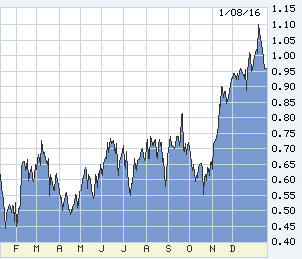 Fed-sensitive US 2-year T-note in the last year. Maybe just stubborn. Maybe too used to a 0 percent Fed. Maybe yield suppressed by foreign buying. Maybe the Fed is out of its mind. Whatever, the 2-year says the Fed has no more than two 0.25 percent hikes in 2016 from the present .50 percent, if that. 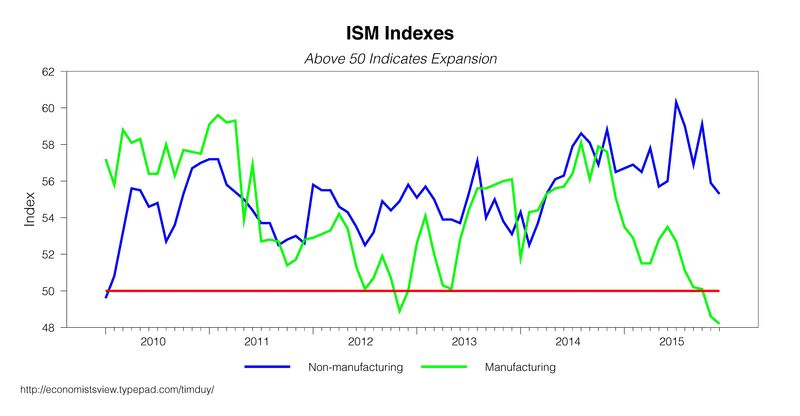 The ISMs have been reliable indicators for a long time, the manufacturing data going back to the 1970s. 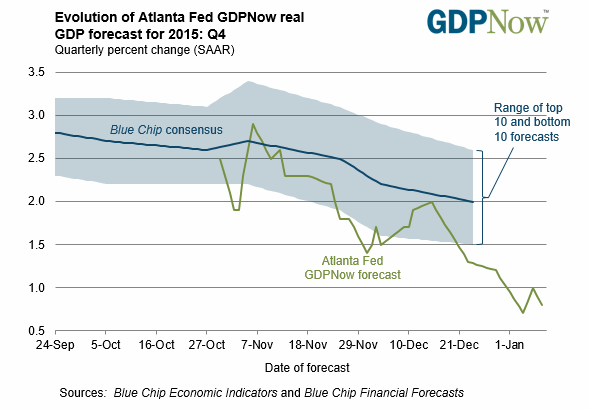 Consumer spending is probably cooking along close to 3 percent, but GDP is pulled down because we’re buying stuff made overseas. Ordinarily a cause of a weak dollar and rising rates, but the whole world is out of pattern. Today, consumer spending running double or triple GDP growth is a sign of US hollowing-out. No wonder US wages are not growing. 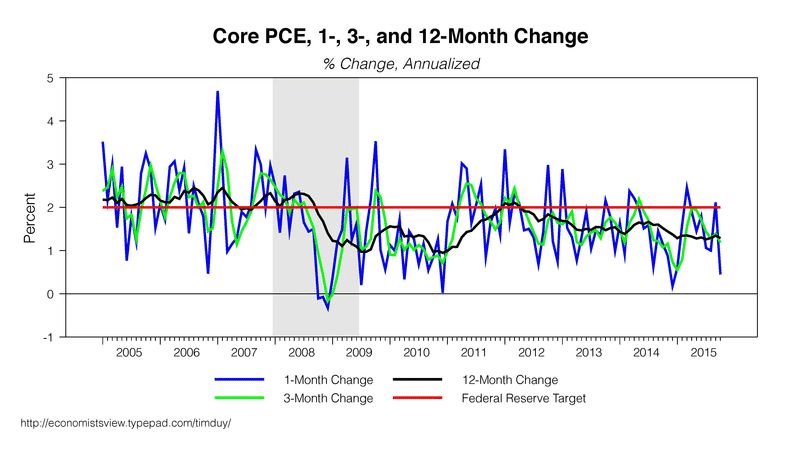 The Fed is ever-vigilant, on the lookout for inflation, and in the last eight years, ever-mistaken. 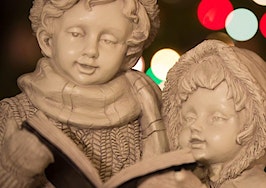 'Winter sales are down,' and it's December Fool's Day 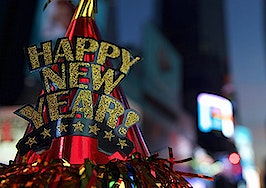 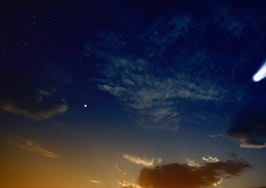 Mortgages fall close to 4.00%
Back to top
Only 3 days left to register for Inman Connect Las Vegas before prices go up! Don't miss the premier event for real estate pros.Register Now ×
Limited Time Offer: Get 1 year of Inman Select for $199SUBSCRIBE×
Inmanpot
Log in
If you created your account with Google or Facebook
Don't have an account?
Create an Account
Forgot your password?
No Problem