by Bud Clark
Share this article
You successfully shared the article.
Close

I’m thinking about the significance of 20 years: a Pont-l’Évêque cheese would be at its peak of ripe perfection; a bottle of Sandeman Tawny Port imminently drinkable; Java, not to be confused with its namesake Arabica coffee, remains today’s most popular programming language; and a pair of Chuck Taylor All Stars, well, they’d be cherished for a lifetime. So, what’s all this buzz about Inman Connect?

Well, tracking the Internet or validating Moore’s Law of doubling every two years, one could argue that Inman Connect has been and is at the nexus of real estate news, innovation and intrigue.

So here are a couple of my most memorable vignettes from those 20 years all courtesy of the wizard behind the curtain, Brad Inman.

“The secret to your success is to do what others don’t do.”

On stage, two Ph.D.s from Stanford said they had a new concept for search with the goal of indexing all the information of the world. More than a few eyes in the audience rolled as Inman asked, “So what’s the name?” Larry Page and co-founder Sergey Brin casually say “Google!” The audience erupted — “Google?” Yes, Google.

A few years later, another Stanford duo took center stage as Inman introduced the founders of hugely successful Expedia, Rich Barton and Llyod Frink, who joined Microsoft at the tender age of 14.

Inman continued to say something like: “So, mission accomplished at Expedia; you two left Microsoft and came up with Zillow, which will instantly calculate an estimated value of any property in the U.S. — so people can check their friends’ and neighbors’ home values.”

And as I recall, their response was simply, “yes.”

The auditorium responded in dismay. I guess they all got it a bit wrong. The idea originated on a flight to Hawaii with name derived from “zillions of data points and pillow.” Get it? Big data makes for peaceful sleep — very Cuil.

Zillow = zillions of data points and pillow — get it? Big data makes for peaceful sleep.

Another year, and another memorable character — very curious from the first moment on stage as he casually mentioned he had developed a free bulletin board website that anyone, even the public, could access and post advertisements.

Of course, it was Craigslist — now 20 years later in 550 cities and 70 countries worldwide. And amazingly, founder Craig Newmark’s title remains customer relations manager to this day.

But my favorite was a super geeky, seriously disheveled guy who was on stage to tell us about his backpack, but I can’t remember the backpack story. It turns out he was involved in the development of an emerging computer network that became the Internet as we know it today.

Curiously, he actually slept on the floor in the basement at UCLA next to the computer he was assigned to babysit. The computer that made up the nascent network of four computers, which became today’s massive Internet grid. Again, beyond Cuil.

“Three words of advice: don’t give up.”

But not everything went so smoothly. I vividly recall a memorable “selfie” video presentation by the puffed-up CEO of realtor.com, who was subsequently sentenced to four and a half years in prison for fraud over a “calculated deception of the public.” Oh well, yawn.

Now fast forward to ICSF 2015 for another seismic moment: when in recognition of new startup Uber, Inman foresaw the uberization of real estate: “I know what I want, I know where I want it and I know when I want it.”

“In residential real estate today, if you play defense, you are going to lose.”

Today’s buyers and sellers are mobile 24/7 with cloud access and already expect a digital business experience from their real estate agent. Yesterday is over.

From property values to lifestyle to real-time accessibility, a digital experience is crucial as customers have become more knowledgeable, more online and more mobile than ever before — often surpassing agents — and expect an Uber experience.

What, where and when. Game on, and the astute real estate agent partners with Inman at Connect.

Game on, and the astute real estate agent partners with Inman at Connect.

“The responsibility is yours, but so is the opportunity.”

Over these 20 years Inman Connect has been and continues to be at the forefront of the information technology frontier ensuring that Inmanistas stay on the bleeding edge, at the top of their game, and yes, at the vanguard of the uberization of life as we have come to know it.

“Real estate is different than it used to be, and you have to keep reinventing yourself.”

Thanks, Brad Inman, and especially to all of the Inman team throughout these past 20 years that have been amazing — simply amazing. See you in New York.

Bud Clark is executive vice president and managing broker for Willis Allen Real Estate, headquartered in La Jolla, California. You can find him on LinkedIn or follow Willis Allen on Twitter. 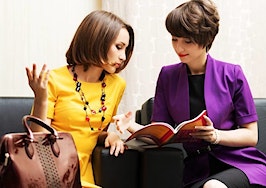 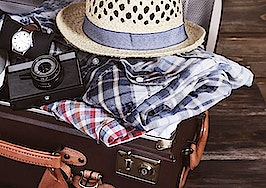 7 packing hacks for a smooth trip to New York 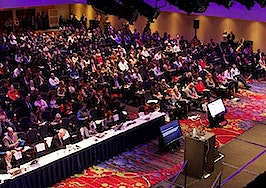 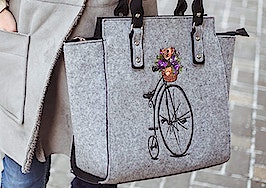 9 must-have style and tech accessories for Inman Connect New York
Back to top
Only 3 days left to register for Inman Connect Las Vegas before prices go up! Don't miss the premier event for real estate pros.Register Now ×
Limited Time Offer: Get 1 year of Inman Select for $199SUBSCRIBE×
Inmanpot
Log in
If you created your account with Google or Facebook
Don't have an account?
Create an Account
Forgot your password?
No Problem