The New York-Northern New Jersey metro, which comprises more than 18.7 million people, will experience minimal year-over-year gains in home values and rents, according to a recent Zillow rent forecast.

The New York-Northern New Jersey metro, which comprises more than 18.7 million people, will experience minimal year-over-year gains in home values and rents, according to a recent Zillow rent forecast.

However, when only looking at the New York City metro, greater gains can be expected in the single-family/condo sector, as home values should continue to peak, the report says. In the multifamily sector, current vacancy rates signal the continuation of rising rents, especially within some specific borough neighborhoods.

According to Zillow, home values in the New York-Northern New Jersey metro will increase by 1.3 percent during the next 11 months after rising by 1.8 percent from December 2014 to December 2015. Entering this year, Zillow had the metro’s median home price at $381,200.

The real estate listing site feels less confidence about the metro’s multifamily sector, with a 0.7 percent year-over-year increase in rents expected. As of December, midpoint rents in the metro sat at $2,384. This prediction of sub-one percent gains follows a 12-month period where there was a 5 percent uptick in rents.

In a separate market overview, Zillow forecasts that NYC home values will increase by 4.4 percent before 2017. Entering this year, the NYC metro’s median home value of $617,000 equated to a new peak for values. This peak was reached thanks in part to a recent 9 percent year-over-year rise in values.

The median rent list price in NYC is likely to surpass $3,000 this year, thanks in part to noticeably low vacancy rates.

NYC’s overall vacancy rate sat at 2.5 percent entering this year, according to a recent Marcus & Millichap report. Manhattan has the highest occupancy of the boroughs, with a vacancy rate of only one percent. The report points to the Upper East Side and Midtown Manhattan as the top performing neighborhoods within the borough; Brooklyn’s vacancy rate at the start of 2016 was roughly 1.8 percent, with properties along the East River performing best.

Occupancy in these markets remains high despite developers delivering 15,000 units in 2015, the highest annual completion volume of this cycle. Both of these boroughs will see a significant volume of unit deliveries from 2016 to 2018, with more than 29,000 in Brooklyn and roughly 23,5000 in Manhattan. Developers are expected to have at least 72,000 units slated for delivery within NYC during the next three years.

According to Zillow, the top NYC neighborhoods for year-over-year rent growth during 2015 were: 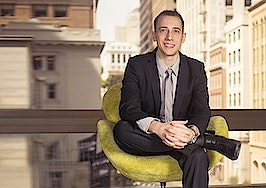 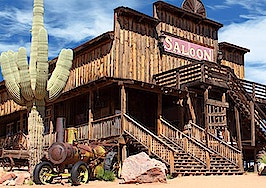 Why #ICNY is forging the information technology frontier 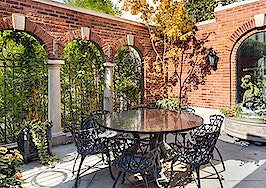 Luxury listing of the day: Stately 5-bedroom on NYC's Upper East Side
Back to top
Only 3 days left to register for Inman Connect Las Vegas before prices go up! Don't miss the premier event for real estate pros.Register Now ×
Limited Time Offer: Get 1 year of Inman Select for $199SUBSCRIBE×
Inmanpot
Log in
If you created your account with Google or Facebook
Don't have an account?
Create an Account
Forgot your password?
No Problem