by Kathy Helbig
Share this article
You successfully shared the article.
Close

Yesterday, I shared “My journey from small independent brokerage to a fledgling team.” Today I’m going to follow up with the rest of my story through present day. We left off when I was first building my team.

The value proposition for large brokers began to change. Thanks to the Internet, the independents could rise up and compete with the big brands, which no longer controlled the inventory.

Thanks to the Internet, the independents could rise up and compete with the big brands.

With the right SEO and strategies, I could rank on Google searches. For the next seven years, I grew my team and grew my business by leaps and bounds at Re/Max.

I probably did everything wrong. I made costly mistakes; it was a lot of trial and error, but I had some significant successes, too. Most importantly, I learned a lot about running a business.

I wasn’t just selling lovely houses. I was supporting employees and making marketing plans for my clients and my brand. I was learning how to leverage and budget.

In just a few short years, I went from that stay-at-home-mom looking for a little extra income as a part-time real estate, to the highest-selling Re/Max team in the Missouri region.

I went from stay-at-home-mom to the highest-selling Re/Max team in the Missouri region.

Then I began to struggle with burnout. I was always thinking that there has to be more to my business than selling houses forever. Do we work so hard for years just to burn out and walk away?

I’ve seen far too many agents do just that. So I entered the world of owning a brokerage.

Do we work so hard for years just to burn out and walk away?

I’m the big broker, so now what?

Keller Williams was newer to our area, and I was approached with a franchise opportunity. After about seven months of weighing the pros and cons, I took the leap in 2008 of opening a franchise with a handful of other investors.

Keller Williams was the first company that had shown me other roads of opportunity: ownership, coaching, teaching, models to follow for team building, etc.

@kwri was the first company that had shown me other roads of opportunity. @kathyhelbig

It seemed like the natural progression for me, a way to ensure that all my hard work, experience and brand-building wouldn’t just die the day I stop selling.

We opened our doors with 30 agents who we had recruited as our core group, and in less than six years, we grew it to 250 licensed agents at our market center, ranking No. 1 in our MLS.

There were lots of trials and tribulations during those years, and it was not an easy road. Looking back, there are many things I would have done differently, but I can say I learned a ton, and I’m a better business person for it.

I still actively sold and managed my sales team while navigating this new world. We had up and down years throughout the course of trying to manage it all.

I flirted with the idea of coaching and opening more market centers but ultimately decided to concentrate on continuing to grow my brand and making my team the best it could be. Honestly, I had let it go on autopilot.

We opened our doors with 30 agents and we grew it to 250. @kathyhelbig

Sadly, with issues arising from the new ownership role and duties, my focus on sales and the team had been fragmented, at best, for a few of those years.

Then opportunity knocked again: I had to choose between treading into new waters or staying put and focusing on my team.

It was, and some days still is, a tough decision for me because there are challenges every day in both being a franchise owner and building and running a first-class team.

The problem with teams

The goal with my team was to be the rainmaker and CEO of my company, eventually stepping out of the day-to-day sales. But that’s easier said than done. You see, the major challenge with teams is constant turnover.

The goal with my team was to be the rainmaker of my company. Easier said than done.

Real estate is relational, so as you step out and let your team members forge those relationships, you run the risk of giving your business away piece by piece.

As team members leave, so does a part of your business and future business. But if I ran a smaller brokerage like a team, would that give me more options for retention?

It seems to me that running a team is much like running a small brokerage; I kept asking myself — should I go independent? Or is there a way I could expand my market share and profitability without the expense and risks of becoming an independent broker?

As team members leave, so does a part of your business and future business.

Do I want the responsibility of more brokerages and more distractions? Or do I just forget all this noise and do what I do best — but bigger? But how, without having multiple locations?

That’s when a possible solution emerged right at this crossroads.

You see, the major challenge with teams is constant turnover. @kathyhelbig

Will the expansion team model work for me?

For me, right now the solution might be through expansion. Last year, KW introduced a model that outlines the way to run your team in multiple locations.

So it’s not recreating the wheel. It’s not taking risks outside of comfort zones; it’s not opening new brokerages with the accompanying expenses and time investment. It’s doing what mega agents already know we do best: selling and running teams — but on a larger scale in other people’s brokerages.

Last year, @kwri introduced a model for running your team in multiple locations.

So after reflecting on these 19 years of experience, I still don’t have all of the answers. But I do know that teams are increasing rapidly because it’s a better way of doing business.

I’m hoping the expansion model allows me to grow my market share and profitability without all the extra responsibilities and risks of opening multiple brick-and-mortar locations.

I’m hoping the expansion model allows me to grow my market share without the extra risk.

Maybe the smartest move is to keep doing what I do best but with an expanded footprint. Expansion is new for me, though. I am just launching the expansion of my team in two new locations this month.

I know one thing for sure: it won’t be smooth, and it won’t be easy. But it will be another learning experience and opportunity.

I’m welcoming the next chapter. 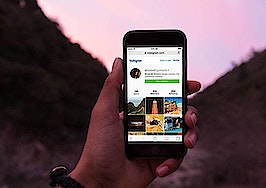 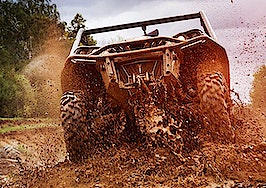 My journey from small independent brokerage to a fledgling team
Back to top
Only 3 days left to register for Inman Connect Las Vegas before prices go up! Don't miss the premier event for real estate pros.Register Now ×
Limited Time Offer: Get 1 year of Inman Select for $199SUBSCRIBE×
Inmanpot
Log in
If you created your account with Google or Facebook
Don't have an account?
Create an Account
Forgot your password?
No Problem