by Kevin McQueen
Share this article
You successfully shared the article.
Close

You already know that the real estate industry is undergoing unprecedented change. Not only is the once-central role of brokers and MLSs being challenged by consumer behavior and portals such as Zillow Group and News Corp., national broker and MLS data initiatives such as Project Upstream, AMP and the Broker Portal are also attempting to disrupt the flow of information and the way the industry transacts.

If successful, these initiatives will likely change the playing field forever and take control away from many of the MLSs.

This has created the perfect storm, causing considerable fear and doubt for association and MLS executives, their staff, leadership and broker members and forced them to look for ways to enhance their value, competitiveness and ensure survival.

The MLS as the exclusive marketplace is over. MLS as we know it is dead, and consumers now have much of the information they want for free. The portals are becoming the new marketplace or exchange.

MLS as we know it is dead, and consumers now have much of the info they want for free.

There are numerous factors driving the current consolidation trend, including:

What questions should leaders ask prior to considering consolidation?

When considering consolidation, there are a number of questions that MLS and association leaders should ask themselves to determine whether it makes sense for them to move forward with the process, including:

At least 45 MLS consolidations have occurred in the past four years — resulting in eight new regional MLSs. Measurable progress is being made in the industry, and we are down to 750 MLSs.

At least 45 MLS consolidations have occurred in the past four years.

The consolidation process creates something new — taking the best practices from all of the associations and making all of them shareholders in the new or expanded regional organization. No jobs were lost as a result of consolidation and everyone benefited from being part of a bigger and better MLS.

Should your MLS consider consolidation?

Brokers, directors and association/MLS executives all need to understand their options and assess their situations — a process that isn’t particularly difficult if you know the right questions to ask.

Kevin McQueen serves the leadership of 370 Realtor associations and MLSs, helping them implement best practices and positioning them for future success. You can follow Kevin on Twitter or LinkedIn. 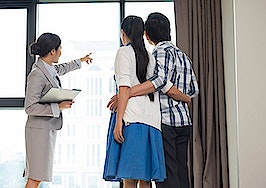 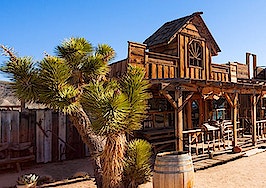 How to conquer the world -- KW expansion team leader-style

Why pre-listing is bad for consumers in a seller's market 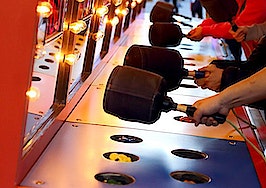 Enough with the MLS-bashing!
Back to top
Only 3 days left to register for Inman Connect Las Vegas before prices go up! Don't miss the premier event for real estate pros.Register Now ×
Limited Time Offer: Get 1 year of Inman Select for $199SUBSCRIBE×
Inmanpot
Log in
If you created your account with Google or Facebook
Don't have an account?
Create an Account
Forgot your password?
No Problem