If you’re planning on tuning into the 88th Academy Awards ceremony this weekend, you may see “The Big Short” — a hilarious but haunting film about the 2007-2008 financial crisis — walk away with a handful of golden statutes.

As some continue to criticize the sins of mortgage industry firms deemed “too big to fail,” the movie has been nominated in five categories — Best Picture, Supporting Actor, Director, Film Editing and Adapted Screenplay.

‘The Big Short’ is up for 5 Oscar nominations.

The film’s story, which brings the horrors of the bubble burst to the red carpet and millions of television sets around the world, may hit a little too close to home for some of Inman’s readers. Digital advertising company Exponential, which has successfully predicted the Best Picture winner for the last three years, has placed its bet on the film to win Best Picture, narrowly beating out “Spotlight” and “The Revenant.”

But regardless of whether the movie earns the biggest Oscar of the night, “The Big Short” is certainly not the first time Hollywood has tackled the topic of real estate.

Here are five real estate movies sure to make every agent laugh, cry or at least do a little soul-searching. 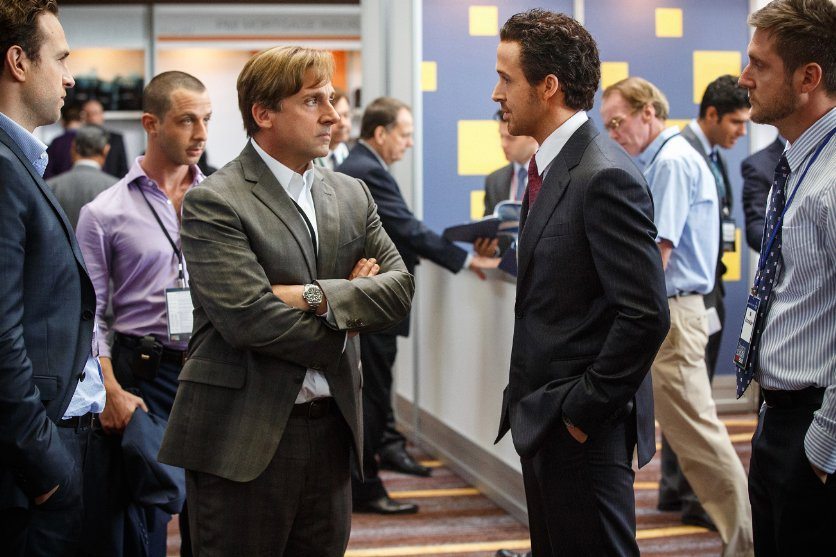 If you’ve finally recovered from your financial crisis crash hangover and would like to find out exactly how we got into that mess, this film is your ultimate guide, complete with CliffsNotes.

Based on the book, “The Big Short: Inside the Doomsday Machine,” a tell-all depiction of the credit default swap debacle written by financial writer Michael Lewis, the film offers a front-row seat to the financial market crash and follows a cast of eccentrics who bet against the market and ended up profiting from its downfall.

The film takes some liberties with Lewis’ story, consolidating some characters into one person and adding the usual Hollywood panache to what may seem like the driest topic imaginable for a movie.

Here are five films sure to make every agent laugh, cry or at least do a little soul-searching.

It would be funny, if it weren’t so true. As one reviewer has commented: “It’ll make you angry, but in a good way.”

Fun fact: Sen. Elizabeth Warren of Massachusetts — a proponent of the Dodd-Frank Act and architect of the Consumer Financial Protection Bureau (CFPB) — watched the film with director Adam McKay and commented: “I loved ‘The Big Short’ as much as I could possibly love a movie about greedy Wall Street bankers who cheated working families, broke our economy and didn’t go to jail. It was great to have Oscar-nominated writer and director Adam McKay stop by my office today to talk about his powerful film. We both agree: ‘The Big Short’ should add energy to the push for real accountability in our broken financial system.”

Memorable line: “I have a feeling, in a few years people are going to be doing what they always do when the economy tanks. They will be blaming immigrants and poor people.” 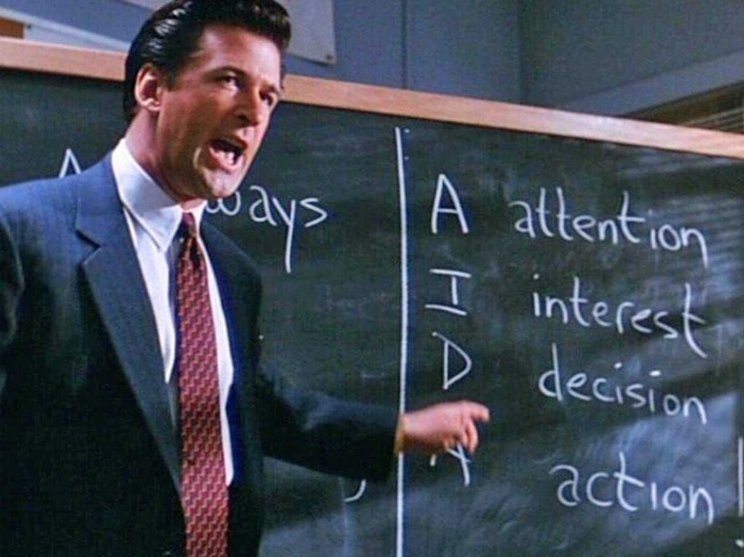 Widely regarded as one of the best films of all time, this is a tale of the seedy side of the real estate business. Adapted from playwright David Mamet’s Pulitzer Prize-winning play of the same name, the film depicts two days in the lives of several testosterone-overloaded real estate salesmen who use dubious tactics to sell property in Chicago to weak leads.

Baldwin’s character, Blake, is dispatched by the company’s owners to motivate the salesman — with a verbal, profane assault. He announces a monthly sales contest: “First prize is a Cadillac Eldorado. Second prize is a set of steak knives. Third prize is you’re fired.”

After engaging in cutthroat tactics to win the Cadillac, the salesmen come into work the next day to find their office burglarized and the leads stolen. The robbery has consequences for all of the characters.

Since the film’s release, it’s been used as a training tactic in the sales world — how to sell, and as evidenced by the events in the film, how not to sell.

Fun fact: The story is reportedly based on Mamet’s own experience working in a real estate office in the 1970s, and like all of Mamet’s dialogue, it is steeped in expletives; the “F-word” is said a whopping 138 times. With a running time of 100 minutes, that’s roughly 1.38 F-bombs per minute of screen time. 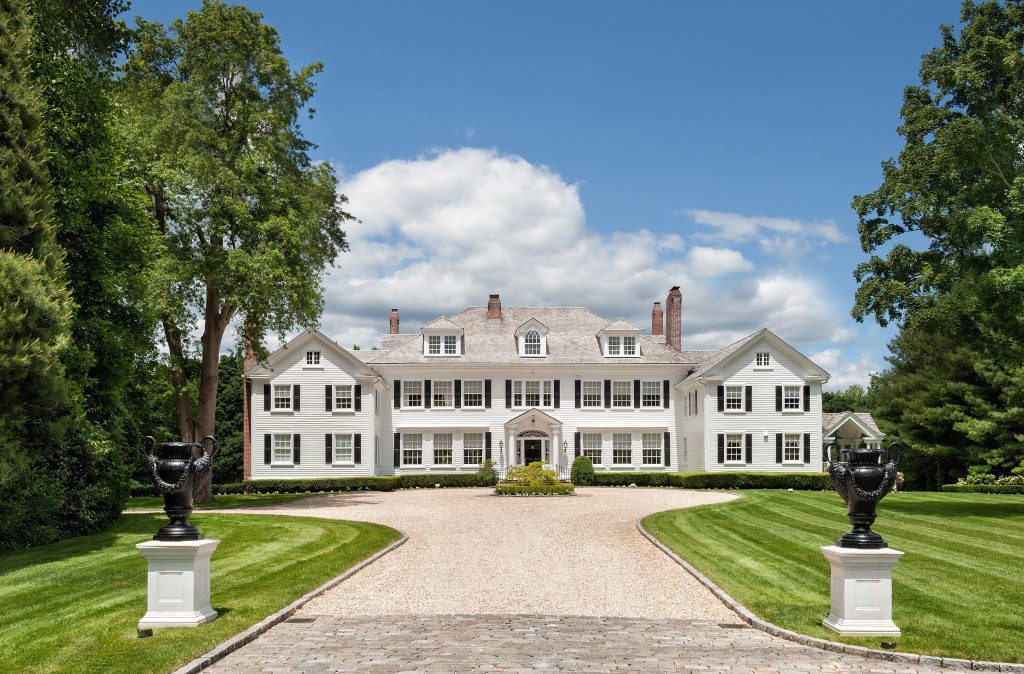 This screwball comedy, a remake of the 1948 film ‘Mr. Blandings Builds His Dream House’ starring Cary Grant and Myrna Loy, marks the first ever collaboration between Oscar-winning actor Tom Hanks and Oscar-winning director Steven Spielberg, who produced the film.

Hanks portrays Walter Fielding Jr., an attorney and insecure sap who probably realizes that his classical musician girlfriend, Anna Crowley (Shelley Long), is way out of his league. After unexpectedly losing their apartment, Walter and Anna decide to venture into homeownership when they learn of a distressed, million-dollar mansion that is up for sale for only $200,000.

Walter and Anna buy the property expecting to do an extensive renovation, but as soon as they begin to call it home, it quickly begins to fall apart — literally. A grand staircase disintegrates as Walter climbs it. A bathtub falls through the floor. The plumbing oozes sludge. Turning on the lights ignites the walls. A raccoon pounces onto Anna from the dumbwaiter, and in a final moment of destruction, the chimney collapses.

The stress of the situation, compounded by bumbling contractors who keep estimating that repairs will take “only two weeks!” takes its toll on the couple, who finally decide to sell the house when its repairs are complete and split the proceeds.

However, by the end of the film, they reconcile and are married in front of the newly renovated home — oblivious to the fact that the same distressed couple who sold them the money pit is engaging another unscrupulous real estate deal with Walter’s father.

Fun fact: The home used for the film was built in 1898 and is located in the town of Oyster Bay in Nassau County, New York.

No longer a money pit, the eight-bedroom, 10-bathroom, 14,000 square-foot mansion at 199 Feeks Lane in the village of Lattington, New York, has undergone extensive renovations. It last sold in June 2002 for $2.125 million. According to Zillow, it’s up for sale again, and the asking price is $8 million. There’s a nice commission there!

Memorable line: “I wasn’t expecting that water. It had legs.”

The home from ‘The Money Pit’ is up for sale. Asking price? $8 million. 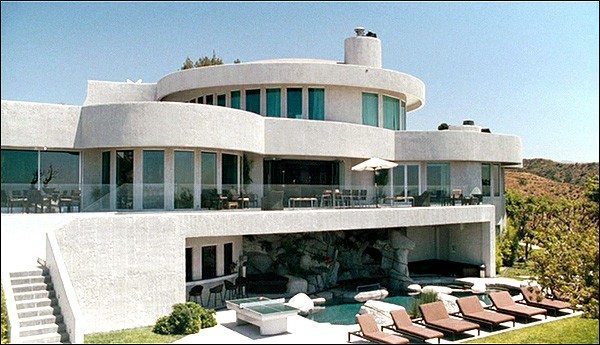 Couched in this comedy about a newly engaged man who realizes he has no male friends and therefore, no groomsmen, is the sad tale of Peter Klaven (Paul Rudd), a real estate agent who struggles to sell the Los Angeles mansion of bodybuilder-turned-Incredible Hulk Lou Ferrigno.

An agent who specializes in selling small bungalows for the fictional Davis-Dunn Realty, Peter is overwhelmed by the prospect of finding a buyer for Ferrigno’s palatial property, which features a life-size sculpture of the bodybuilder in his heyday.

Peter declines an offer to share the listing with a fellow agent, Tevin (Rob Huebel), who generates business for himself in Southern California with personalized urinal cakes and bus ads.

During his personal quest to audition candidates for his best man, Peter unexpectedly wins over Sydney Fife (Jason Segel) with the sundried tomato aioli paninis he serves at Ferrigno’s open house. But Sydney is not interested in buying the property — he only attends open houses to hunt down desperate divorcees.

As the friendship between Peter and Sydney blossoms, Sydney, a self-professed “investor,” asks Peter to borrow money, causing Peter to become suspicious of his motives. But to Peter’s surprise, Sydney uses the funds to purchase billboard space with cheeky ads that put Tevin’s urinal cakes to shame. And spoiler alert: Ferrigno’s faith in Peter is somehow renewed by the images of Peter posing provocatively in a James Bond costume.

Although the real estate agent storyline is Peter’s backstory in this film, the stereotypical depictions of agents are comical here — because let’s face it, everything Paul Rudd does is hilarious.

Fun fact: The location used as Ferrigno’s home is a private residence located at 1 Electra Court in the Hollywood Hills.

See if sundried tomato aioli paninis win over open-house attendees a la ‘I Love You, Man.’ 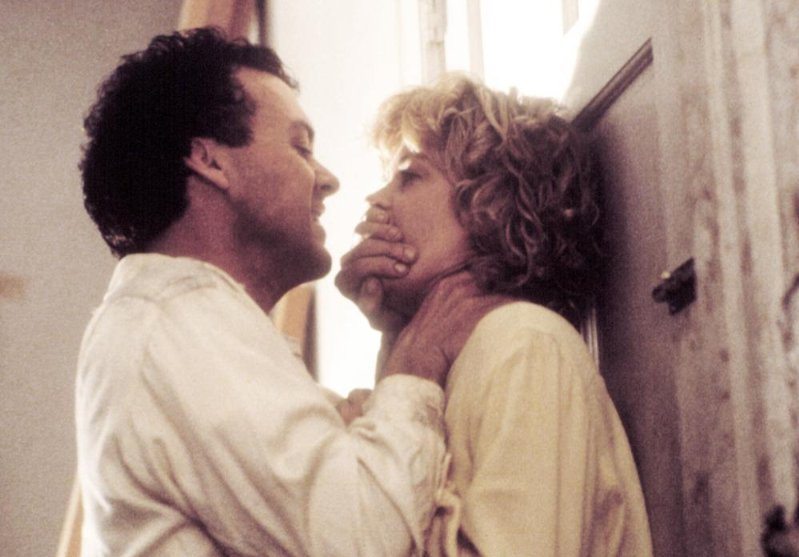 Fudging some of their financial records, Patty (Melanie Griffith) and Drake (Matthew Modine) purchase an expensive home in a sought-after neighborhood in San Francisco and renovate it into a three-unit investment property.

They need every dime from the two other tenants to make their mortgage payments, so they are willing to overlook the paucity of documentation and credit check of Carter (Michael Keaton), who promises a wire transfer to pay for six months’ worth of rent for their trouble.

The wire transfer never materializes, but Carter moves in anyway, and sets out to make life hell for the couple and the other tenants. Suddenly, the property is overrun by cockroaches, and the other tenants move out. Patty and Drake attempt to evict Carter, but the law is somehow not on their side. The stress of the situation and Carter’s creepiness culminates in a slew of other hair-raising events, but when the couple finally rid the vermin from their lives, they sell the home — for a profit.

Fun fact: “Pacific Heights” uses some of the same suspense-building techniques that were the trademark of acclaimed director Alfred Hitchcock. Griffith’s mother, Tippi Hedren, makes an appearance in this film, although the two do not share any scenes together. Hedren starred in the Hitchcock films “The Birds” in 1963 and “Marnie” in 1964.

Memorable line: “It’s not just an investment. It’s our home.” 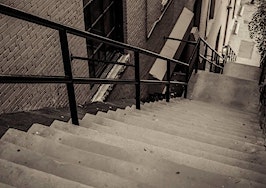 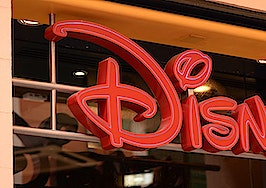 Disney and the next big home-search innovation 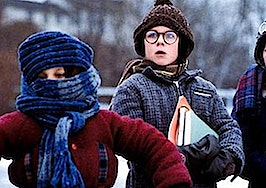 The house that leg lamps built