Although the country as a whole is breathing a collective sigh of relief about foreclosures, there are still little pockets of choppiness. One of those places is DC. In new numbers calculated by RealtyTrac, the DC MSA – Washington, Arlington, and Alexandria – ranked 54th in the nation for foreclosures.

Although the country as a whole is breathing a collective sigh of relief about foreclosures, there are still little pockets of choppiness.

One of those places is DC.

In new numbers calculated by RealtyTrac, the DC MSA- Washington, Arlington, and Alexandria- ranked 54th in the nation for foreclosures. They compute that number by dividing the total number of housing units in an area by the number of foreclosures. But that’s only for metros with a population of 200,000 or better.

In January, RealtyTrac found there to be 2,061 homes somewhere in the foreclosure process in the DC metro. That’s a month-over-month dip of 1.67 percent, but a 16.9 percent rise since January 2015.

Many factors can play into these rates. For example, some states have much longer foreclosure processes than others, depending on legal requirements and backlogs. And, there is naturally some level of foreclosure activity in the housing market.

Overall, the DC metro doesn’t compare to some states that still had the highest foreclosure rates in 2015. The top was New Jersey (1.91 percent of housing units with a foreclosure filing), followed by Florida (1.77 percent) and Maryland (1.6 percent).

But DC is an another list that’s not auspicious– an increase in REO filings. The metro ranks no. 14 in the nation for 2015 for those. Again, though, it’s part of the process. In some states, foreclosures can take more than 1,000 days, backlogging systems for years.

“In 2015 we saw a return to normal, healthy foreclosure activity in many markets even as banks continued to clean up some of the last vestiges of distress left over from the last housing crisis,” said Daren Blomquist, vice president at RealtyTrac, in a statement.

“The increase in bank repossessions that we saw for the year was evidence of this cleanup phase, which largely involves completing foreclosure on highly distressed, low-value properties.” 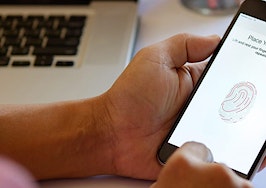 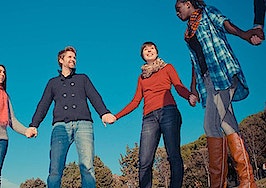 Placester, real estate website provider, launches industry partner program for real estate tech vendors
Back to top
Only 3 days left to register for Inman Connect Las Vegas before prices go up! Don't miss the premier event for real estate pros.Register Now ×
Limited Time Offer: Get 1 year of Inman Select for $199SUBSCRIBE×
Inmanpot
Log in
If you created your account with Google or Facebook
Don't have an account?
Create an Account
Forgot your password?
No Problem