Many operating in popular real estate markets are thoroughly enjoying the experience of riding a wave of prosperity right now. Corcoran Sunshine’s Beth Fisher, for one, is reveling in being a part of the renaissance in New York City ‘s West Side waterfront.

Many operating in popular real estate markets are thoroughly enjoying the experience of riding a wave of prosperity right now.

Corcoran Sunshine’s Beth Fisher, for one, is reveling in being a part of the renaissance in New York City ‘s West Side waterfront. The result of re-zoning former railyards, it has been a long time coming.

“The development you see going on now is reshaping New York City for the 21st century and beyond,” said Fisher.

Beth Fisher: ‘The development you see going on now is reshaping NYC for the 21st century.’

Fisher is the senior managing director at and a founding member of the Corcoran Sunshine Marketing Group, launched in 1992. The group reported banner sales in 2015, estimating that it represented 54 percent of all new development sales in Manhattan last year, averaging $3,027 per square foot.

When she was a history major at the University of Michigan, Fisher was house manager of a non-profit student housing co-op.

“That was the beginning of my ‘bossy’ career,” she quips. “It was an unbelievable, incredible experience — and it was international housing.”

Fisher still has her finger on the pulse of international housing — but this time, it’s luxury, and mainly in Manhattan.

“It’s an absolutely fascinating time to see the strength in the New York market — post-2008, with an incredible infusion of capital for many of the developments which have been decades in the making,” said Fisher.

“The combination of public and private investment — including the private residential development of the Hudson Yards, and adaptive re-use of the Piers and expansive Hudson River Park, are among the most vibrant areas of development and will re-define New York,” she said.

Corcoran Sunshine provides market research, planning and design, strategic marketing and sales services, and it also has an on-site salesforce for developers.

“As participants helping shape these developments, and because of our market share, we have a privileged view into the future,” said Fisher.

Sunshine was bought by Realogy in 2003 and merged with Corcoran, still under Realogy, in 2006.

Fisher and her team sometimes get involved when developers are first looking at a site to advise on the residential side. Other times, a developer might come to them once they have done a zoning study.

For Fisher, who moved a lot around the country growing up, this is a dream job.

“I spent my life trailing around after real estate agents,” she said.

“I wound up in this business and become entranced with this imaginary world,” she said.

Fisher estimates 5,000 new condominium units will come to market this year, and another 6,000 next year.

Tips for agents when touring new developments with clients

The Corcoran Sunshine senior managing director has some tips for agents helping clients to buy in new developments in good times and bad.

“The best agents really sit back and let the onsite agents do the talking,” said Fisher.

“A lot of agents perform in front of clients. But you want to use these opportunities to better understand what your consumer is looking for,” said Fisher.

The best agent will speak to the onsite agent in advance and share information and work collaboratively — not take over the conversation, she said.

“It’s like the carpool. You get the best information when you are quietly driving the car,” she said.

One West End is the tallest condominium in Riverside Center, a five-building master plan development, built around three acres of open green space. It’s slated to contain 100,000 square feet of shops within the waterfront enclave located between 59th and 61st Street between West End and Riverside.

In New York, it’s all about the amenities. People don’t like to walk more than a block for the closest food market, said Fisher. So developers will create them if they are not close enough to their buildings.

Silverstein Properties and Elad Group are bringing a resort-style hospitality to One West End and are planning to anchor the property with a culinary destination at its retail base.

“It is a very broad reach,” said Fisher. “One West End is attracting a lot of ‘move up’ buyers, wanting the latest and the newest.  You have people from New Jersey who are buying — empty-nesters and international buyers looking for pied a terres.”

The apartments range from one to five bedrooms, priced from $2 million to $20 million.”

Fish where the fish are

Attracting buyers is not always as straightforward as the current healthy market. As one who started her career in the mid 1980s, Fisher has been through a number of property cycles.

“A client once told me in the early ’90s: ‘If there’s no market, you can parachute out of a helicopter and hand out dollar bills and it still won’t help.'”

The marketing expert said she learned her mantra then, to “fish where the fish are.”

Part of doing what she does in her business requires patience and nerve. It was a five-year wait from 2008 to 2013 before the market was ready for the 56 Leonard Street apartment building in TriBeCa — and by then, there was significant pent-up demand.

It became a top-selling building of the year in 2013 and one of the top-selling of all time, said Fisher.

“A lot of that was related to it being a great neighborhood — being more ripe for the luxury market,” said Fisher.

Fisher’s job is about riding the peaks and troughs. Although she is expecting a busy next couple of years, there may be a pause after that.

“We might see some curtailing given factors, such as the high price of land, construction, and increasing challenges with obtaining development financing for condominiums,” she added.

And 11,000 new units over the next two years will take some digestion.

“In development, everyone leaves at the same time to beat the traffic to the Hamptons. That’s just how it goes,” Fisher said philosophically.

Beth Fisher: ‘In development, everyone leaves at the same time to beat the traffic to the Hamptons.’

Fisher attended a private conference recently on international investment, where she learned there was continuing interest from the Chinese in U.S. real estate.

“International investment is very, very strong, one of the pillars of the residential market, and it has been for decades,” said the real estate marketer.

At the conference, she was told Chinese investors represented 27 percent of investment in U.S. residential property — and a further 46 percent was coming from other countries.

“It’s important for people not to fear international investment in the U.S. — U.S. investors are investing triple internationally what the Chinese are spending in the U.S.,” she noted.

She is bullish on the next quarter’s buyer activity, international and local.

“There are plenty of people looking at $20 million apartments,” said Fisher. “And in the sub-$3-million range, we are seeing a very, very healthy start to what we see as the most robust season, the second quarter.”

Everyone involved in New York real estate is working to a bit of a deadline.

“By the time of the Federal election in the fourth quarter, there will likely be another ‘malaise’ and no one will feel like shopping too much,” said Fisher.

Commenting on new Treasury regulations for luxury cash buyers, where title insurance offices are responsible for reporting the identity of cash buyers, Fisher sees this measure as short term, an opportunity for the Treasury to collect data that might lead to some policy changes.

“This is not a market buoyed up by criminals. There’s plenty of real dough out there,” she said.

“We are a city of the world,” she stresses.

And the international investors coming to New York are not first-time buyers.

For Fisher, what’s happening in the markets at large is what makes her lose sleep.

“The thing I worry about the most for the real estate market is the Dow. That’s the no. 1 indicator — it’s the key driver of consumer confidence levels,” she said. 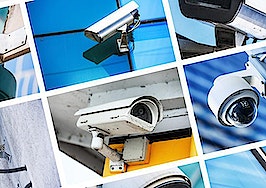 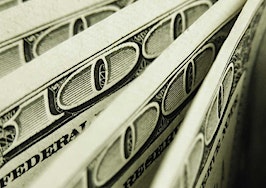 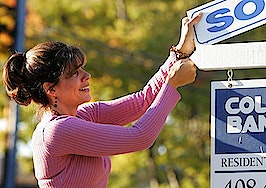 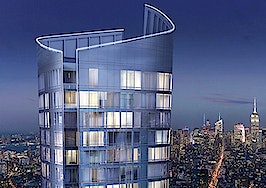