It’s a good time to be flipping homes, especially in a few big cities. In a study conducted by Redfin, flips brought $102,400, on average, in sale price over the original purchase price of homes turned over. That’s better than the average of $98,500 per flip in 2014, and well above the $90,900 that flippers were getting during the last housing boom.

It’s a good time to be flipping homes, especially in a few big cities.

In a study conducted by Redfin, flips brought $102,400, on average, in sale price over the original purchase price of homes turned over. That’s better than the average of $98,500 per flip in 2014, and well above the $90,900 that flippers were getting during the last housing boom. 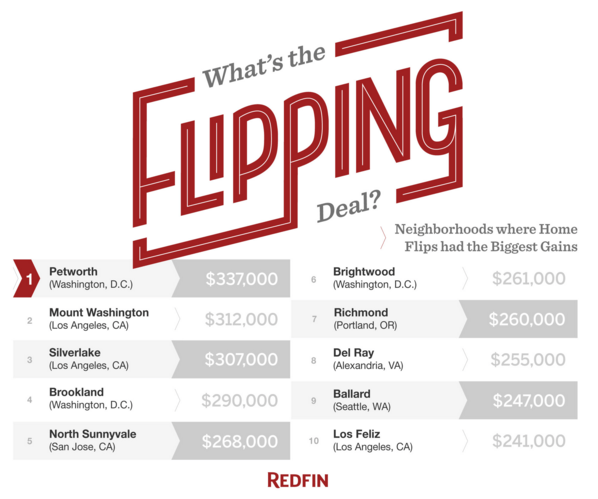 Overall flipping activity across the country is on the decline, likely because the housing crisis that made many homes available for flipping, is waning, or over. The analysts estimated 43,000 homes were flipped in 28 Redfin markets last year, nowhere near the peak year volume of 2005, which saw 95,000 homes flipped.

The most lucrative flipping deals were had in Washington, DC, and Los Angeles. DC had the most lucrative neighborhood for flipping – Petworth – and the San Francisco metro had the highest average gain per flip, at $216,000.

Flipping has not flopped yet in these big cities 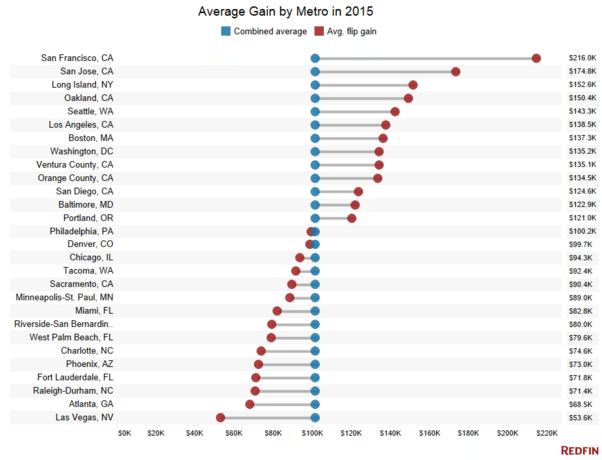 Redfin crunched the numbers all the way back to 2001 to examine how lucrative home flipping was before and after the housing bust. Excluded were homes that were acquired and resold by banks as those tend to be foreclosed properties. Also left out were properties that cost less than $20,000, or more than $1.2 million.

Redfin defined a flip as any home (condos, townhomes, or single-family units) that was bought and resold between a three to 12-month period, for at least 10 percent more than the original purchase price.

Also of note: the average gain calculation over original price favored big, older cities on the eastern side of the country. Flippers in Philadelphia, Chicago and Baltimore realize gains of 73 percent, 70 percent and 67 percent respectively over the original purchase price.

On the Redfin blog, Steve Centrella, an agent in Washington, D.C, said, “The golden ticket for developers in D.C. is Grandma’s house, a tired home with solid bones and well-cared-for original elements available at a low price that can be refreshed with an updated look and modern finishes.”

But Centrella warns that buying a flip can be a buyer-beware situation. “If the home is quickly flipped by a novice renovator, you really need to look out for the ‘lipstick on a pig’ situation where the home has been freshened up, but the bones, utilities and roof could be hiding all sorts of unpleasant surprises.” 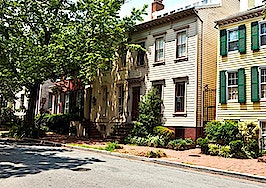 MRIS reports DC, Baltimore housing conditions for February
Back to top
Thousands of real estate pros joined us virtually yesterday for Connect Now and you can access the replays with a 2022 bundle.Access Now×
Agent Appreciation Sale: Inman Select for only $85.CLAIM OFFER×
Inmanpot
Log in
If you created your account with Google or Facebook
Don't have an account?
Create an Account
Forgot your password?
No Problem