“2016 will be the year the sleepy real estate industry wakes up to Bitcoin and Blockchain,” says Ragnar Liftrasir. And, according to Liftrasir, the proof is in the sudden growth of his International Blockchain Real Estate Association (IBREA) whose membership jumped from 200 to 500 in a matter of a few months.

“2016 will be the year the sleepy real estate industry wakes up to bitcoin and Blockchain,” said Ragnar Liftrasir. And, according to Liftrasir, the proof is in the sudden growth of his International Blockchain Real Estate Association (IBREA) whose membership jumped from 200 to 500 in a matter of a few months.

Furthermore, IBREA will be hosting its first full-day conference on May 17 in Newport Beach, California.

.@Ragnarly: 2016 will be the year the real estate industry wakes up to bitcoin and Blockchain.

Liftrasir says the IBREA conference is different than most other real estate events not only due to the sole focus on bitcoin and blockchain technology, but because of the emphasis put on topics rather than big name speakers and the collaborative format that bucks against what he calls the typical “top down” format.

This year’s conference will touch on six topics:

Between each session, speakers and attendees will have the chance to meet and collaborate during 30-minute “Working Group” sessions, which Liftrasir says is the heart of the conference and the spirit of blockchain technology.

“I made sure that this conference would be where everyone could participate and have a voice, and that’s just what blockchain technology is,” says Liftrasir. “It’s the same thing. There’s not just one central authority controlling everything.”

.@Ragnarly: ‘I made sure this conference would be where everyone could have a voice.’

Although that’s what Liftrasir has come to love about blockchain, that’s what initially confused him when he was introduced to the technology in 2010 on Reddit.

“It was difficult because there’s no precedent to what bitcoin is. It’s a whole new class of technology and there weren’t any parallels,” he said.

“The hardest thing to understand was, ‘How does something have value when there’s not a central authority controlling it or backing it?'”

But once he came to understand how bitcoin and blockchain work, he said he immediately thought that it would be a great fit for the real estate industry.

Liftrasir says bitcoin and blockchain can be used in real estate in four ways:

As far bitcoin usage, he says residential brokers could use it to help foreign buyers who have trouble with traditional banking procedures. At his company, meson.re, Liftrasir says he uses bitcoin for Chinese buyers who are limited to wiring $50,000 per year due to Chinese law. But, that limit doesn’t apply to bitcoin.

Liftrasir says he’s able to take the client’s money, trade it for bitcoins, then exchange those bitcoins for U.S. dollars in a U.S. bitcoin exchange and carry on with the transaction as normal.

If bitcoin could make transactions that much easier, then why don’t more brokers use it?

If bitcoin could make transactions that much easier, then why don’t more brokers use it?

“The biggest issue with bitcoins is that people think it is anonymous,” Liftrasir said. But, he notes that before an exchange can take place, he must provide all of his information, which includes his name, address and phone number etc.

In addition to concerns about anonymity, legality and safety, Liftrasir said real estate professionals have shied away from using bitcoin and Blockchain due to fear of being wrong.

“No one wants to be the first to do something if it doesn’t work out. It’s the culture of the real estate industry, our industry isn’t generally very technologically forward compared to a lot of other industries,” said Liftrasir. “I would argue it’s the least, right after insurance.”

But, he’s confident the real estate industry will finally turn the corner this year due to Wall Street and other institutions, such as the Delaware Blockchain Initiative, successful use of blockchain technology.

“What it will take is for a couple of [big name] real estate companies who will say ‘Yes, we are going to use this.'”

Furthermore, Liftrasir said that “Yes” will happen at the IBREA conference on the 17th. He said he’s in talks with a number of technologically savvy real estate companies and two government agencies who are onboard with using blockchain. 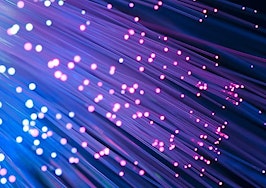 How blockchain is changing how you do business 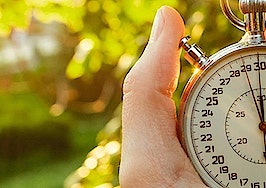 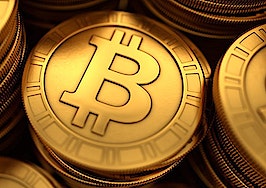 Blockchain made relevant to real estate by Silicon Valley startup