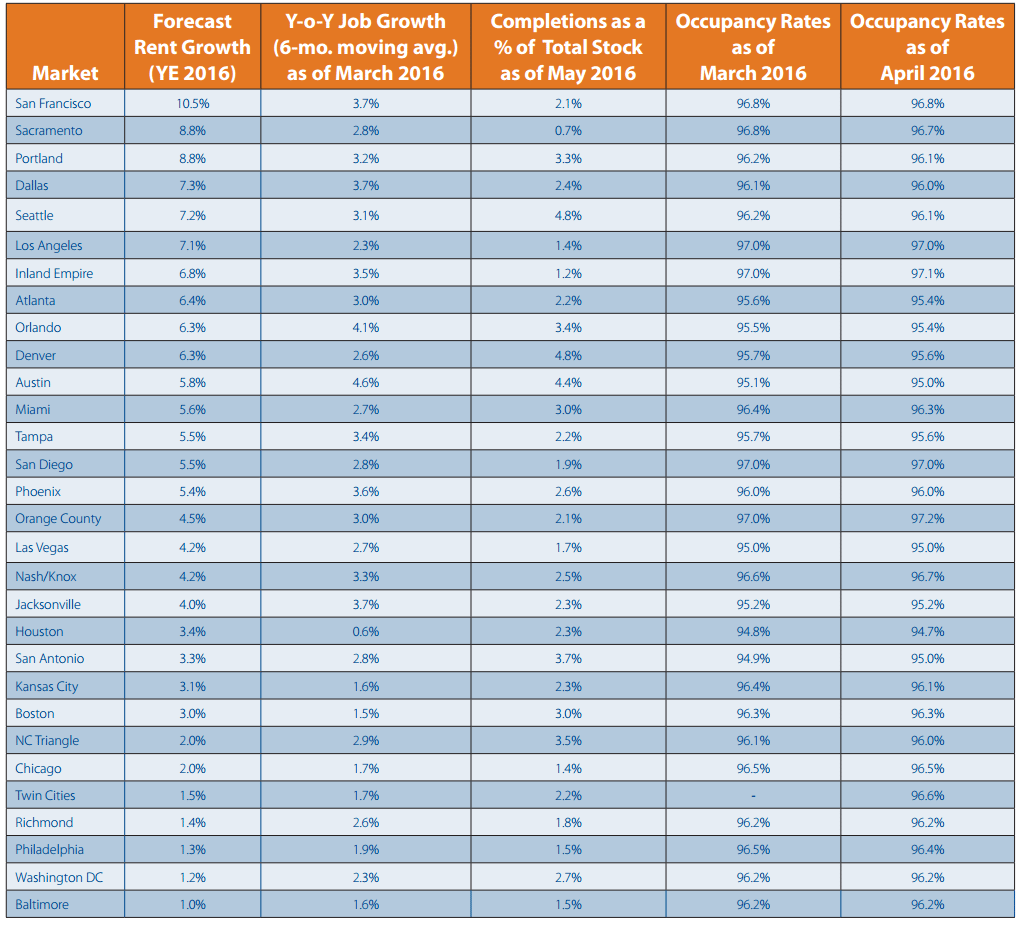 Baltimore and Washington D.C. were both at the end of the spectrum in expected rental growth by the end of 2016. Baltimore and D.C. are forecasted to see 1 percent and 1.2 percent growth, respectively. Both cities have an occupancy rate of 96.2 percent, and neither has changed on a monthly basis.

DC rent expected to grow 1.2 percent by the end of the year

Since the end of 2014, rent growth has slowly and steadily increased on a monthly basis for all asset classes. Since the D.C. real estate market is considered to be one of the most mature in the nation, its growth isn’t as dramatic as other major cities. 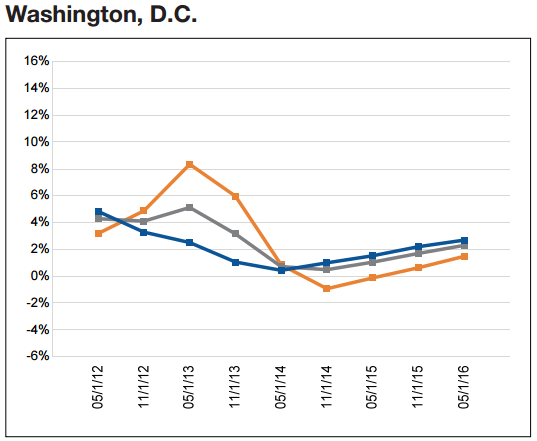 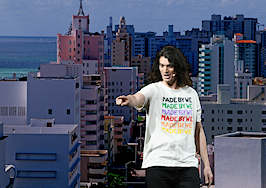