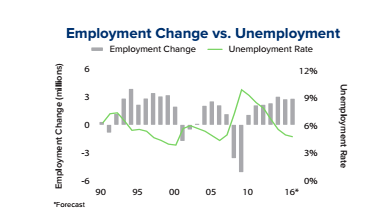 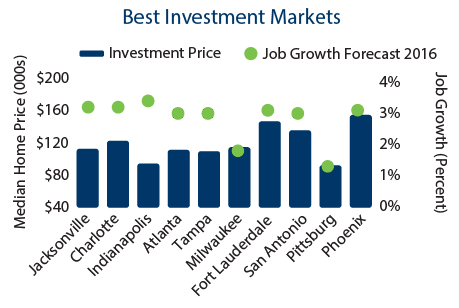 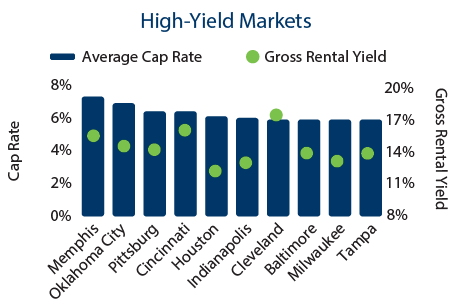 Miami’s market continues to get hotter and hotter. According to HomeUnion, the southern metropolis has seen a record-breaking number of visitors coming for the city’s world-class amenities and attractions over the last two years– and investors see the opportunity.

Home prices are reaching pre-recession levels, HomeUnion says, but the median price of investment properties is still 32 percent lower than in 2005. Vacancy is among the lowest in the country and is forecasted to reach 3.5 percent this year.

Miami vacany rate is at 3.5 percent, among the lowest in the nation 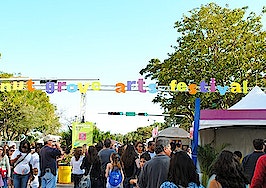