Realtor association mergers are sometimes controversial. But Inman’s latest special report found that more real estate agents and brokers think they’d be good for business than not. In a survey fielded earlier this year, Inman readers were asked if they would like their local Realtor association to merge with another local association.

In a survey fielded earlier this year, Inman readers were asked if they would like their local Realtor association to merge with another local association.

The biggest share of respondents — more than 4 in 10 — said “yes.” Just over 3 in 10 do not want their association to merge with another, though some of these respondents said they would prefer their MLS merge with a neighboring MLS.

The rest, 26 percent of respondents, said they didn’t know if they would like their association to merge. 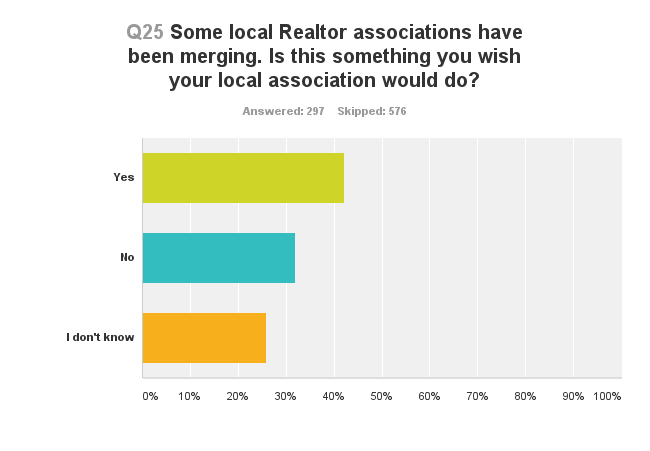 In May, the board of directors of the National Association of Realtors approved an extension of grants to assist local associations who choose to merge in order to be able to offer the services required under NAR’s “core standards.”

The standards were meant to ensure that even the smallest association was capable of offering a minimum set of services, including enforcing the Realtor Code of Ethics, playing a political advocacy role, conducting outreach to consumers, maintaining fiscal responsibility and leveraging technology.

In May, NAR’s board added even more requirements to the core standards.

When NAR’s board first adopted the standards in May 2014, the board allocated up to $20 million in funding to help associations comply, including through facilitating mergers. NAR expended $1.4 million of those funds in 2014 and $5.1 million in 2015.

The core standards have been a driving force in association mergers and dissolutions. NAR’s local association count fell from 1,355 in May 2014 to 1,204 as of February 2016 — an 11 percent decline.

Inman’s survey results indicate that Realtors would like to see even more mergers, citing the possibility of better services and reduced fees, among other reasons.

When asked why they’d like their association to merge with another, respondents cited economies of scale; increased efficiency; access to better leaders, training and tools; fewer disparate rules; fewer “fiefdoms;” fewer duplication of services; and the ability to access more listings in a given market.

Just over 3 in 10 respondents were not in favor of their local association merging, however. They cited their “unique” market and the need for expertise in specialty markets; geographic distance from other associations; increased costs; and a loss of attention to local interests with a bigger association. Some said multiple listing services, not associations, should merge.

The quarter or so of respondents who didn’t know if they’d like their association to merge tended to be more circumspect.

On association mergers, ‘I need to see the pros and cons’ 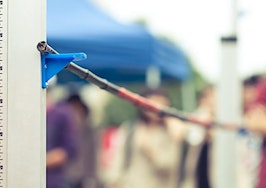 NAR budget gets boost from rising agent and broker membership