The team behind the Addison & Clark mixed-use development in Wrigleyville, Mayor Rahm Emanuel and Ald. Tom Tunney (44th), joined in breaking ground earlier this month for a project that has been 10 years in the making.

The team behind the Addison & Clark mixed-use development in Wrigleyville, Mayor Rahm Emanuel and Ald. Tom Tunney (44th), joined in breaking ground earlier this month for a project that has been 10 years in the making.

The $140 million project will bring 148 luxury apartments, 150,000 square feet of retail space and a total of 405 parking spaces, with 341 of the spots available for public use via a separate entrance.

In exchange for the neighborhood’s Starbucks, Goose Island Wrigleyville and Salt & Pepper Diner, among other buildings, the massive development will house a Mexico-based Cinemex theater, among other retailers.

On August 4, developers announced the entertainment company would set up shop there, opening its first Chicago movie theater. Not unlike Roosevelt Collection’s movie theaters, this one won’t be your typical movie-viewing experience. The 10-screen, dine-in theater will partner with Lettuce Entertain You Enterprises for the menu.

Residents of the building will also have access to the 5,715 square foot clubhouse, 8,746 square foot outdoor terrace that is home to a pool and spa and a fourth-floor amenity deck. A shared community kitchen, fitness center, cyber cafe, business center, sauna and steam room are just a few of the available features. 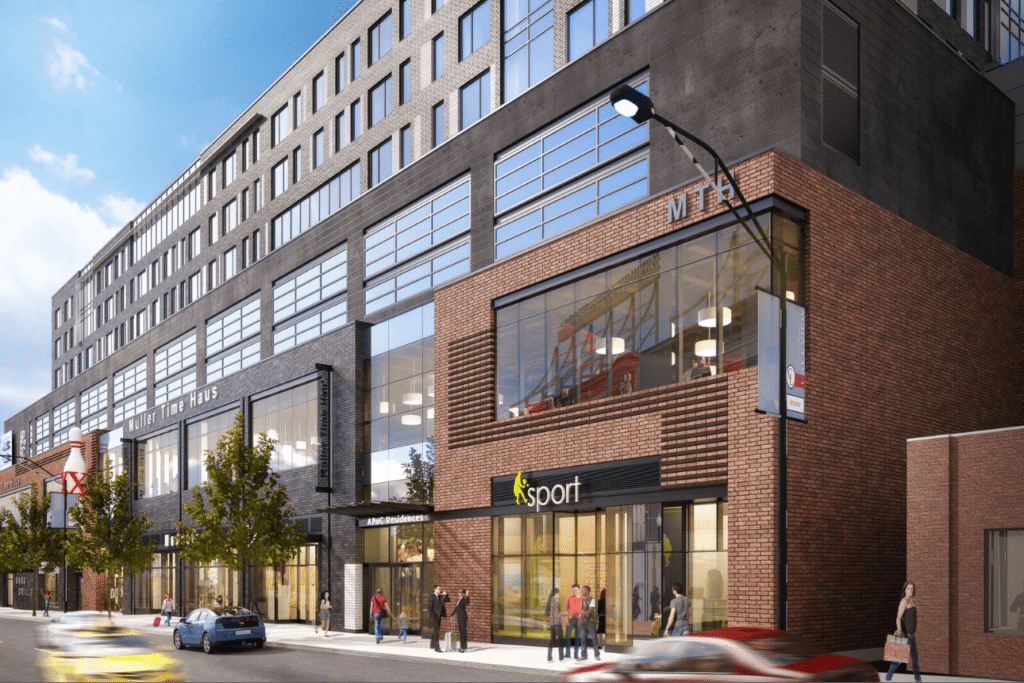 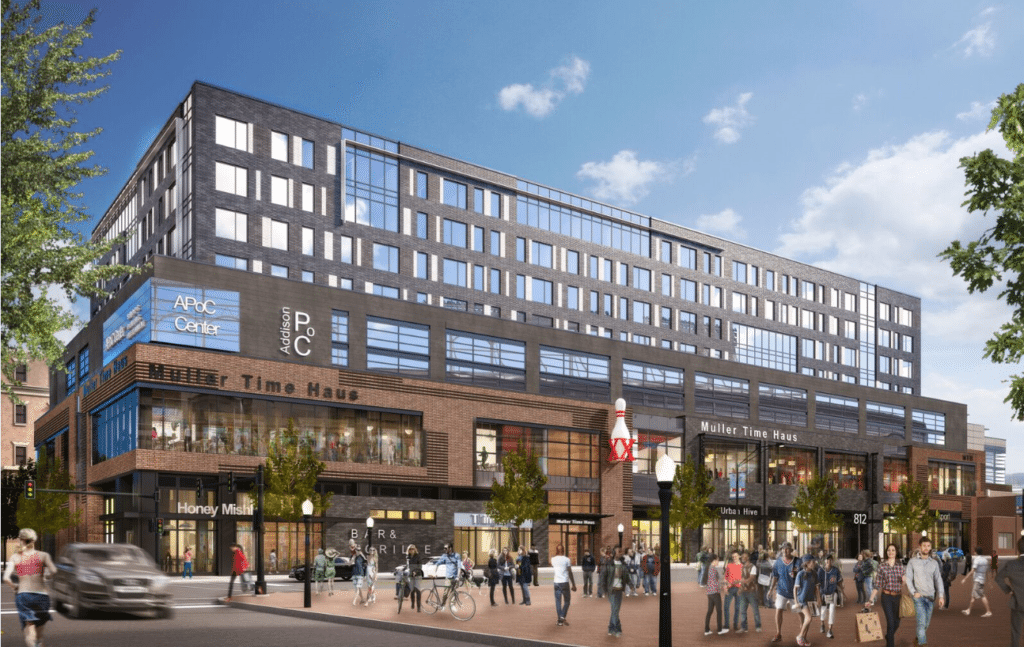 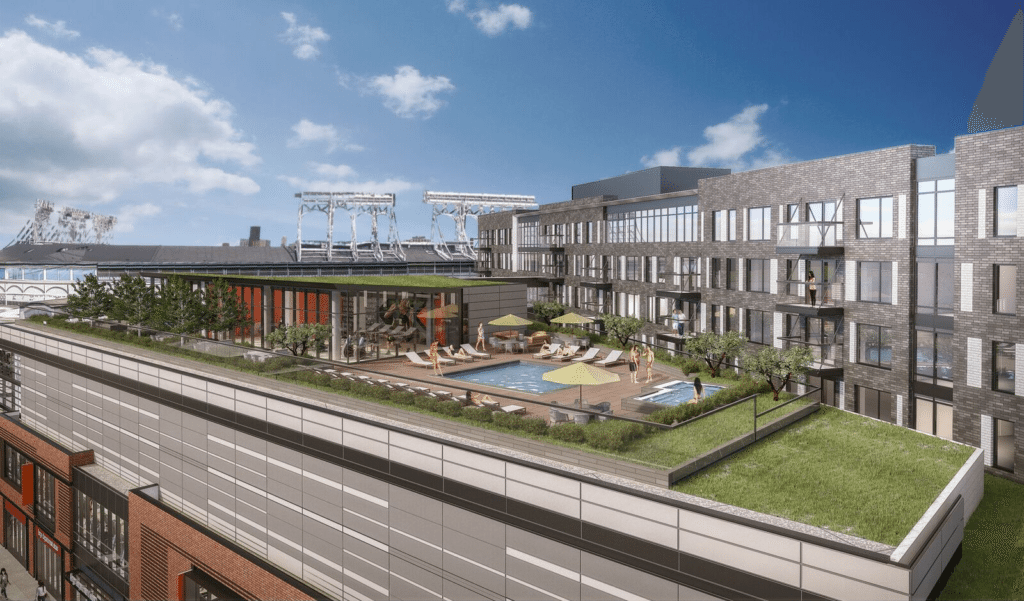 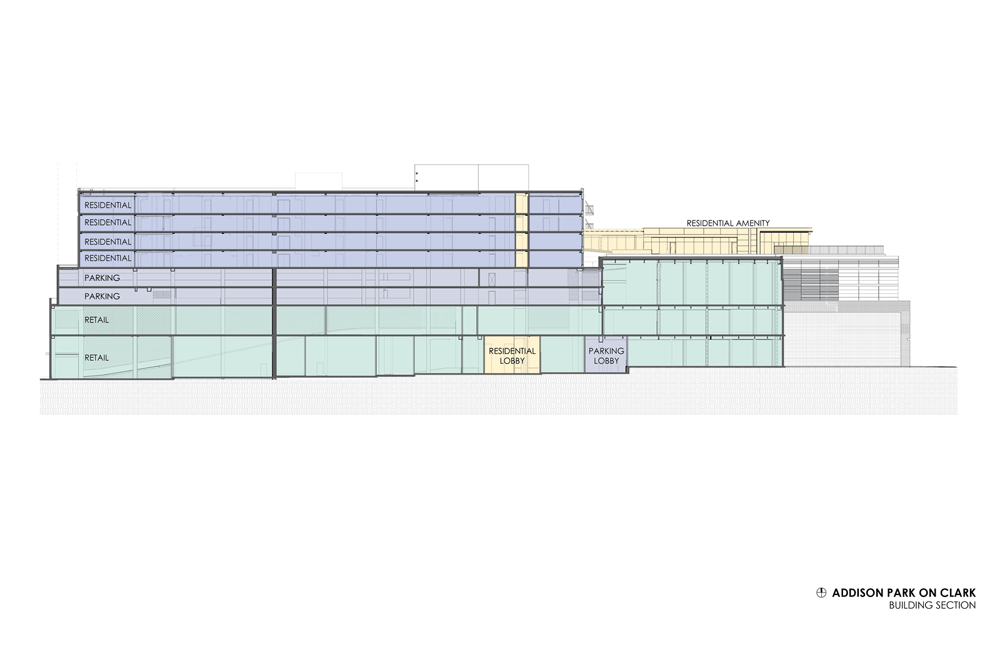 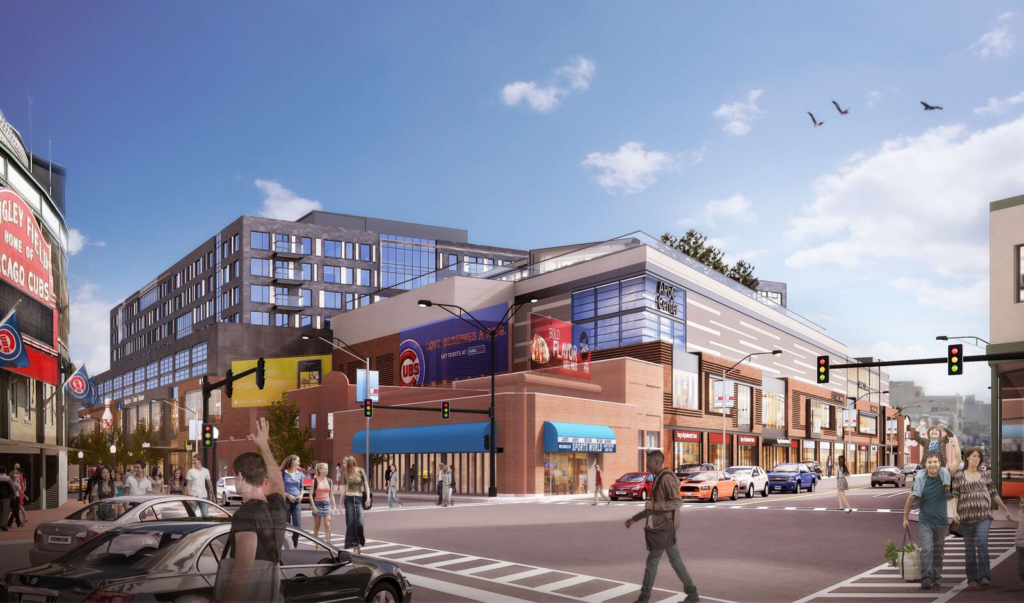 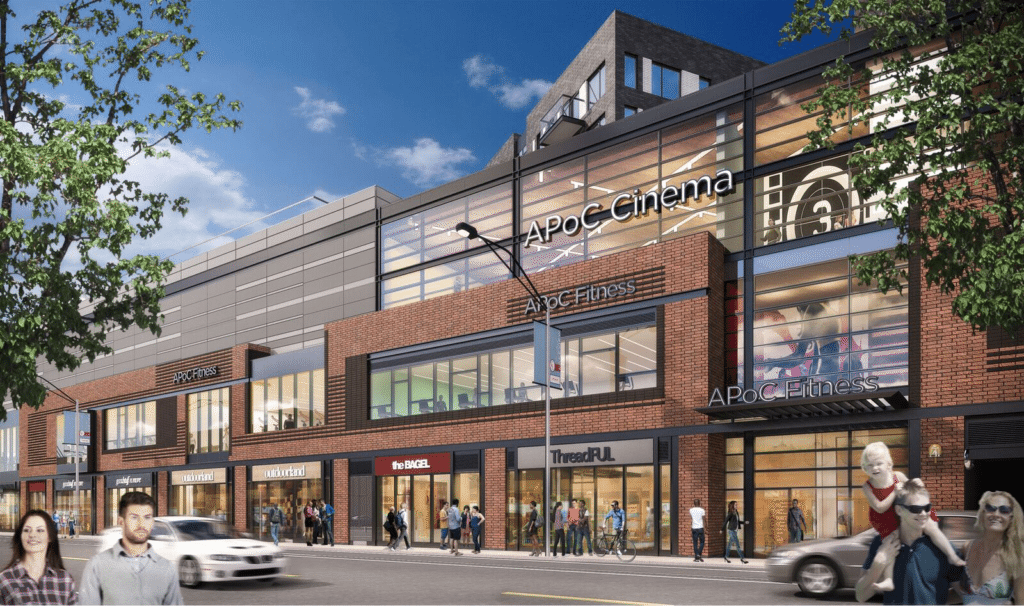 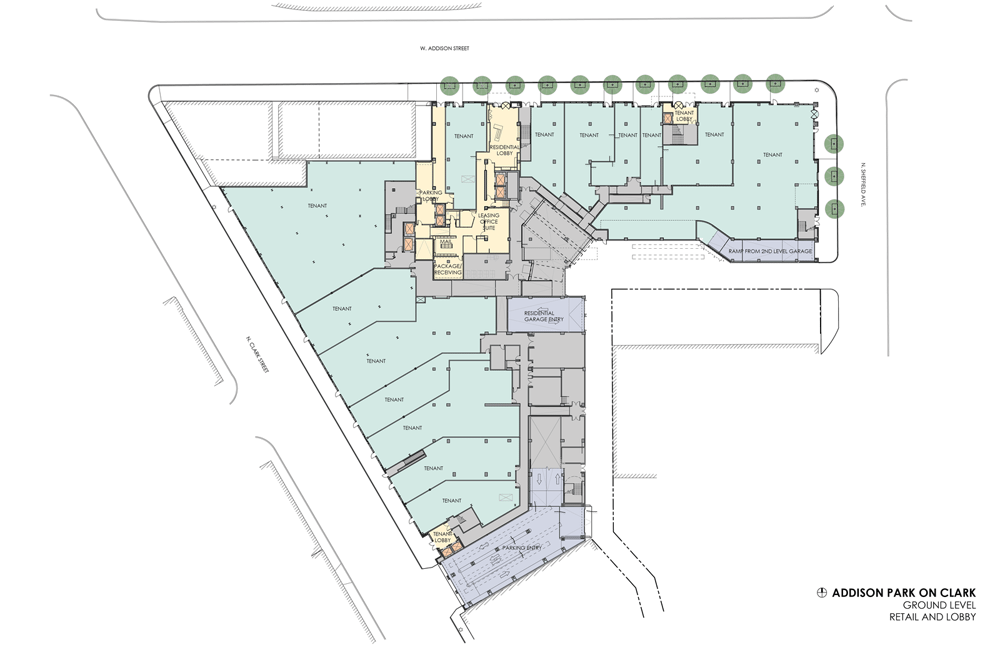 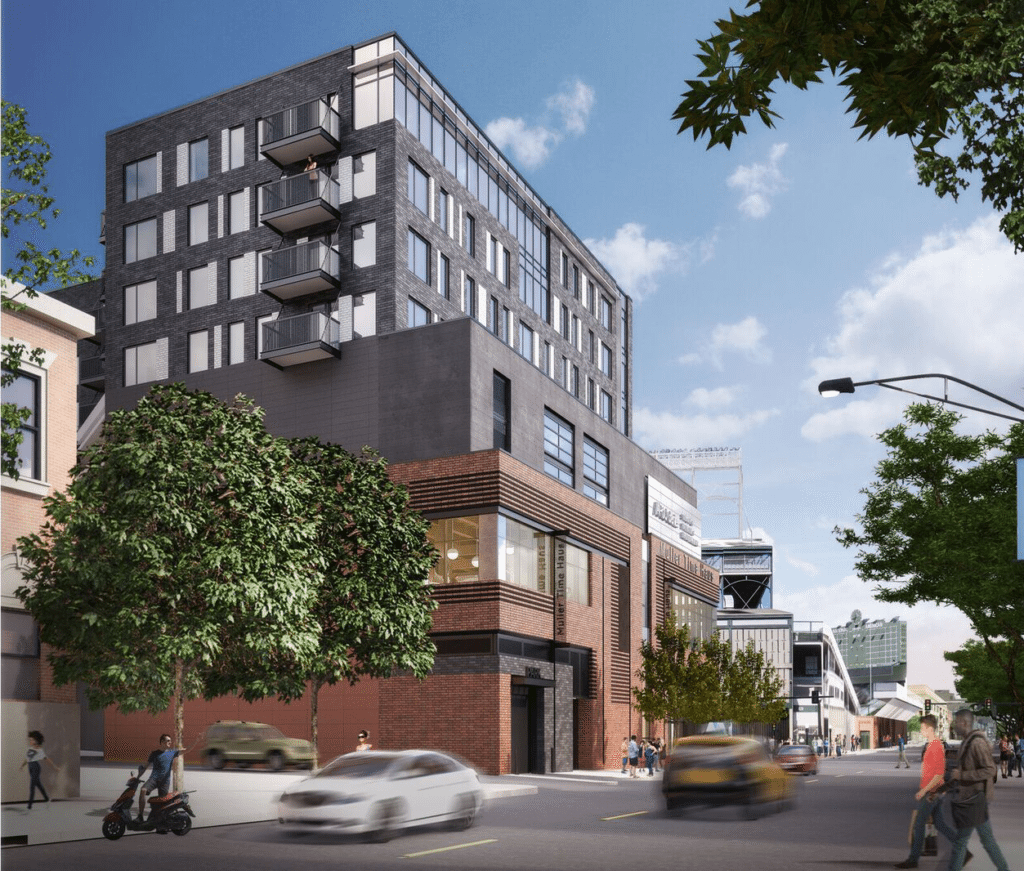 The project is expected to keep the Wrigleyville neighborhood vibrant for residents and visitors year-round, especially during the Cubs’ offseason. And being just a stone’s throw from the Red Line, the transit-friendly building is expected to improve the car-less lifestyle.

Sidewalks will be expanded to make game days less of a headache, expanding to 12 feet wide along Clark Street. Improved pedestrian and bicycle safety are on the docket as well. The building is expected to house significant bike parking.

The development will bring an estimated 200 construction jobs, 400 permanent jobs and more than $7 million in generated city, state and federal taxes annually. If all goes as planned, the building will be open to the public in two years. 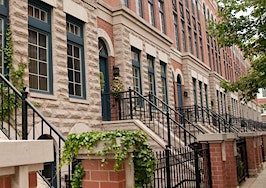 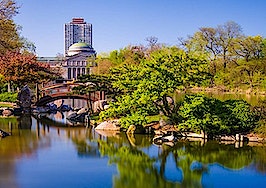 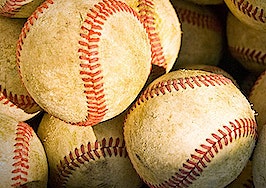