The meaning of luxury is changing.

And no where is that more apparent than in the Bay Area — just ask Robert R. Callan, Jr., a top producer with McGuire Real Estate.

He’s watched as high-end buyers not only get younger but shift their real estate desires, trading extra square footage for prime locations and historical architecture for modern amenities.

Callan, a fifth generation San Franciscan whose grandfathers both owned real estate companies, will be speaking at Luxury Connect (October 19-20) in Beverly Hills.

We caught up with him to talk about the changing landscape of luxury in San Francisco and how real estate agents can excel in the market.

As a fifth generation San Franciscan, what are some of the changes you’ve seen when it comes to what high-net-worth buyers want in Bay Area properties?

As far as the properties in San Francisco proper are concerned, San Francisco was primarily a city with its luxury neighborhoods. These were quieter areas where just the wealthy lived.

If you were a luxury buyer, you would live in these areas. These beautiful areas still exist, but things have changed.

There are so many millionaires and billionaires attracted to the city now, and they tend to be much younger. They like to live in hip and edgier areas.

The previous luxury neighborhoods were generally just on the north side of town. Many of these new high-net-worth individuals like to live on the south side of San Francisco closer to Silicon Valley and in the sunnier weather — so the whole dynamic is changing.

What about shifting luxury aesthetics?

Regarding design, many of the luxury buyers today enjoy the modern look.

Victorians built in 1902 are redesigned with chic open modern interiors.

There is so much construction going on in San Francisco right now. The city is changing.

Also, the large mansion or the highest and best penthouse are not the general trend. Luxury buyers are OK with smaller square footage and and seem to be more interested in a location close to their friends and the newer active areas in the city.

What is one issue that everyone in the luxury market should be focused on in the coming year?

The economy. The upcoming election and world economics are the topic of today.

Real estate will be a good long-term investment in San Francisco. We are still “well-priced” compared to other super cites such as Hong Kong, London and New York. San Francisco is catching up fast.

What piece of advice would you give an agent who is trying to break into the luxury real estate market?

Make the decision that the luxury market is where you want spend your career.

When I first started, I decided that I wanted to be a luxury agent and I joined McGuire Real Estate, the top boutique luxury agency in San Francisco.

Catch more of this speaker at Inman’s Luxury Connect.

I had a mentor, and I worked very hard and learned everything I could. I was not afraid to make mistakes.

Most of all, I knew what I wanted to do, asked for help from people who were doing it and I had fun! 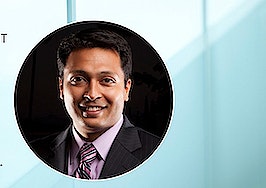 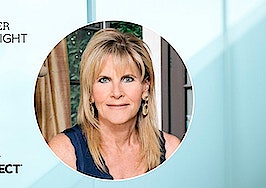 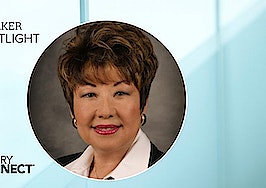 How to impress and win over international homebuyers