Long-term rates slid suspiciously last week — still in-range, but an up-trend based on Fed threats has stopped dead. Markets got little new data to chew on, core consumer price indices, if anything, dipping (up only 0.1 percent in September), housing starts and sales continuing a slow-ish pattern.

Markets got little new data to chew on, core consumer price indices, if anything, dipping (up only 0.1 percent in September), housing starts and sales continuing a slow-ish pattern.

Many in markets mention a trading pause caused by politics, an intake of breath waiting for the conclusion of this strange year. Anxiety that The Donald might actually be elected is now gone altogether, but replaced by concern that the Democrats might sweep Congress. For whatever reason, strangely quiet.

What’s the Fed saying about its rate control?

In the cacophony of market “analysis” out there, I cannot too strongly recommend reading the Fed’s own commentary. Not from its regional banks, but the Chair, the Vice Chair, and Governors.

Last week, Vice-Chair Stanley Fischer delivered a beauty, which (among other things) should embarrass the regional hawk-flock into silence.

Fischer described his use of the Fed’s massive econometric model (FRB/US, “FER-bus”) to isolate the economic variables responsible for our underperforming economy, and to quantify the effect of each variable. Fischer knows as well as anyone the limitations of the model — he has no illusions, but as shaky as it has been in overall economic prediction, it does have utility in isolating variables.

Along the way in the discussion of slow-variables, Fischer laid out the whole debate inside the Fed. And the high-probability conclusion.

Fischer found four elements of drag: a slower economy is itself a source of future drag; then demography, workforce and aging; lower investment; and last, a slower outside world.

How to quantify, and translate into Fed policy? Central to Fed thinking is the “long-term real equilibrium rate of interest, known as r* — “r-star.” Previous to the last few years, r* was thought to be about 4 percent — 2 percent for the real cost of money plus 2 percent for the Fed’s inflation target. The r* number is higher when the economy is naturally hotter or inflationary, lower in times like these.

Everyone at the Fed would like to “normalize” rates. The argument is about the location of normal.

Everyone wants to ‘normalize’ rates — but where is ‘normal’ now?

The hawks have grudgingly knocked their r* value down to about 3.5 percent (shown in the quarterly scattergram, “the damned little dots”), while the group near the Chair sees a value no higher than 2.50 percent.

FRB/US provided a numeric value to each of the components of drag, minus 1.20 percent for slow, minus 0.75 percent for demographics, minus 0.60 percent for investment shortfall, and minus 0.30 percent for overseas conditions — and Fischer acknowledged the probability of overlap and tried to adjust for it. Total: 2.85 percent.

Fisher was asked a couple of weeks ago to compare the risks of not tightening enough from accommodative policy to over-tightening. Now we know the basis for the soft smile which accompanied his answer: “We’re not that accommodative now.”

On Fischer’s math, the Fed has only about 0.75 percent worth of hikes ahead to reach normal — normal for current-era conditions. That feels right.

The hawks’ argument is based on inertia (“normal must be where it used to be”), mis-thinking that tightening is what central banks are supposed to do, and misunderstanding central banking as a form of sadism. We’ll soon see if any hawk has a rebuttal to Fischer.

Meanwhile, the world overseas continues to support Fischer (I think its effects are buried in the general-drag minus-1.20 percent in addition to the isolated minus-0.30 percent). China reported its most-recent quarterly GDP (gross domestic product) growth: a 6.7 percent gain.

How odd. Exactly the same as in each of the prior two quarters.

We have a fair idea where Japan’s economy is, really, and Europe’s. Of China we know only that its growth is fanciful, and dependent on unsustainable credit and subsidy.

Hunch: The recent rise in mortgage and other long-term rates is not a trend-changer, and is as likely to reverse as to continue upward. 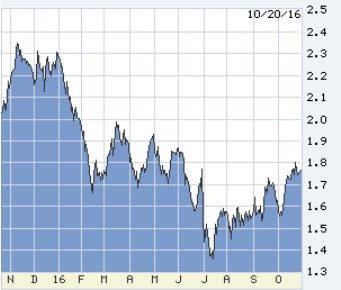 The 10-year T-note in the last year. Holding under 1.85 percent is important. 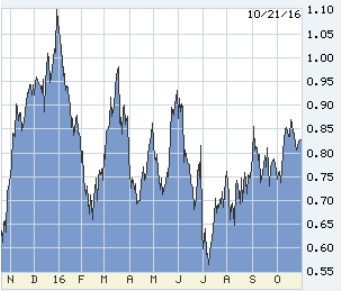 The 2-year T-note is consistent with Fischer, little or no Fed ahead, far into 2017. 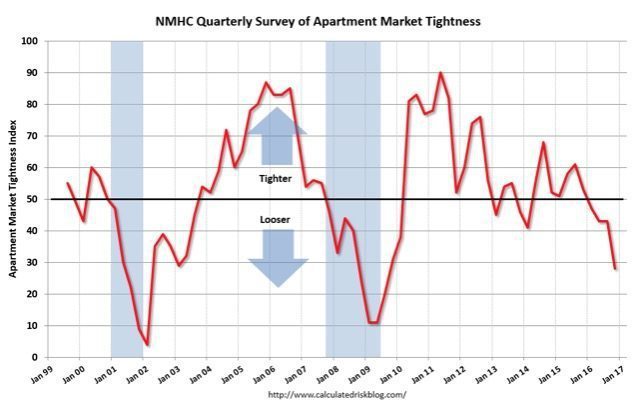 Deepening weakness in the apartment market.

I had not noticed the deepening weakness in the apartment market. Maybe just over-building, maybe an economic indicator, but either way will undercut the housing market and the future economy. 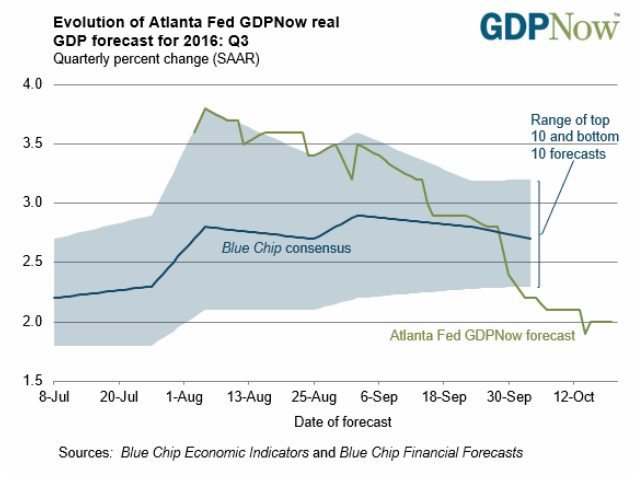 The best that can be said about Q3 GDP: the Atlanta forecast did not fall (more) this week. 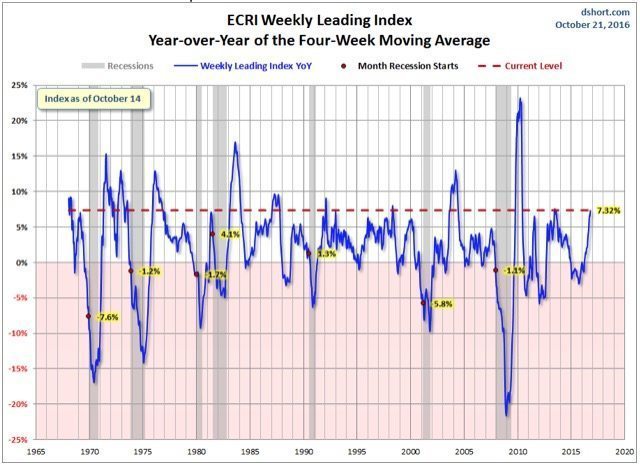 The ECRI (Economic Cycle Research Institute) has a fabulous track record going back to the 1960s, save one false call of recession in 2011. And maybe now, saying the economy is in full-scale boom. 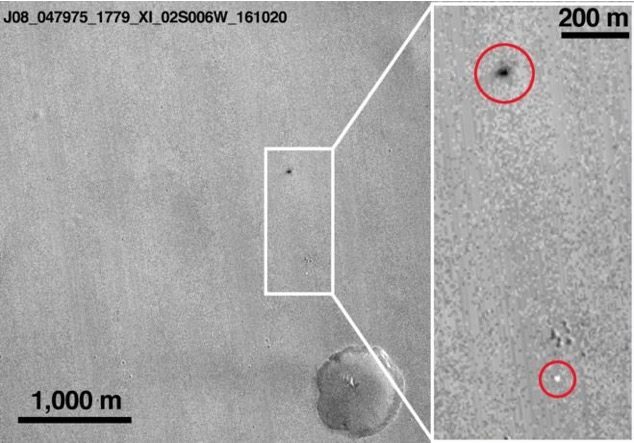 The Mars Reconnaissance Orbiter took this shot of the final resting place of Europe’s Schiaparelli $1.5-billion Mars lander. In the enlargement on the righthand side, below, the lower red circle surrounds the lander’s parachute.

The upper one marks the one thing we know for sure: when the retro-rocket fails on a half-ton lander, you get a very big hole in the ground, visible from space. The same is going to happen to one of the forecasts above.